The ballot is closed and the votes are counted and we can reveal the designs to make it to the final four of our exciting away strip competition.

Receiving a combined total of 72 per cent between them, the shirts chosen were those created by Peter Fleming, who had two make the cut, David Curley and Lauren Leesing.

Peter’s modern take on the old red tartan away kit from the mid-90s was always likely to prove popular. The same can also be said of his use of our traditional yellow as the basis for another entry, but with the added twist of incorporating a faded image of Cappielow into the shirt.

David’s design was similar but used local landmarks to form a shadowed Inverclyde skyline across the front of a jersey that had a dark blue or purplish hue to it.

However, on seeking advice from the SPFL, we were informed the primary colours clashed with our home kit. Therefore, we asked David to tweak his original effort, and he came back to us with a fantastic silver variation of the same design.

Whinhill Primary pupil Lauren, 9, went in a totally different direction and opted for a half and half shirt, divided horizontally, with red on the top and navy blue on the bottom.

These four will be now created and put on public display in Smiths of Greenock in West Blackhall Street on Friday 9 December. Voting will then reopen, with the opportunity to vote in Smiths, or in the Greenock Telegraph, where votes will count double.

Finally, voting will close on 16 December, at which point votes from the paper and those registered at Smiths will be counted and the winner announced.

Morton in the Community’s Brian McLaughlin said: “We continue to be overwhelmed by the response to competition and can’t thank everyone enough for their support.

“Through the fans vote in the Greenock Telegraph, we are now down to the final-four stage and it will be exciting to see the prototypes when they go on display next month.

“There is a real variation between the designs and I’m really looking forward to seeing which one comes out on top when the Ton support has its final say.” 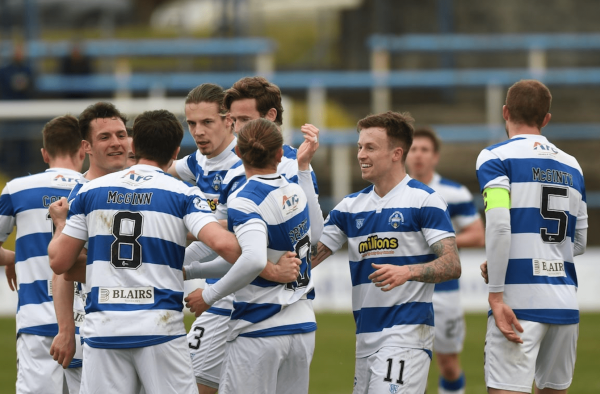 Team up with the ‘Ton for the Hearts game!

The date of our William Hill Scottish Cup fifth round tie against Rangers has been confirmed as Sunday 12 February, with the fixture to…