Aways fans to return to the Cowshed

In response to feedback from supporter liaison officer Craig Skinner, the club have taken the decision to set aside a portion of the Cowshed for away fans.

Newly appointed SLO Craig recently reported that a subject that has frequently arisen since he assumed the role last month is the possibility of dedicating a section of the terracing to the opposition.

This was an idea that chief executive Warren Hawke was already exploring in consultation with our safety officer John Malcolm and his deputy Jim McLaughlin.

All parties agreed this was achievable, and allied to Craig’s information that it was something our fans felt would improve the atmosphere in the ground, the green light was given by the board of directors.

The necessary building work to ensure spectator safety is now underway and away supporters will return to the Cowshed before the close of the current campaign.

They will be housed in a section to the far left of the enclosure towards the Wee Dublin End, separated from the home fans by a sponsored mesh netting and a sterile area.

Craig told gmfc.net: “Quite a lot of supporters mentioned to me they would like the Cowshed to be like the ‘good old days’ and hopefully this can do just that.

“It is encouraging to me as SLO as I feel this shows that the club are taking fan feedback on board and doing their best to make sure fans are having a great day out at Cappielow.

“Personally, I think it’s great that we’re going to have away fans back in the Cowshed. It used to be the norm, so many fans will appreciate the atmosphere it will generate.

“For younger fans it provides a new opportunity to be closer to the away fans, which is something they might not have experienced.”

Warren added: “Appointing Craig Skinner as our SLO was part of our commitment to engaging with, and listening to, our supporters. And one of our key priorities is maximising their matchday experience with us.

“I played in front of the Cowshed back in the days when it was shared by both sets of supporters and used to get a thrill from the noise and atmosphere it generated.

“Returning to that was a concept we were laying the groundwork for, and when Craig came to us to say that supporters were keen to see away fans return to the Cowshed, it really was a no-brainer.

“The safety of all supporters is always a priority. With that in mind, we had a list of items that needed to be addressed and I am happy to state the work is now in progress.

“Although I wouldn’t like to put a specific date on it, we are confident it will be operational before the current campaign is over.” 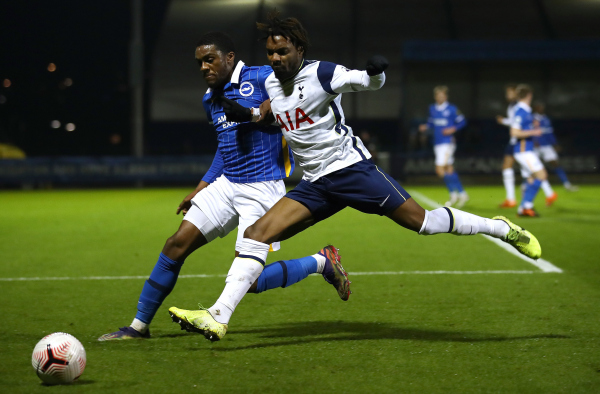