Greenock Morton Football Club are thrilled to announce the signing of Jim McAlister on a one-year contract that sees him return home to Cappielow after eight years away, subject to international clearance.

Rothesay-born McAlister broke through the ranks here as a teenager and went on to make 272 appearances, scoring 19 goals, in the blue and white hoops between 2002 and 2010.

The 32-year-old moved to Hamilton Accies and then enjoyed three-year spells with both Dundee, with whom he won the Championship in season 2013/14, and Blackpool.

He departed the English League One outfit at the end of last term, and manager Ray McKinnon has swooped to secure the experienced midfielder’s signature for the season ahead.

He told media and communications officer Jonathan Mitchell: “We are absolutely delighted to have been able to add Jim McAlister to the squad.

“He brings real quality to the midfield area, which I think is looking very, very strong. He brings us that mobility and strength and determination. His attributes are fantastic for us in terms of how we want to play this year.

“Jim is experienced and we’re going to need that right throughout the season – the experience of him and Chris Millar combined with the youth of Charlie Telfer and Michael Tidser there as well. The balance is very good.

“But he’s still at a great age with a lot to offer. Like Chris Millar, he’s in great shape and he’s desparate to go and play football. That hunger is really important as well.

“He wants to come back and play here, which is huge. His connection with this club, that understanding of the club, is a bonus. He and Chris are the type of characters who are desparate to come back and do well here.

“I’ve sold them that we want to be really competitive in this league and be right in the hunt this season, and they’re really up for that. It’s just a fantastic signing for everybody at the club.”

To sponsor Jim’s home or away shirt for season 2018/19, please contact our sales executive Lesley Ann by emailing la@gmfc.net. 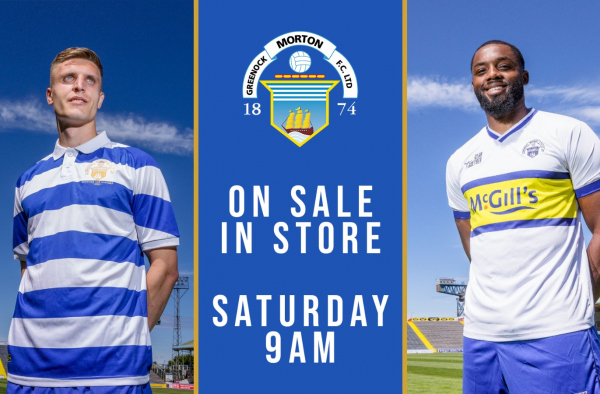 New Kits To Launch Saturday at 9am

Johansson: Players must be up for the Cup