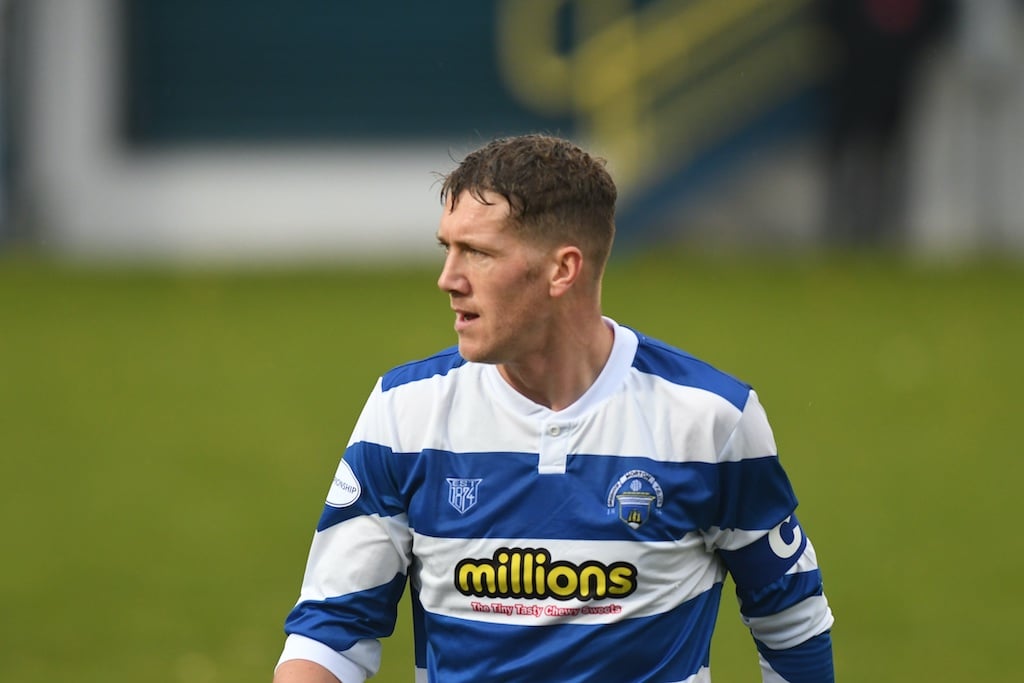 Greenock Morton are today sad to announce that club captain Jim McAlister has taken the decision to retire from professional football after this Saturday’s game against Arbroath.

Jim hangs up his boots at the age of 35 after an impressive career which has included two spells at Morton and spells at Hamilton, Dundee and Blackpool.

The future club captain made his debut for the ‘Ton way back in December 2002 as an 18 year-old, coming off the bench in a 1-0 win against Peterhead during our Third Division title-winning season.

Fast forward to the 2004/05 season and Jim became a virtual ever-present in the Morton first team and would go on to pick up another winner’s medal in 2006/07 when he helped the club to the Second Division title.

Jim’s first spell at the ‘Ton eventually came to an end in 2010 after 272 appearances when he signed for Hamilton.

In the years that followed, Jim would also feature in Dundee’s Championship winning team in 2013/14 before getting a chance to test himself in England with Blackpool.

Jim returned home to Cappielow in 2018 and was quickly appointed club captain, a role in which he has continued ever since.

In his second spell at the club, he reached the milestone of 350 appearances for the ‘Ton in our first league game of the 2020/21 season, a 1-0 win against Alloa.

His final goal for the club came in our 2-1 win at East End Park against Dunfermline back in December; that is unless he decides to go out in style with another tomorrow!

Jim has been a regular in the ‘Ton starting line-up this season but has sadly taken the decision to hang up his boots to pursue a career elsewhere and everyone at the club respects that decision.

Having made a total of 360 appearances, Jim sits 10th in the all-time list of Morton appearances and has been a model professional throughout his career, as well as a fantastic leader as club captain.

Everyone at the club would like to wish Jim good luck in his next venture, and offer him a wholehearted ‘Thank You’ for his efforts and commitment to Greenock Morton FC over the years.  It goes without saying, Jim will always be welcome at Cappielow Park in the future and we will all have happy memories of his time with the club.

After his years of service, we would love nothing more than to have fans at Cappielow tomorrow to celebrate his career and wish him well, but we hope you will tune in tomorrow to the live stream on ‘TonTV to watch Jim McAlister’s final game for Morton, and his final game in football.