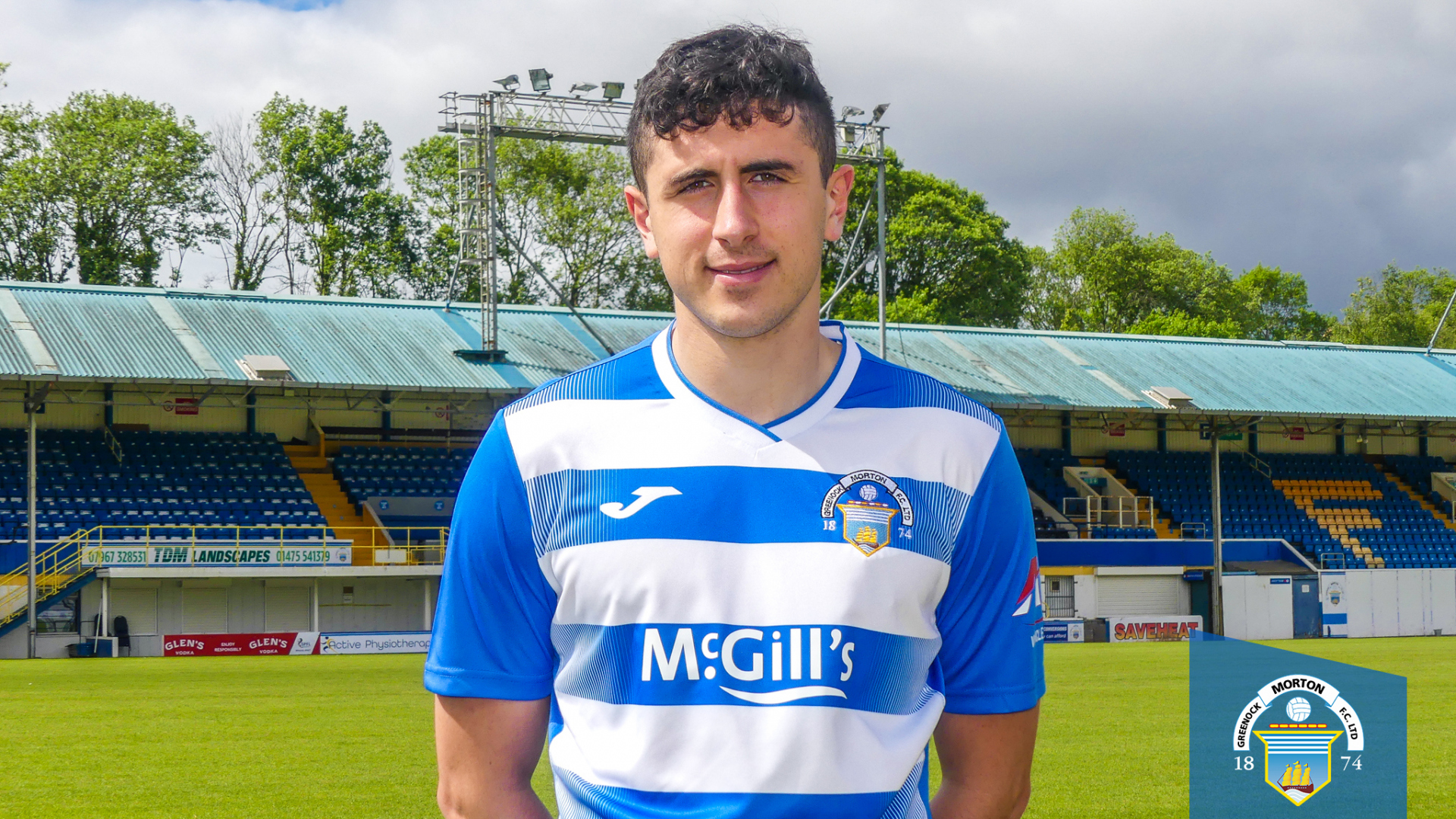 Greenock Morton are today delighted to announce the signing of Carlo Pignatiello on a pre-contract agreement from Livingston.

The 22-year-old utility player made his first Scottish Premiership appearance in September 2020 as a late substitute against Celtic and has spent time on loan at BSC Glasgow, Stranraer, Arbroath and most recently Dumbarton.

Carlo becomes the second signing for Ton boss Dougie Imrie ahead of the new season and will put pen to paper on a deal keeping him at Cappielow until summer 2024.

Morton gaffer, Dougie Imrie, had this to say on his newest recruit, “I am absolutely thrilled to get Carlo signed up for next season, I obviously know him from my time at Livingston and know the qualities he brings to the squad, he’s a real utility player that can fill a number of positions in defence and midfield. Getting business like this done early is crucial to build ahead of the new season and we’re looking to get another one over the line in the coming days.”

Make sure to purchase your season ticket for the season ahead and don’t miss a moment of cinch Championship action at Cappielow. Purchase details can be found here.