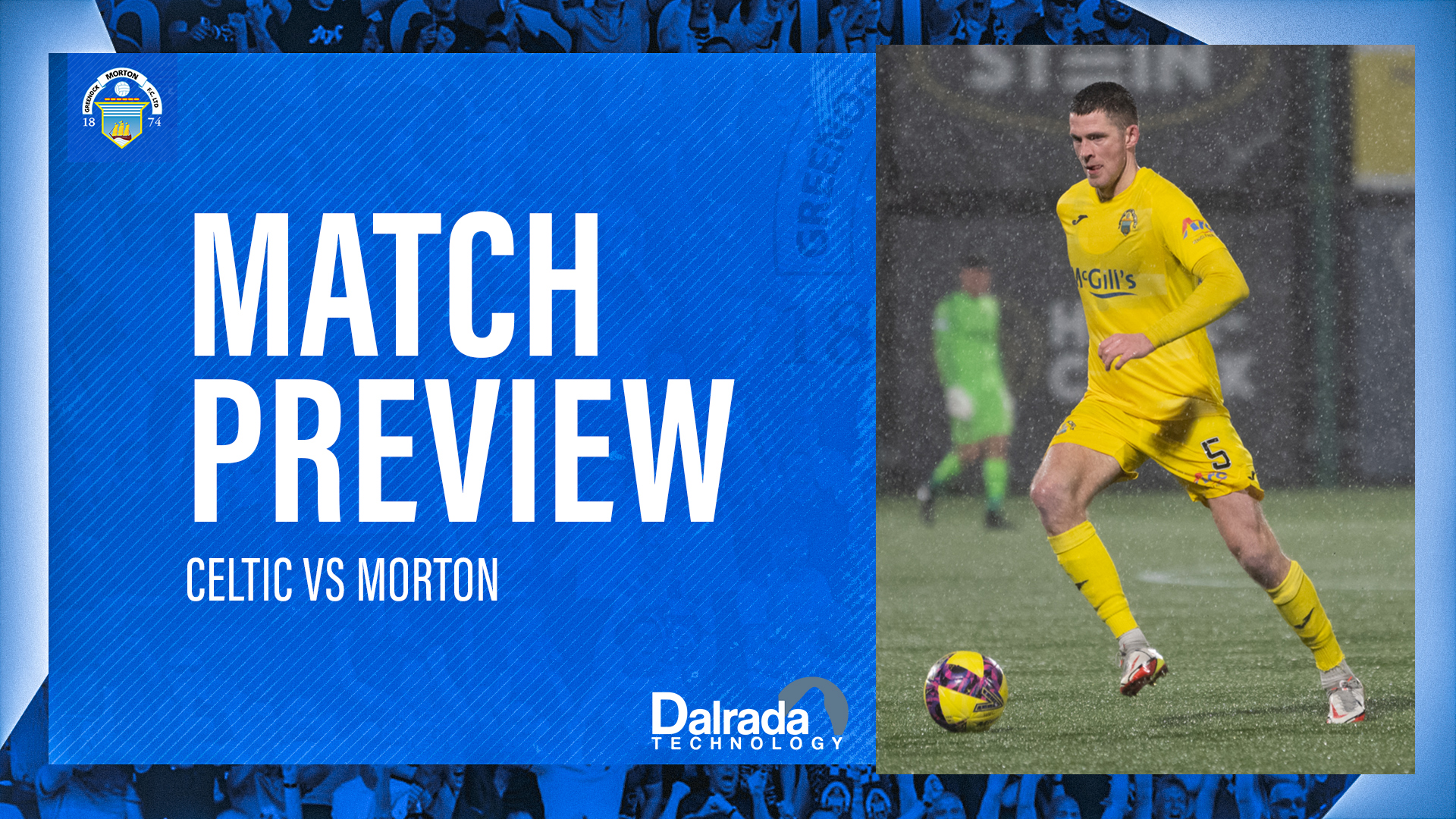 Live on BBC One

It’s a break from the league tomorrow afternoon as Scottish Cup action returns for another round.

Morton continue their Scottish Cup campaign tomorrow afternoon, making the trip to Celtic Park in the Scottish Cup Fourth Round. The Ton come into this match on the back of two losses to start the year following that great unbeaten run in the cinch Championship. The team will not be short of support as over 2000 Morton fans are due to be in attendance for what will be the biggest and toughest test of the season.

Last season’s Premiership winners Celtic come into this match having won four of their last five matches and will be looking to carry on that form as they start their own Scottish Cup campaign. Dougie Imrie will be hoping to inspire his side in a similar fashion to that famous night in 2013 but is under no illusion about how difficult the task tomorrow will be. Last time out between these sides saw a 3-0 win for Celtic in the Scottish Cup Quarter Finals back in 2018.


For supporters travelling by car or bus to the match, please be aware of roadworks on London Road as you approach Celtic Park.

Celtic have also communicated that all kiosks within the stadium are cashless and will only accept card payments.

VAR will also be in use for tomorrow’s fixture.

We caught up with Dougie Imrie yesterday as he looks ahead to tomorrow’s match.

9 – Robbie Muirhead is the current top scorer in all competitions for Morton this season.

Current Ton players Efe Ambrose and Calvin Miller have both previously played for Celtic with Ambrose winning four league titles with the Glasgow side.

Stephen Welsh previously spent time on loan at Cappielow having played for Morton in the first half of the 2019/20 season.