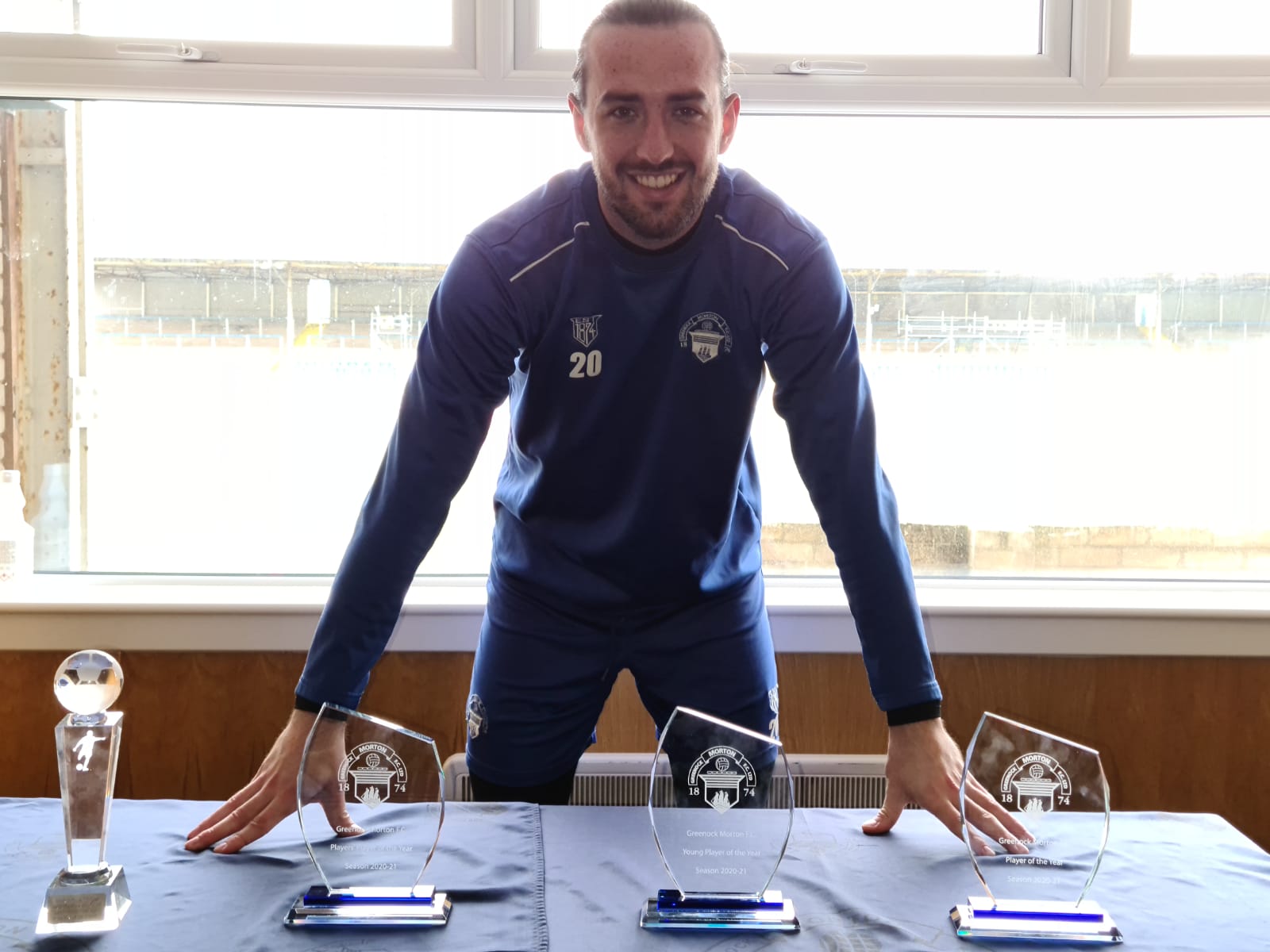 Clean Sweep for McAdams at Player of the Year Awards

The event was presented by Gerry McDade and Andy Ritchie live from the Douglas Rae lounge at Cappielow and broadcasted on ‘TonTV to supporters with the first team squad and management staff in attendance courtesy of Zoom.

And after weeks of online voting polls, the King of Cappielow announced the winners of the different categories on a night that paid tribute to the hard work and effort that the first team have put in throughout a season unlike any other.

Craig McGuffie was presented the Goal of the Season award for his sublime finish against Dundee at Cappielow in February and the 23-year-old discussed what that goal meant to him on a personal level and stressed that it would be nice to have a repeat of it on Friday night against Arbroath.

Away from the football side of things, the inaugural Douglas Rae Special Recognition Award recognised someone who has had an outstanding contribution to the local Inverclyde area and someone who has worked tirelessly to show that Greenock Morton isn’t just a football team but an integral part of the whole community. The recipient of the 2021 Douglas Rae Special Recognition Award was presented to Morton in the Community Chief Executive Brian McLaughlin who spoke in more detail about the hard work the organisation carry out on a day to day basis.

The spotlight from the night shone on McAdams though who after featuring in every single game this season received all three of the main club awards and the Port Glasgow Morton Travel Club Player of the Year award bringing his total honours to four for the season.

The club would like to thank everyone who took part in voting and would also like to thank Millions Sweets for sponsoring the event.

Baird: It’s up to us to take care of Queens now