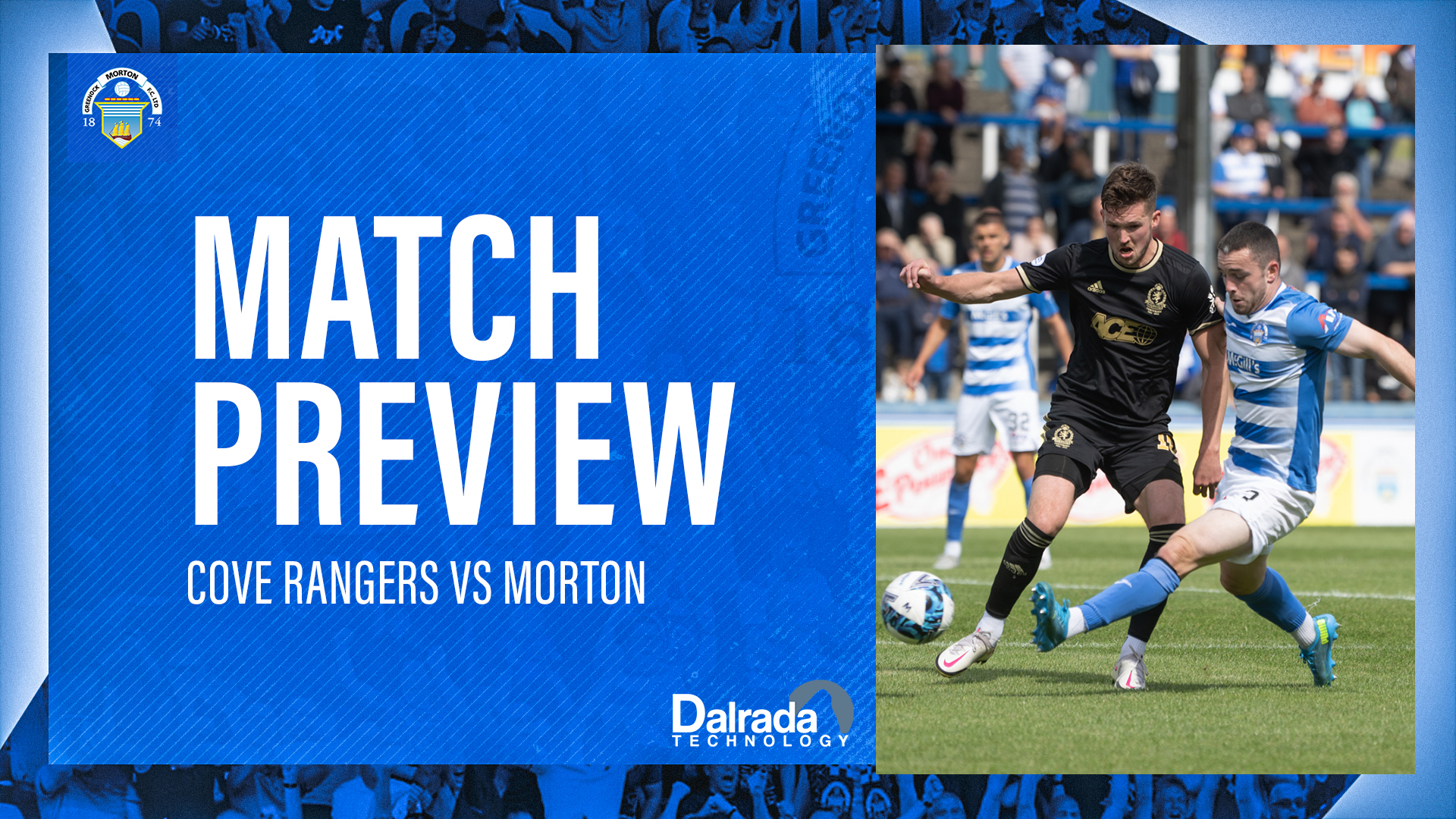 Morton go into this game remaining the form team in the cinch Championship following a 2-1 win at home to Partick Thistle whilst Cove Rangers are coming off the back of a 1-1 draw away to Arbroath.

The Ton’s current unbeaten run has stretched to seven games following last weekend’s win at Cappielow Park supported by Dalrada Technology with five wins in that run. The squad will look to keep the good times going as they aim for eight games unbeaten with a win potentially placing the Ton at the top of the league come close of play depending on results elsewhere.

Cove Rangers host Morton in a league match for the first ever time and come into the match on a run of one win, three draws and one loss in their last five matches. Last time out between these sides it was a 1-0 win for Morton at home thanks to a second half Jai Quitongo volley.

We caught up with Dougie Imrie yesterday afternoon as he discussed tomorrow’s match.

6 – Robbie Muirhead is the current top scorer in the league with 6 goals.

15 – Morton currently have the best defensive record in the league having conceded 15 goals across 15 games.

Captain Grant Gillespie will miss tomorrow’s match through suspension after receiving his sixth yellow card of the season against Ayr United.

There are no current connections in this match.

Tomorrow’s match marks just the second meeting between Morton and Cove Rangers since 2004 when the Ton ran out 7-1 winners in the Scottish Cup Second Round.

Admission prices are as follows:

Please ensure you purchase tickets for the AWAY end. When purchasing online, these tickets can be found towards the bottom of the ‘Available items’ section.

Tickets can also be purchased from the ticket office prior to kick-off, however, it is strongly advised to purchase in advance.