Debut goal was bittersweet for Reghan

Defender Reghan Tumilty said it was a bittersweet experience to score on his debut after the team ultimately went down to a 2-1 defeat away at Partick Thistle in Tuesday night’s Betfred Cup tie at the Energy Check Stadium.

Tumilty, who only signed a one-year contract with the club hours before making his first start, was pleased to find the net but felt the Ton deserved at least a draw from the match after dominating the second half. 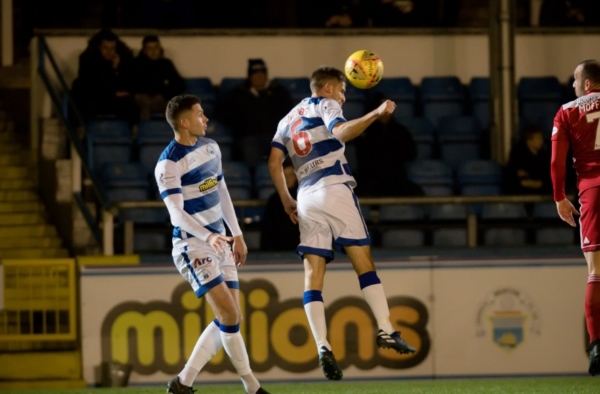 Ayr United versus MORTON Saturday 15 February 2020 Somerset Park, Ayr Kick-off 3.00pm by Ewan Boyle Scene Setter In what should be…