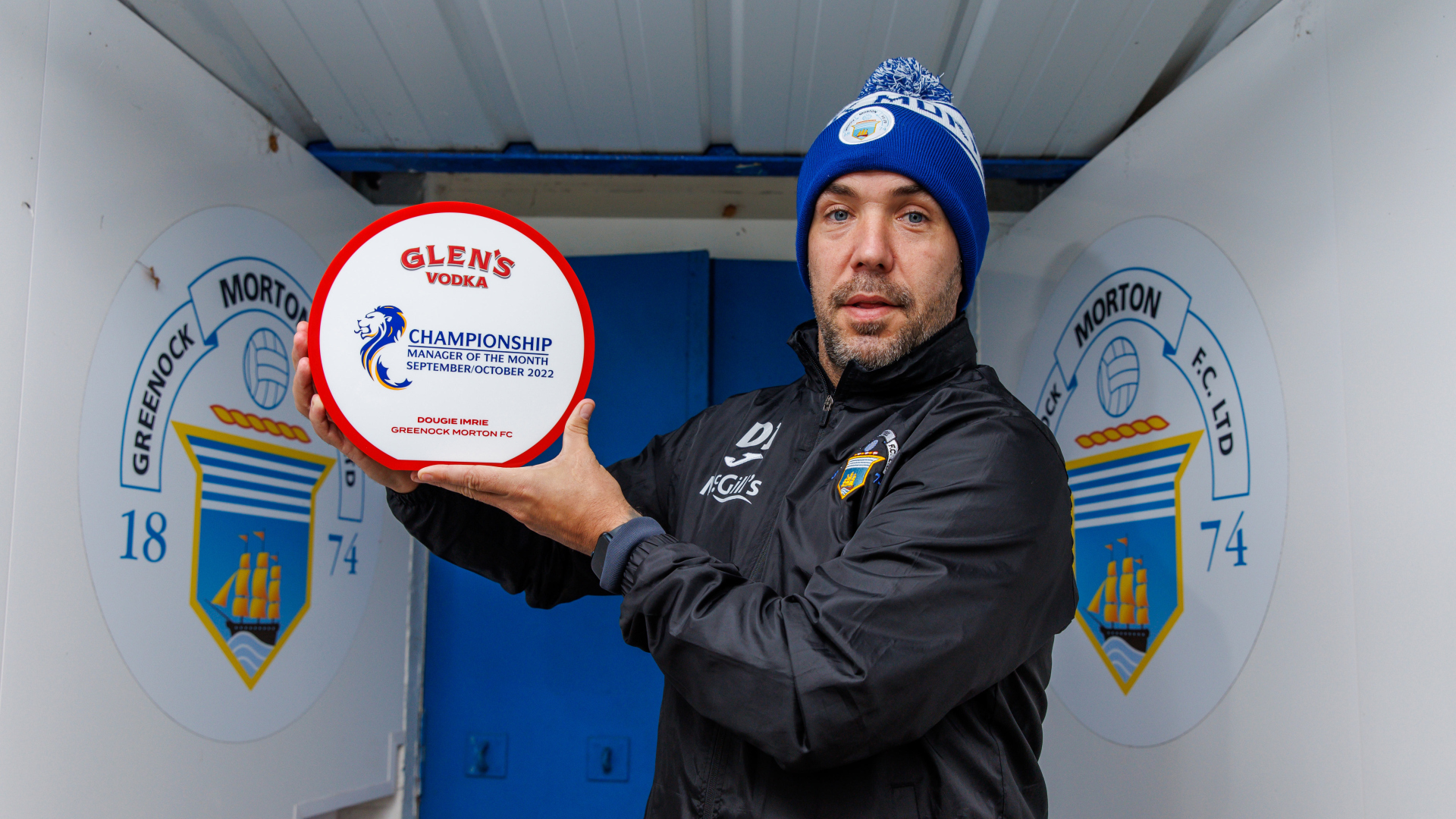 Dougie Imrie has today been named the Glen’s Championship Manager of the Month for September/October 2022.

This award covers two months as it takes into account the two fixture rounds in September, as well as all of the October results covering 8 games in total.

In this time, the side have picked up 4 wins and 1 draw with the biggest victory coming in a 5-0 win at home against Hamilton Accies on October 8th. Other notable results include a 2-1 win away to Queen’s Park and a comprehensive 4-0 victory at home to Inverness C.T to end the month of October in second place.

The team also managed to equal the clean sheet record from 2016 making it 4 consecutive games without conceding between October 8th and October 28th.

This is now the third Manager of the Month award for Dougie Imrie in his short spell at the club which has only seen 8 months of competitive football action. December will mark one full year of Dougie Imrie as Manager of Morton and he had this to say on winning the award:

“It’s an absolute pleasure to be winning this award for the months of September and October. To have won the award for a third time now is a huge honour but I wouldn’t be in a position to receive this without the efforts of the players and coaching staff, you don’t get the results on the park without them.”

Come along this Saturday and cheer the boys on as we look to take the current unbeaten run to seven games against Partick Thistle.
Tickets – https://www.gmfctickets.co.uk/