Manager Jim Duffy was pleased with the professional manner in which his side negotiated a potentially tricky William Hill Scottish Cup tie away at junior opponents Beith on Saturday.

Morton put the West of Scotland Super League Premier Division club to the sword with three goals in either half to walk away comfortable 6-0 victors.

And Duffy, whose team now host Falkirk in the fourth round of the competition on Saturday 21 January, praised the way his players handled the occasion and the way were able to progress with the minimum of fuss.

“We scored some terrific goals. I mean, two or three really good goals, and one or two that we probably should have scored – their keeper made a couple of good saves.

“But overall, coming here was a very, very tricky tie for us. Beith are the Scottish Junior Cup holders; they are a very good side with some really good players and have only lost twice here in 18 months, a phenomenal home record.

“They gave everything and never stopped chasing and were still trying to get a goal in the final few seconds in the game, so to win as comprehensively as we did, and the way we played, was really pleasing.

“We told the players all week that it would be a culture shock coming here. Even if you mention the slope, people still don’t expect it to be as dramatic as it is – it’s a proper slope and has a camber as well.

“It’s very, very strange. Almost like an optical illusion when you look at it, but we adapted to it really well, and because the pitch was good, which was the main thing, and it was a good day, we managed to get the ball down and play.

“If they grass was longer or the pitch would have cut up or if we played with the wind against you coming up the hill, it might have been trickier, but all those things favoured us. Most importantly, the attitude was magnificent from the players.

“They competed and I mean, simple things like Gary [Oliver] going in for a tackle that set up Michael Tidser’s goal showed we were there to compete. If we had to tackle we would tackle and if could play we would play.

“But it was a good game played in the right spirit by both teams, and, from our point of view, we’re delighted to be through to the next round of the tournament and look forward to playing Falkirk at Cappielow.”

The Ton boss made three changes to the team that drew 0-0 with Dundee United in their last outing, replacing Michael Doyle, Gaving Gunning and Andy Murdoch with Jamie McDonagh, Lee Kilday and Michael Tidser.

He explained: “The changes were partly tactical. We brought Michael Tidser in to left midfield because we wanted both our full-backs to go, because we knew it was a really tight pitch.

“I felt that if we just played with two out-and-out wingers and they sat with a back five then there wouldn’t have been any space. So with Ross [Forbes] on the right and Michael coming in it, it gave Jamie and Mark [Russell] space on the flanks.

“We put Tam O’Ware into midfield because I was maybe expecting a few more longer balls and for it to be competitive in the middle of the park.

“I felt there was an opportunity to get Lee back in the team again. He’s been out through injury for a good number of weeks and it was good for his confidence to get back in amongst playing again.

“Although Gavin has been outstanding for us, I just felt we would be on the front foot more often and could afford to ease Lee back in again. He’s a top-class player, the captain of the team, but he’s had to sit and wait because of our performances.”

There were five different scorers against the Mighty – Ross Forbes, Michael Tidser, Jamie McDonagh, Thomas O’Ware, who scored a double, and Jamie Lindsay – and Duffy was pleased to see different departments chip in with goals.

He added: “Ross, Michael, both Jamies and Tam all scored and that was good. Tam sitting allowed Ross and Michael to go and gamble and he gave us a presence in both boxes from set-pieces, scoring with a header. Most things went pretty well for us.”

John Sutton's reserve squad host Dundee at Cappielow this afternoon in a Reserve League One fixture, with a 2pm… 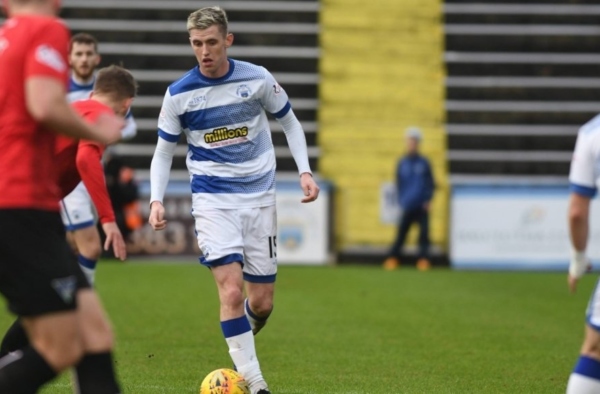 We can reveal that midfielder Dylan Dykes has today departed the club with immediate effect.The 23-year-old arrived at Cappielow…