Duffy: We know we have to be at our best v QP

Jim Duffy has warned his Morton squad that they cannot be at anything less than their best against Queen’s Park tonight or risk suffering the same consequences as last season.

The Ton host Gus MacPherson’s Spiders at Cappielow in their first home outing of 2017/18 as they look to add to the three points picked up in Saturday’s Betfred Cup opener at Berwick Rangers.

They also crossed swords with the Hampden outfit last term, losing 2-0 at the National Stadium to exit the Irn-Bru Cup, and gaffer Duffy says that shows that his team must have their mentality right to avoid a repeat.

He told gmfc.net: “It’s going to be a tough match, and it’s another game in which we need to add a little bit to what we did against Berwick, to be sharper in key areas, and see if we can get another three points.

“Gus MacPherson has done an outstanding job at Queen’s Park. You have to remember, they’re an amateur club and don’t pay any wages.

“They’ve got to encourage boys to come there with maybe the possibility of moving on, and that’s what’s happened time and time again at Queen’s Park over the years.

“Also recently, in the last couple of years under Gus, he’s moved a lot of players into the professional ranks, so I’ve got a great admitation for the job that he’s done there.

“And I know that his team will to come to Cappielow determined to put on a show and make it very difficult for us. If we’re not up for it; if we’re not right at it then you can lose these sorts of games.

“If we’re not at our best, if we don’t move the ball a lot quicker, if we don’t capitalise on our chances, then they’ll stay in the game.

“They’ve got a goal threat and will look to capitalise on any mistakes we make, so we need to make sure we have the right determination and the right mentality to go about our business.

“You hope that we learn a bit from Saturday. That if you don’t take your opportunities then the opposition will keep at it and make it difficult, and the game become a bit scrappy.

“So you want players to understand that, that if we want to improve as a team that these are the games we have to do it.

“You’ll probably have the lion’s share of the ball, but it’s not about having the ball – it’s about what you do with it that’s important, and in that aspect we need to be a little bit more clinical.”

Although Robert Thomson and Lewis Strapp are added to the squad after missing out at Berwick, it looks as though Gary Oliver will drop out due to a throat infection.

When asked for team news, Duffy explained: “Robert trained today [Monday] and was a little bit protected, but he trained and Lewis Strapp is okay, and both of those players will come back into the squad.

“Gary Oliver has a virus, a throat infection really, and he’ll be doubtful. But all the other players came through the match on Saturday and should be okay and just Lee Kilday and Thomas [O’Ware] will be missing with long-term injuries.” 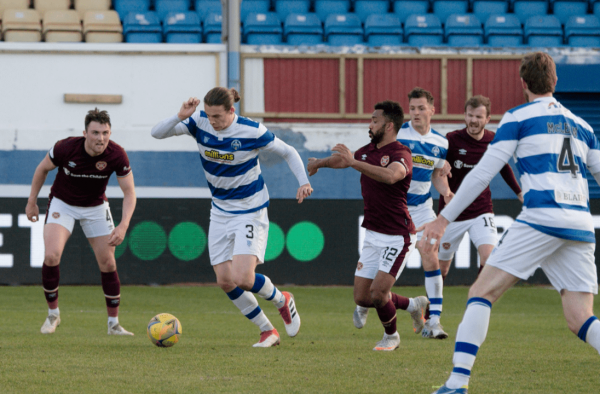