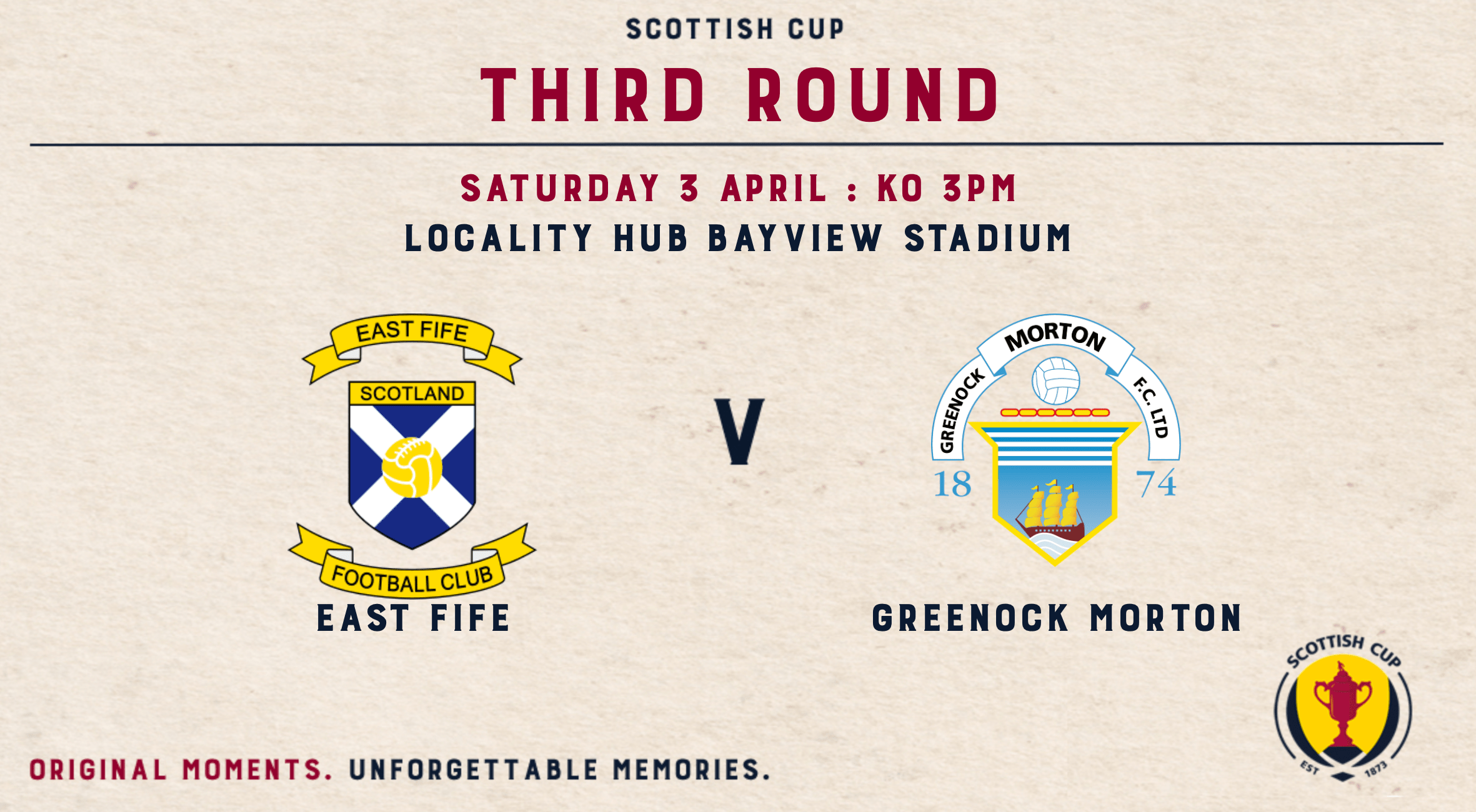 Following last night’s victory over Dunfermline Athletic in the second round of the Scottish Cup, it has now been confirmed that we will play East Fife in the third round with the tie to be played at Bayview on Saturday 3 April.

Full details will be announced in due course.

Our Scottish Championship fixture against Inverness Caledonian Thistle scheduled for this date will now be rearranged.