Gary Oliver expects another tough game on his side’s return visit to Glebe Park tomorrow and says the emphasis is on trying to score an early goal after taking until the 81st minute to break down a resilient Brechin last time.

The 22-year-old has sound reasoning to support his belief, as it was his fifth-minute strike that set Morton up for an emphatic 4-1 win when the clubs clashed at Cappielow in December.

Oliver also reflects on Tuesday’s 1-1 draw with St Mirren, looks back at 2017 and picks out his highlights, including his favourite goal, but says he hasn’t made any resolutions for 2018. 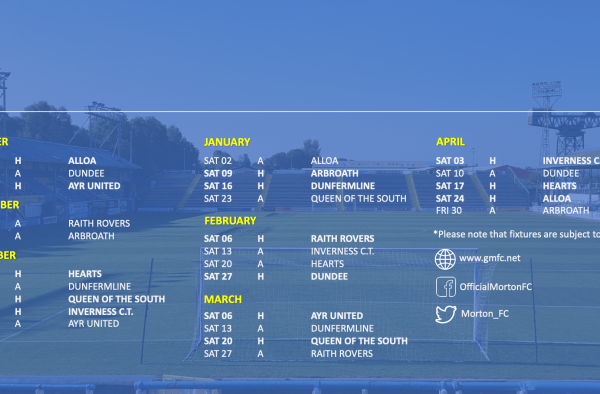 The SPFL have this afternoon released the 2020/21 Championship fixture list, and we kick off the campaign home to…
News 28/09/2017