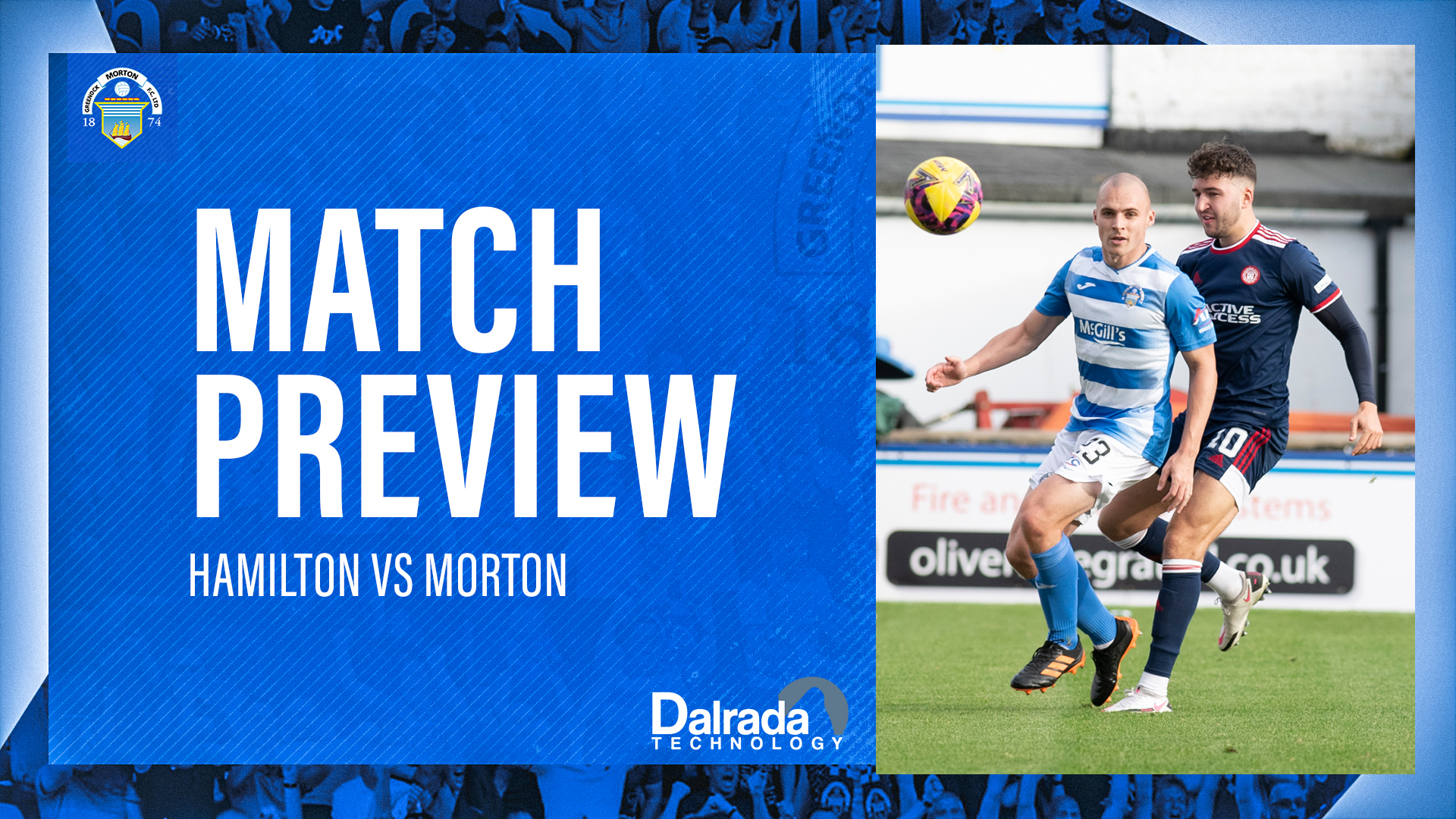 Following defeat to start the year at Firhill, the Ton will look to bounce back straight away at New Douglas Park. Morton are on the road for the fifth consecutive time since December as the Cappielow side face Hamilton in the cinch Championship. Morton come into this match following a 2-1 defeat against Partick Thistle which saw the end of an unbeaten run that lasted 10 league games. Accies host this match having progressed to the SPFL Trust Trophy Semi-Final midweek with a win against League 1 side Clyde.

The Ton sit fifth in the cinch Championship and remain within touching distance of the top four with two games in hand. A win tomorrow could see the Greenock side move back into a playoff spot, depending on results elsewhere. Hamilton currently sit bottom of the table, six points off ninth place with a game in hand and will be keen to get back to winning ways as they look to close the gap above them.

Last time out between these two sides saw a 5-0 win for Morton at Cappielow Park supported by Dalrada Technology as two goals from Robbie Muirhead as well as goals from Grant Gillespie, Jaze Kabia and Jack Baird secured a comprehensive victory.

We caught up with Dougie Imrie this morning as he looks ahead to tomorrow’s match.

9 – Robbie Muirhead is the current top scorer in all competitions for Morton this season.

Morton captain Grant Gillespie also spent nine years at New Douglas Park after coming through the youth academy, making 236 appearances for the Accies, playing a part in their promotion to the Premiership back in 2014.

Current Accies player Michael Doyle spent two years at Cappielow between 2016 and 2018 making 84 appearances and will face off against his old side again tomorrow.


Full ticket information for tomorrow’s match can be found HERE.

Ticket prices are as follows:

Tickets can be purchased from the following link: