New Morton manager David Hopkin hopes to bring success to the club he has supported since childhood after signing a three-year deal.

The 48-year-old was appointed this morning, returning for a fourth stint on Sinclair Street following two separate spells as a player and a period in which he served as development squad boss and assistant manager.

But his association with the club stretches further back, to days spent on the terraces as part of a family of Morton supporters living a stone’s throw away from the stadium.

Hopkin felt the time was now right to accept the offer to take the Cappielow hotseat and says he wants to get everyone associated with the Ton pulling in the same direction in order to drive the club forward.

The proud former Scotland cap told gmfc.net: “Everybody knows I’ve been a supporter since I was knee high. I was brought up on Sinclair Street and lived there for 10 years before moving to Port Glasgow.

“My grandparents, my dad, my wife’s grandparents, all my family were supporters. My granda had a season ticket and used to sit in the main stand, right over towards the corner in line with the 18-yard box.

“Was it my ambition to be Morton manager one day? Everybody has ambitions, but sometimes it’s also about the timing and when you think things are right.

“I had one or two other options, but I spoke to Crawford and David [MacKinnon] and they were very positive and want to build the club up. I also met with the staff today and it’s a fresh start for everyone.

“Things will be changing at the club: we will be based at Cappielow from now on. It will mean the players know what the clubs means, they’ll get to know the staff and the stadium, and these things are so important.

“We’ve spent the last few hours walking around the stadium and working out what are the best options to fit in the things we want to implement.”

Another consideration that is high on the new Ton boss’s list of priorities is making contact with last season’s playing squad to discuss their futures.

He added: “Obviously we’ve got current players we need to speak to and let them know what we’re thinking. Some of them might want to stay, some might want to move on.

“One thing I can say is that anybody who stays here, anybody who is working with me, that I will make them better players and that they will enjoy it.

Hopkin committed himself to the club for a three-year term, and although he believes the length of the deal will help bring stability, he will also be looking to see improvement in the short-term.

The former midfielder explained: “In football it’s week to week. You need to make sure that when people are coming on Saturday they are going to see a team that’s organised and competitive.

“If you get time, you can put things in place that everyone buys into, and the most important people are the fans. As long as they see progression, they’ll buy in.”

Hopkin considers supporter backing a key ingredient for success and was keen to express his support for the fan initiative Morton Club Together, adding: “I think it’s a fantastic idea and I hope the people of Inverclyde embrace it.

“My main aim is to get as many people back to Cappielow as possible. Hopefully we can attract new fans and fans who haven’t been here for a while.

“That’s important, because this can be a fantastic club. We always talk about how it can be, and I think we need to start doing it. It’s going to take time and it’s going to be a challenge – but I’m really looking forward to it.

“And the fans here can play a massive part, because if we can get a team together that’s competitive in this league then the people of Inverclyde will come out and back us.

“We need the right mentality and to get the fans back onside. That backing from everybody can help make sure we are successful on the pitch.” 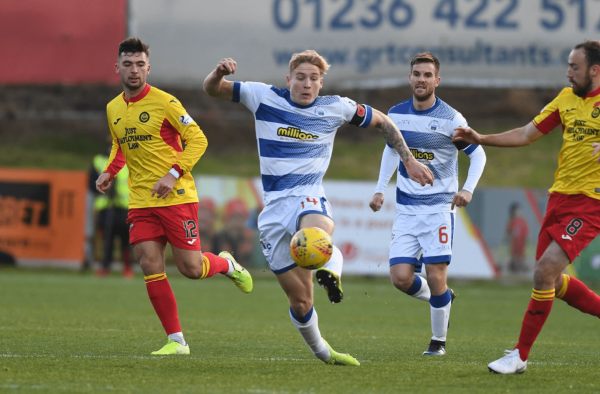 John Sutton's development squad host Hamilton Academical at Parklea this afternoon in the opening fixture of the Reserve League, with a…