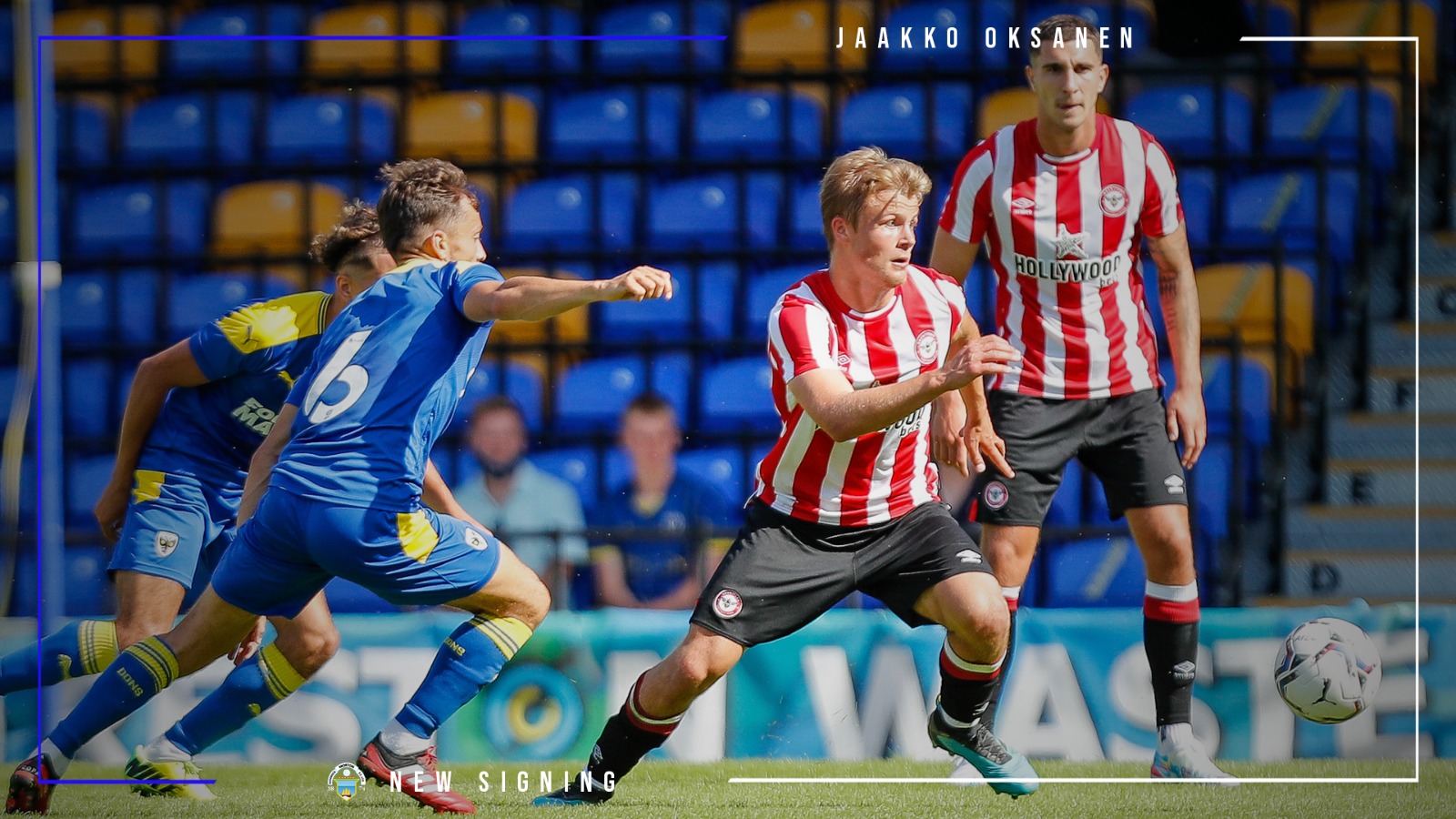 We are delighted to report that midfielder Jaakko Oksanen has tonight joined the club on loan from Brentford, subject to international clearance.

Starting his career in his home city of Helsinki, Oksanen entered into the youth academy of HJK Helsinki and made his senior debut for the club in 2017. He moved south west of Europe in 2018, signing a contract with Brentford and spent last season on loan to League One side AFC Wimbledon.

The Finland U21 internationalist has signed a temporary transfer until January and becomes manager Gus MacPherson’s second signing of the day.