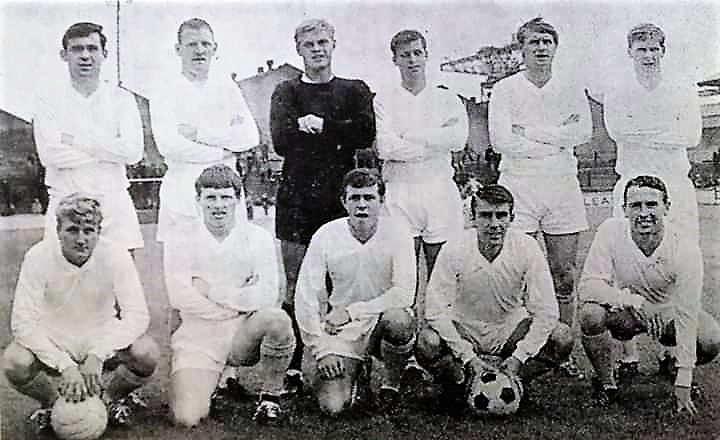 Greenock Morton Football Club were saddened to learn of the passing of former player Jack Bolton, who featured for the club during 1966/67 season.

John McCaig Bolton joined the club on 2nd June 1966, along with fellow Ipswich defender Joe Davin. Both players subsequently helped Morton to a record-breaking promotion season, setting records for the number of League wins and points achieved and for the fewest goals conceded in the Second Division. But both moved on at the end of the season, in Jack’s case returning to his first club, Raith Rovers, before finishing his senior career at Dumbarton.

Born in Lesmahagow, Jack’s first senior club was Raith Rovers, whom he joined in March 1961 from Highland League side Nairn County. A tall, athletic defender, Jack played 23 games for the Kirkcaldy side in the following two seasons principally as a centre back. One highlight was a cup-semi-final appearance against Celtic in April 1963, before being transferred to Suffolk during the closed season. He spent three years at Ipswich, making over 70 appearances for the “Tractor Boys” scoring a couple of goals.

Our picture shows Jack, second from right in the back row, making his debut for Morton in a League Cup sectional tie against East Fife in August 1966. With regular centre backs Hugh Strachan, Billy Gray and John Madsen at the club, Morton used Jack in a more advanced position at left half or inside forward, and indeed he featured a couple of times at centre forward. And for a spell, he became a “goal machine”, scoring 13 goals overall in 27 appearances. Only star strikers Joe Mason and Joe Harper scored more in that Championship winning season! The highlight was a 4-goal haul in October 1966, as league leaders Morton thrashed Stenhousemuir 9-1 at Cappielow.

Jack returned to Kirkcaldy at the start of 1967/68 season, making a further 81 appearances for Raith Rovers in the subsequent 3 seasons, before moving to Dumbarton in 1970, where he played for a further three seasons making 111 appearances.

However in almost 250 games in Scotland, the only team he scored for was MORTON!

Our thoughts go out to Jack’s family and friends at this time.