Defender Jack Iredale marked his Queen’s Park debut by helping his loan side to a cleansheet and 1-0 away win against East Fife.

The 21-year-old Australian, who played the full 90 minutes, said in a post-match Tweet referencing images of himself in action: “Good 1-0 win on debut with the lads today. Need to work on the facials when heading though!”

Midfielder Ben Eardley continued his impressive start to his temporary stint at Greenock Juniors by scoring in a 4-1 victory over Lesmahagow.

Greenock gaffer Tommy Molloy told gmfc.net: “Ben played the full 90 and score. He took time to settle but was arguably the best player on the park in the second half and deserved his goal.”

Lewis Strapp experienced his first defeat in an Elgin City shirt. Despite picking up the sponsors’ man of the match award, the left-back couldn’t prevent the Borough Briggs outfit from going down to a 1-0 loss against Annan Athletic.

Goalkeeper Jamie McGowan made a positive first appearance for Troon as the Ayrshire side recorded a thumping 5-2 triumph at home to Shettleston.

Under-20s midfielder David Anderson made the most of his first Johnstone Burgh start by providing an assist in a 3-2 win over Lanark at Keanie Park.

Striker Scott Miller came off the bench with half an hour remaining of Clydebank’s 5-0 loss away at junior powerhouses Auchinleck Talbot. 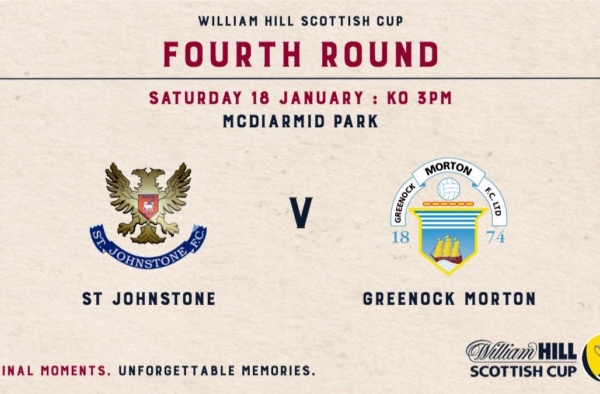 Ahead of our upcoming William Hill Scottish Cup match against St. Johnstone, the admission prices have been agreed by…