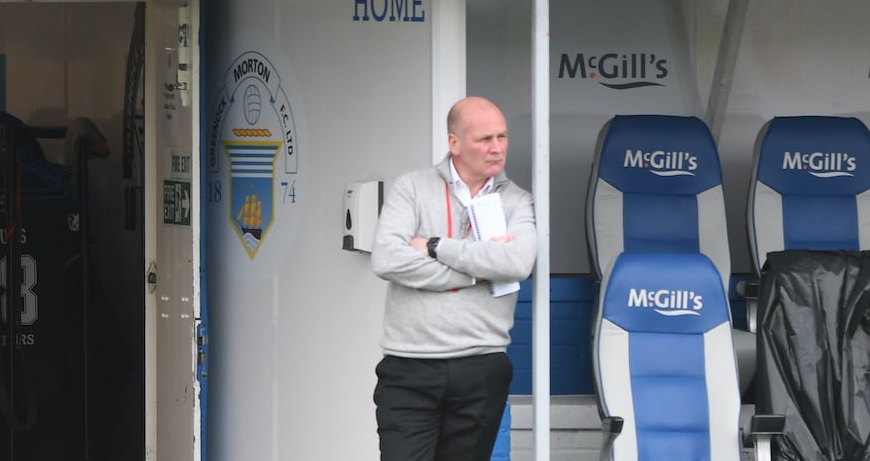 Manager Gus MacPherson says that Friday night’s performance against Motherwell in the Scottish Cup has inspired his player’s to go and get a result against Hearts in the Scottish Championship tomorrow evening at Cappielow.

The Sinclair Street side lost on penalties to the Premiership outfit but showed they were no pushovers and the ‘Ton boss believes that if his team can maintain the same level of performance shown against the Steelmen going into the last three matches then they can climb the league table to safety.

With the situation so tight at the bottom end of the league, MacPherson has praised the Greenock men’s hard work and commitment heading into two massive weeks for the club.

He said: “I thought the players were excellent on Friday night, from the very first whistle to the end of the penalty shootout they were outstanding.

“We played against a Motherwell side that has tried and tested Premiership players and we forced them to change around a bit to counter what we were doing, I cannot fault any of their efforts.

“They’re a disappointed bunch after coming so close but they’ve used that to their advantage and are highly determined to get something from tomorrow’s game.

“Hearts are coming down here as the champions and that’s how they will play so it’s up to us to spoil their moment and we know that if we perform to the same levels as we have done in recent games then we can get take something from them.

“I can’t criticise too many performances since myself and Andy [Millen] have been here but the one thing that we need to do is be more clinical in front of goal, we need to be ruthless in that area and make our intentions clear.”

MacPherson also confirmed that forward Kazaiah Sterling’s loan with the club has ended early and he has returned to Tottenham Hotspur.

The ‘Ton boss explained: “Kaz left us at the end of last week and has went back down to England to return to his parent club.

“I’d like to thank him for his contributions in the short time we got to work with him and I would also like to thank Tottenham for their assistance.

“Everyone at the club wishes him the very best for the future.”

In terms of other team news he added: “We don’t have any injuries from Friday night so have plenty of options to choose from.

“It’s now over to the players to put in a performance and secure points on the board that will get us to safety.” 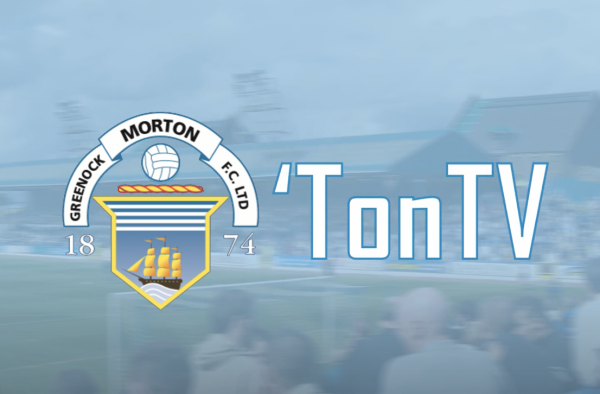 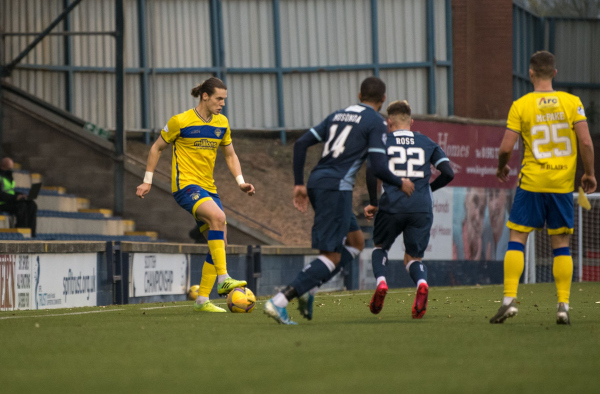