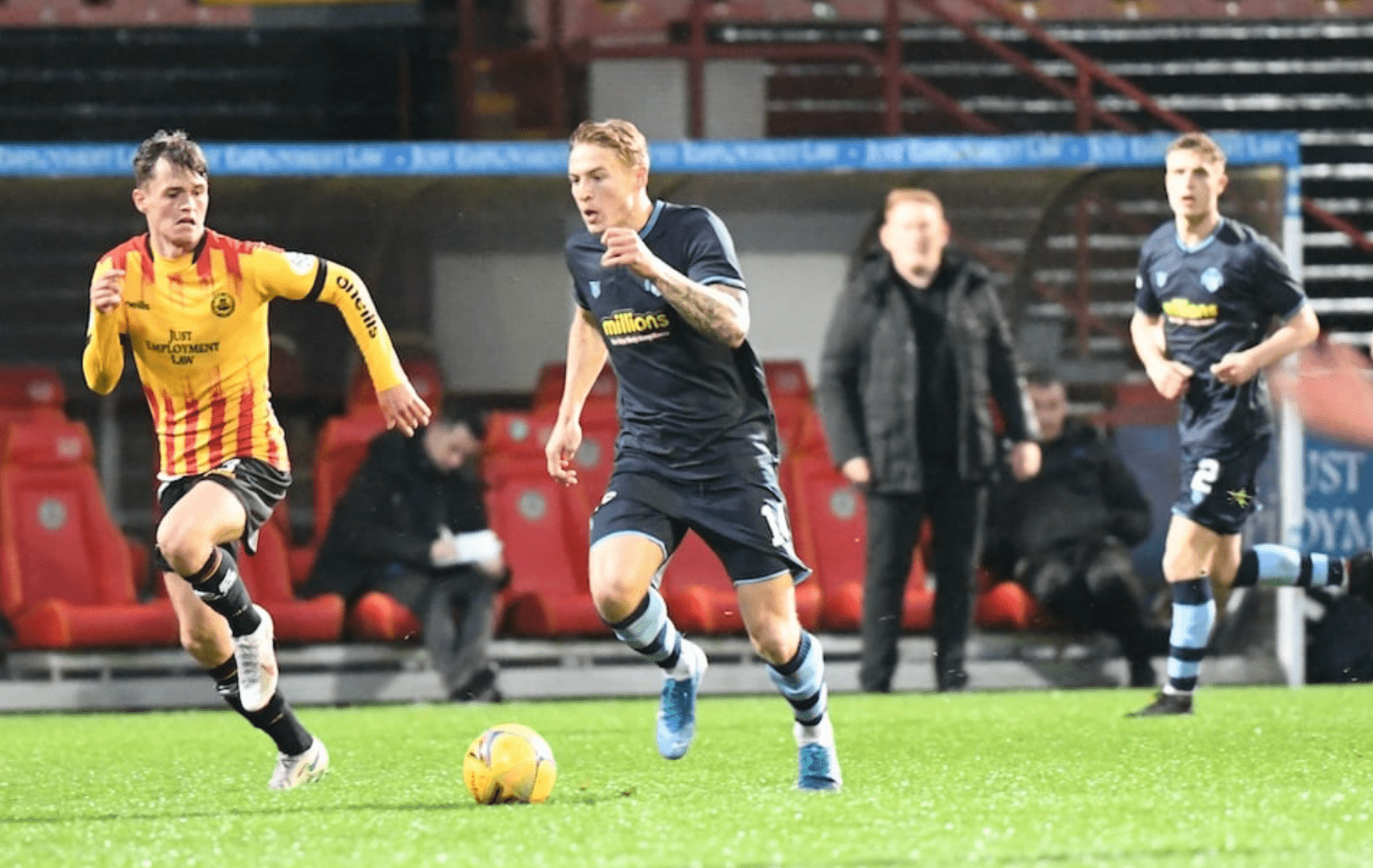 Morton return to league duty tomorrow afternoon as they take on Arbroath at Gayfield Park in the Scottish Championship.

The ‘Ton suffered two penalty shoot-out defeats against St Mirren and Partick Thistle respectively in last week’s Betfred Cup double-header and can look back on some positive performances throughout the Group stages including that Renfrewshire Derby.

David Hopkin’s men will be looking forward to getting back to Championship action and there would be no better way to mark that return than picking up the points at Gayfield tomorrow.

It has been a tricky start to the new season for Dick Campbell’s Arbroath, only earning 1 point from the first 4 games. However, the Red Lichties’ will take heart from securing a spot in the next round of the Betfred Cup following last week’s fixtures.

Former Morton goalkeeper Derek Gaston signed for Arbroath in the summer of 2019 after a successful 7 years at Cappielow. Gaston, a fans favourite, made over 200 appearances and was a crucial part of the squad that lifted the League One trophy in 2015.

Bobby Linn signed for Morton in January 2007 scoring 2 goals in 22 appearances. A veteran of Scottish football, the forward then departed for East Fife in October 2007 and has since been at Arbroath from 2013.

Luke Donnelly came to Cappielow on loan from Celtic in the second half of 2016/17 season, making 7 appearances. After departing Celtic, the forward enjoyed spells at Queen’s Park and Stranraer before making his move to Arbroath in January this year.

Kris Doolan joined Arbroath in August following his short loan spell at Morton. The 33-year-old was hampered by an injury during his time with the ‘Ton and as a result, made only 1 appearance.


Sean McGinty’s first ever goal for the ‘Ton would be enough to earn a point at Cappielow in a 1-1 draw with Arbroath in what would be the last competitive game before the 2019/20 season was stopped prematurely back in March.

As both sides headed into the second half goalless, it would be Arbroath who would get the opener of the game to break the deadlock as Craig Wighton’s effort from just inside the box went into the bottom left corner to give the Lichties the lead on 49 minutes.

David Hopkin’s side applied heavy pressure throughout the entire second half and their patience was rewarded in the last minute. A corner into the box was flicked on to Sean McGinty who was able to head the ball over the defensive line and into the back of the net for a crucial equaliser.

To purchase your pay per view pass for Saturday’s game please go to ArborathTV and register.

The price of tomorrow’s match is £10 and it will be available until Sunday evening if you cannot watch live at 3pm tomorrow afternoon.

Should any supporter experience difficulties when looking in or purchasing the stream then please e-mail support@arbroathfc.tv.

Morton drawn away to Beith Juniors in Scottish Cup

We were tonight drawn away to Beith Juniors in the third round of the William Hill Scottish Cup, with the tie set to be played at…