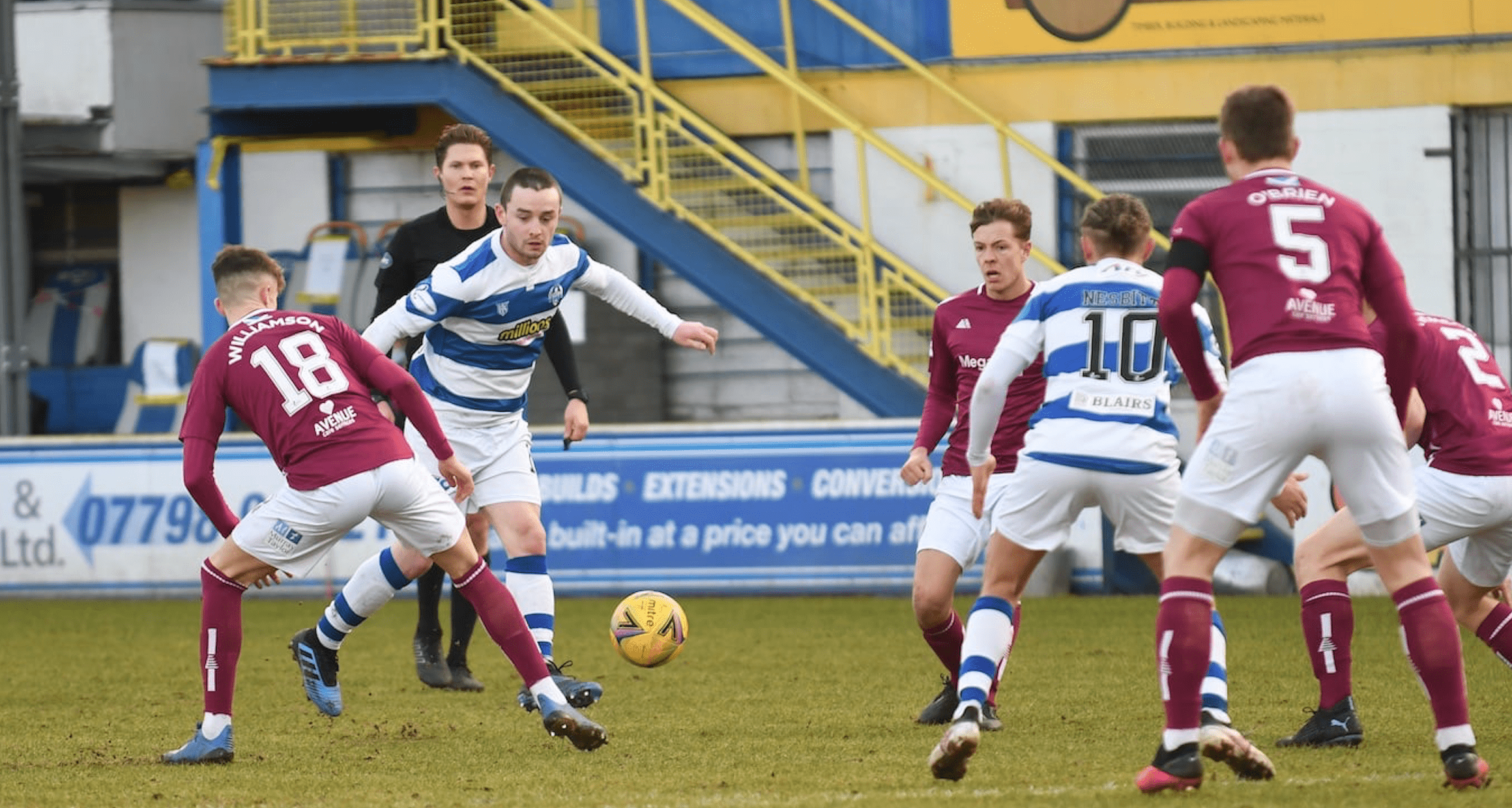 The stakes could not be higher tonight as Morton travel to Arbroath for the final league game of the 2020/21 Scottish Championship campaign.

The ‘Ton head into their decisive league encounter following back to back draws against Hearts and Alloa last week and manager Gus MacPherson has declared tonight’s match as the biggest game of the season with his team hoping they can secure safety by gaining a massive three points.

As it stands the Sinclair Street side are in ninth position, joint on 28 points with Ayr United who are ahead on goal difference and both sides are only one point behind the Red Lichties who are seventh on 29 points.

Eyes will also be on The Honest Men as they make the long trip to Inverness this evening, a defeat for David Hopkin’s side would mean the ‘Ton only require a point to avoid the play-off however MacPherson admitted that his side are solely focussed on doing their part and ensuring a victory without having to rely on the result in the Highlands.


29 – The ‘Ton have scored 29 goals in all competitions so far this season.

Former Morton goalkeeper Derek Gaston signed for Arbroath in the summer of 2019 after a successful 7 years at Cappielow. Gaston, a fans favourite, made over 200 appearances and was a crucial part of the squad that lifted the League One trophy in 2015.

Bobby Linn signed for Morton in January 2007 scoring 2 goals in 22 appearances. A veteran of Scottish football, the forward then departed for East Fife in October 2007 and has since been at Arbroath from 2013.

Luke Donnelly came to Cappielow on loan from Celtic in the second half of 2016/17 season, making 7 appearances. After departing Celtic, the forward enjoyed spells at Queen’s Park and Stranraer before making his move to Arbroath in January last year.

Kris Doolan joined Arbroath at the start of the campaign following his short loan spell at Morton. The 33-year-old was hampered by an injury during his time with the ‘Ton and as a result, made only 1 appearance.


Morton suffered their first home defeat of the year as they narrowly lost 1-0 to Arbroath in the Scottish Championship at the end of January.

Dick Campbell’s side would provide the crucial blow on 77 minutes when Jason Thomson floated in a cross that was met by Jack Hamilton who put the ball past McAdams and into the net to put his team in front.

With the ‘Ton now behind and hunting for an equaliser, Jim McAlister came off the bench on 79 minutes to bid a fond farewell in his last ever appearance for the club after the skipper announced his retirement from playing just a few days prior to the game.

Although Morton continued to get into promising positions as the final whistle neared there was a lack of conviction about their play and they failed to get on level terms as Arbroath were confirmed winners, their first three points since December.

Tonight’s game will be available to purchase for £12 via ArbroathTV.

The match will be online until the evening of Saturday 1st May , so even if you can’t physically sit down and watch the game at 7.45pm, you can still relive the entire 90 minutes at a time that suits you.

Reminder if you do have any issues the live chat box on arbroathfc.tv is the best place to get help. There are operators in place and will answer your problem there and then, you can also email support@arbroathfc.tv directly.

Greenock Morton are delighted to announce the signing of Billy King on a short term deal until January 2020,…
News 14/11/2018

Waddell loan extended until end of the season