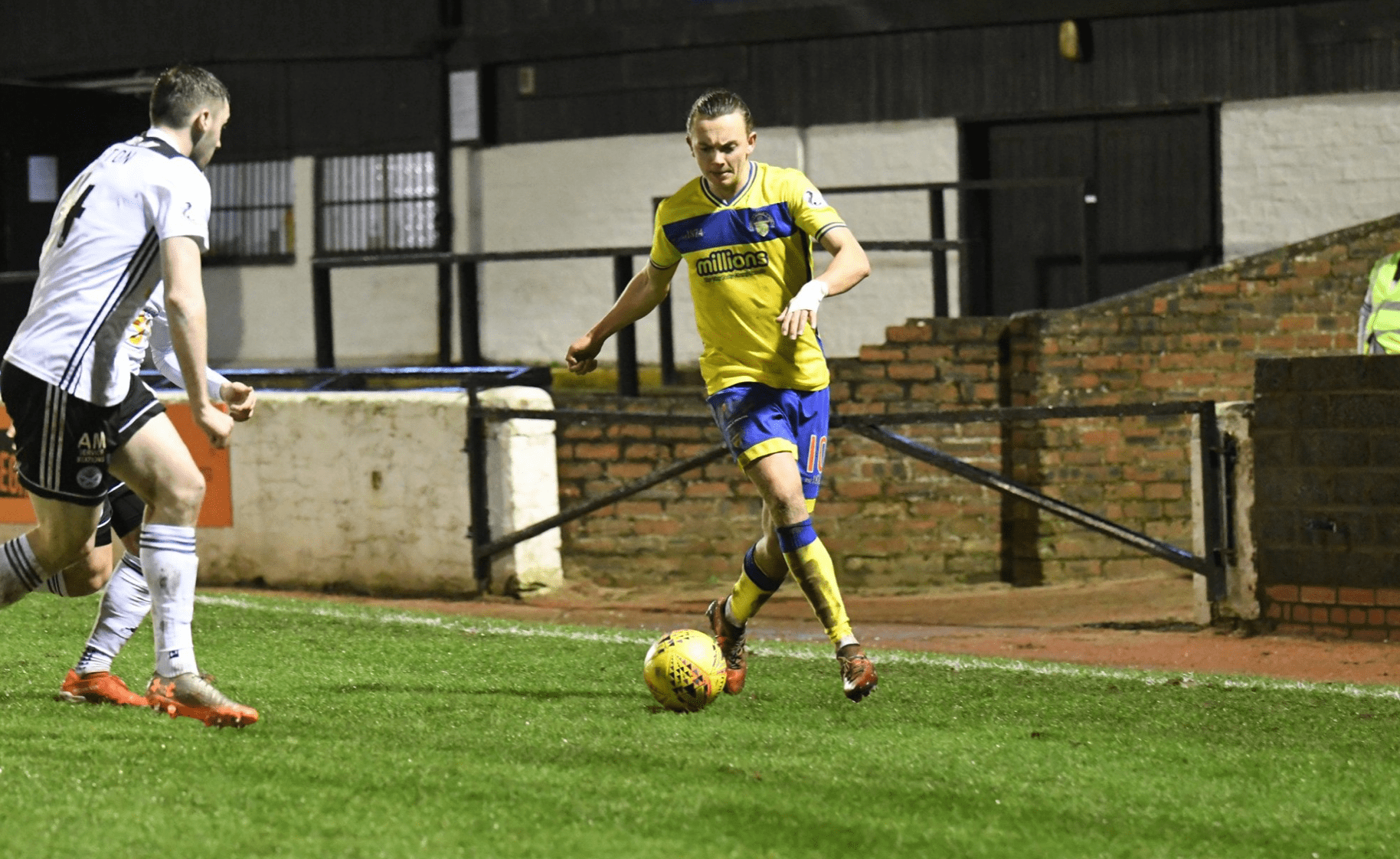 
Morton take on Ayr United at Somerset Park tomorrow night in the Scottish Championship, the final game of 2020 for both sides.

The Ton’s Boxing Day clash against Inverness C.T. was postponed on Saturday due to a waterlogged pitch therefore interim manager Anton McElhone will have had an extra few days to prepare for his side’s encounter with The Honest Men.

The Greenock side will be looking to end the year the same way they started it by securing three points and head into 2021 with plenty of momentum, hopefully on the back of three wins in a row come 7.45pm tomorrow.

Mark Kerr’s Ayr sit just one point behind Morton and they will be hoping for a much improved performance following the side’s 5-3 defeat to league leaders Hearts on Saturday.

12 – The Ton have scored 12 goals in all competitions so far this season.

Midfielder Andy Murdoch signed for Ayr United following a successful spell at Cappielow. The 25-year-old, recently returned from a major injury, scored 4 goals in 75 appearances for the ‘Ton over the course of two seasons.

Manager Mark Kerr recruited Jack Baird on a permanent deal for the Honest Men this summer. The defender spent last season on loan with Morton from rivals St Mirren and scored 3 goals in 26 appearances.

At the same time, former Morton player Michael Miller also joined the Ayrshire side following spells with Livingston, Brechin City and Raith Rovers. The 25-year-old made 60 appearances during his time in Greenock with his only goal being scored on the final day of the 2014/15 season against Peterhead at Cappielow when the ‘Ton lifted the League One trophy.

Morton staged a remarkable late second-half revival and scored three goals in five minutes to come back from 2-0 down and beat Ayr United 3-2 at Cappielow in October.

The visitors would take the lead against the run of play on 32 minutes when a Cammy Smith delivery into the box deflected off of the unfortunate Lewis Strapp and into the net.

Both sides continued to deal with the adverse weather conditions and the ‘Ton had a real mountain to climb on 73 minutes. Innes Cameron played through Cammy Smith who slotted passed Aidan McAdams to double Ayr’s lead and grab his second of the day.

A glimmer of hope came for Morton on 83 minutes. Sean McGinty played a terrific long ball up the park that was brought down by Ross Maciver. The Motherwell loanee then played through Gary Oliver who cooly rounded the defender before smartly finishing.

The hard work paid off as the comeback for Morton was complete on 85 minutes. McGinty was again the architect with a long ball that was mistimed by the Ayr defence and headed directly to Cameron Blues who finished from a few yards out for his second goal of the season.

As the final few minutes approached the ‘Ton went looking for a last-minute winner and they ensured all three points in dramatic fashion on 88 minutes. Brian McLean played a long ball into the box and Lewis Strapp picked his spot with a low header that eluded the goalkeeper and finished up in the back of the net.

Tomorrow’s game will be shown via pay-per-view passes that are available through the Ayr United website.