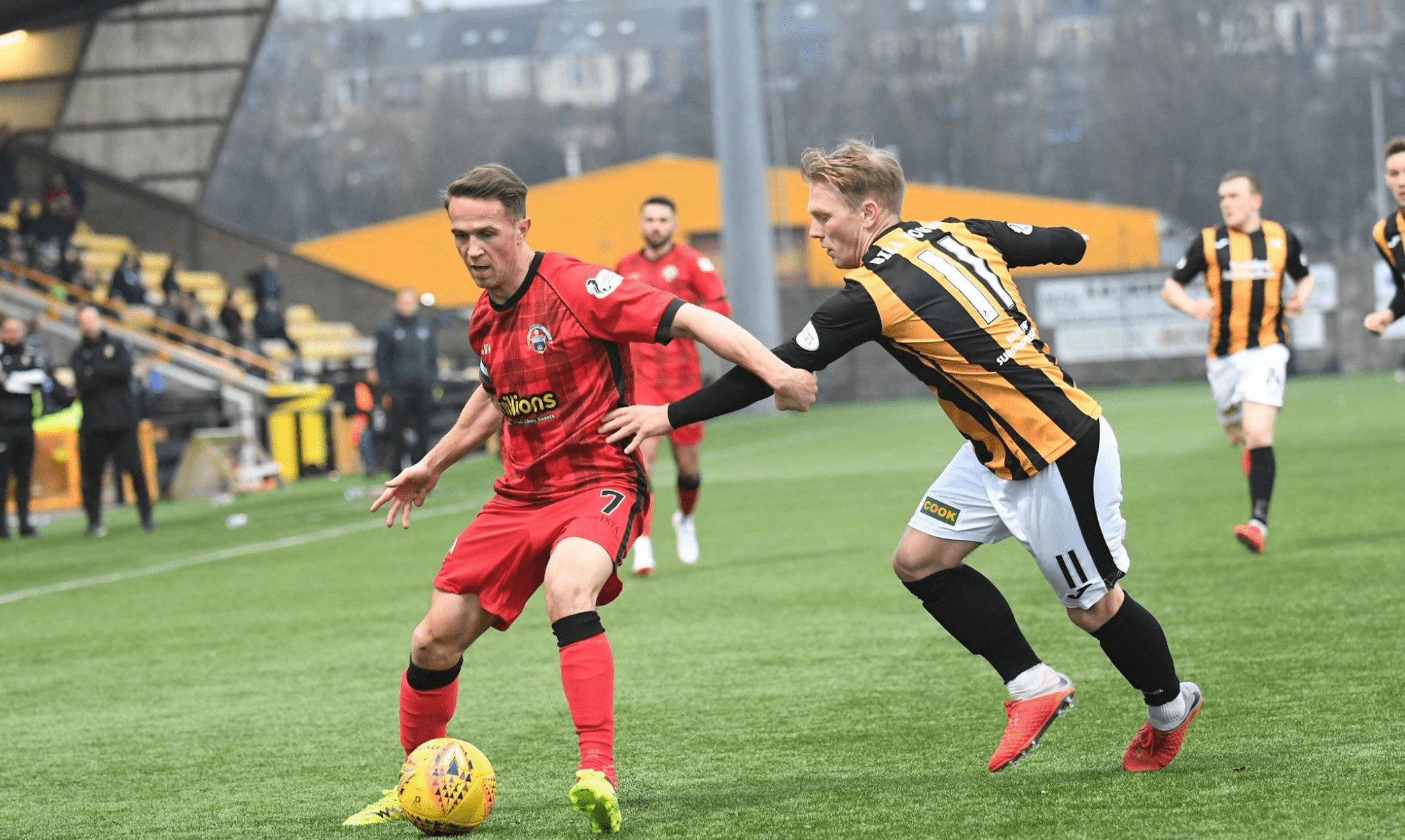 
Morton turn their attentions back to cup duty tomorrow afternoon as they travel to Methill to take on East Fife in the third round of the Scottish Cup.

The ‘Ton booked their place to take on the League 1 side following a penalty shootout win over Dunfermline Athletic at Cappielow in the second round last Tuesday night.

Even though the Fifers have had to play two midweek fixtures before their encounter with the Greenock men, manager Gus MacPherson will not let that influence his approach to tomorrow’s game as he expects it to be business as usual as the cup fever sets in for both sides.

Darren Young’s side have won two out of their last five games and they confirmed their place in the third round with a dominant 5-1 victory over Tranent Juniors in January. The former ‘Ton player will be hoping for a repeat of the last time the two side’s met in the Scottish Cup when his team provided one of the biggest upsets of the fourth round by coming from behind to knock the Sinclair Street side out.

4 – Aidan Nesbitt is the top goalscorer for the club this term with a total of 4 goals.


23 – The ‘Ton have scored 23 goals in all competitions so far this season.

50 – Kyle Jacobs made a landmark 50th appearance for the club last weekend, coming off the bench in the second half against Raith Rovers.

East Fife are bossed by ex-Ton midfielder Darren Young, who made 10 starts and four substitute appearances in season 2010/11.

Morton were knocked out of the William Hill Scottish Cup in January 2019 after League One outfit East Fife came back from behind to win 2-1 at Bayview.

Left wing-back Jack Iredale made an instant impact by firing over the undefendable low cross that top scorer Bob McHugh turned home at the back post to net his ninth of the season on eight minutes.

However, that lead lasted all of two minutes after East Fife’s Anton Dowds was afforded far too much time on the edge of the six-yard box following a short corner routine and slammed past the exposed Gaston.

Although the visitors continued to get into promising positions, there was a lack of conviction about their play, particularly in their final ball, and they failed to restore their advantage.

And they were sent tumbling out of the tournament when defender Craig Watson rifled home at the back post on 76 minutes as ex-Ton midfielder Darren Young’s side booked their place in the fifth round at his former club’s expense.

Tomorrow’s third round fixture will be available to watch live on East Fife TV for £10.

Supporters will be asked to create an account to purchase the game on a pay-per-view basis.

Payment can be made via card or PayPal.

The live coverage begins at 2.30pm.

Video highlights of Saturday's 1-1 draw away to Inverness Caledonian Thistle in round three of the Ladbrokes Championship season.Morton…