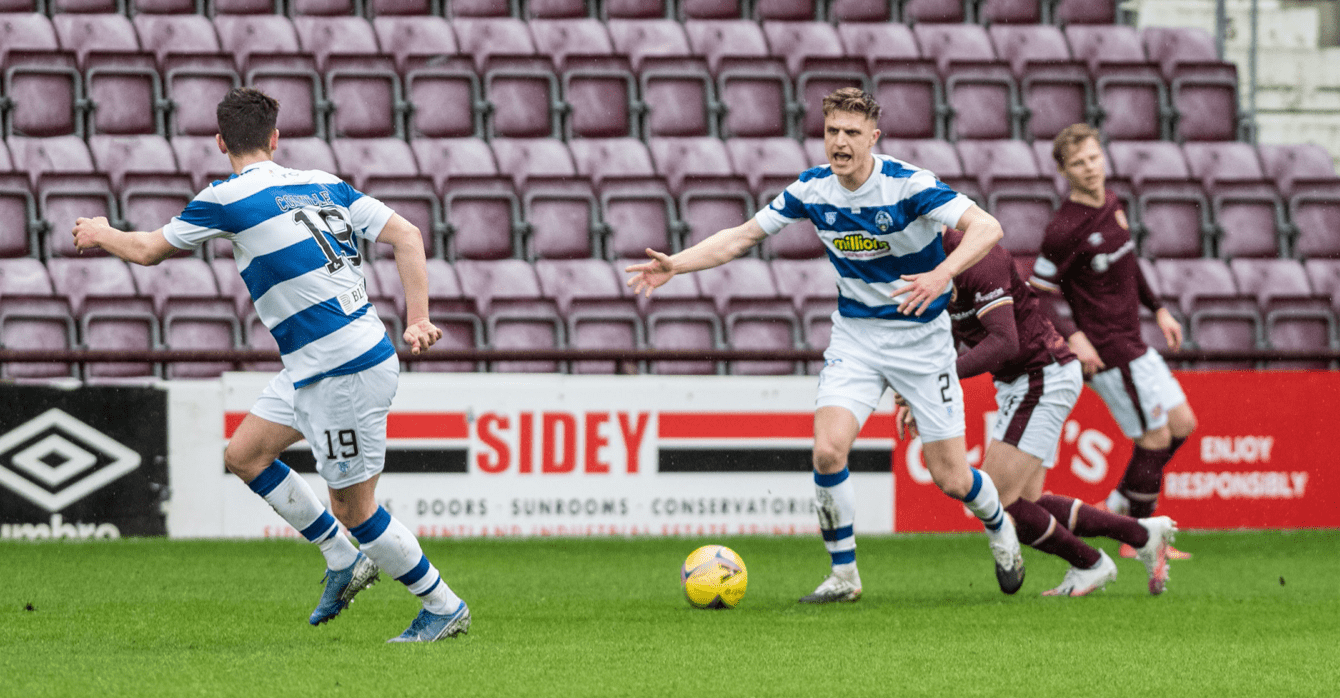 
It’s a return to league duty this evening as Morton welcome league champions Hearts to Cappielow for a Scottish Championship fixture, broadcasted live in front of the BBC Scotland cameras.

Gus MacPherson’s side put in a valiant effort against Motherwell on Friday night in the fourth round of the Scottish Cup, narrowly losing to a penalty shootout and the ‘Ton boss believes his teams performance against the Steelmen can spark their survival bid as they get set for their final three league games of the 2020/21 campaign.

Robbie Neilson’s men travel to Greenock to contest in their first game since being crowned league winners on 10 April but despite being at the summit of the division, his side have only won two out of their last five games. The Jam Tarts boss will be looking to build on his team’s most recent game however when they recorded a convincing 6-0 victory over Alloa Athletic.

The ‘Ton currently sit ninth in the table, one point behind David Hopkin’s Ayr United in eighth and three behind Arbroath in seventh.

A win tonight would see the Sinclair Street side leapfrog the Honest Men and climb out of relegation play-off position.

Speaking to gmfc.net, manager Gus MacPherson said: “Hearts are coming down here as the champions and that’s how they will play so it’s up to us to spoil their moment and we know that if we perform to the same levels as we have done in recent games then we can get take something from them.

“I can’t criticise too many performances since myself and Andy [Millen] have been here but the one thing that we need to do is be more clinical in front of goal, we need to be ruthless in that area and make our intentions clear.

“We don’t have any injuries from Friday night thankfully so we have plenty of options to choose from.

“It’s now over to the players to put in a performance and secure points on the board that will help get us to safety.”


28 – The ‘Ton have scored 28 goals in all competitions so far this season.

Robbie Muirhead penned a move to Hearts in 2016 following a spell at Dundee United. The forward scored 2 goals in 19 appearances during his time at the club before departing for MK Dons in January 2017.

Gary Oliver quickly progressed through the youth ranks at Tynecastle and made his senior debut for the first team in 2013. He spent two years at the club and scored 2 goals in 25 appearances and is currently enjoying his second spell at Cappielow.

Morton earned an incredible point at Tynecastle in February, drawing 1-1 with league leaders Hearts in the Scottish Championship.

It was the ‘Ton’s first trip to the Jambos home since 1988 and despite being the underdogs they showed they were no pushovers and shocked the league leaders by going ahead on 53 minutes. Aidan McAdams hit a goal kick up the park that was knocked down by Aidan Nesbitt to Cameron Salkeld who worked the ball through to Luca Colville before slotting it through to set up Craig McGuffie who smashed the ball just outside the box with his left foot passed Gordon and into the goal to make it 1-0.

With over half an hour still to play Morton sat back and tried to maintain the lead but the pressing nature of Hearts eventually found its way through on 71 minutes when substitute Jamie Walker got on the end of a Gnanduillet cross to head home the equaliser and score his 50th goal for the club to make it 1-1.

A couple of late scares inside the penalty area were dealt with as the referee blew for full time confirming a massive result for the ‘Ton and confirming their first point at Tyncastle since August 1984.

Tonight’s game will be broadcast live on BBC Scotland and will also be available to watch live for £7 on ‘TonTV.

The SPFL has announced an exciting new format for the Scottish League Cup, including competitive group football in July,…