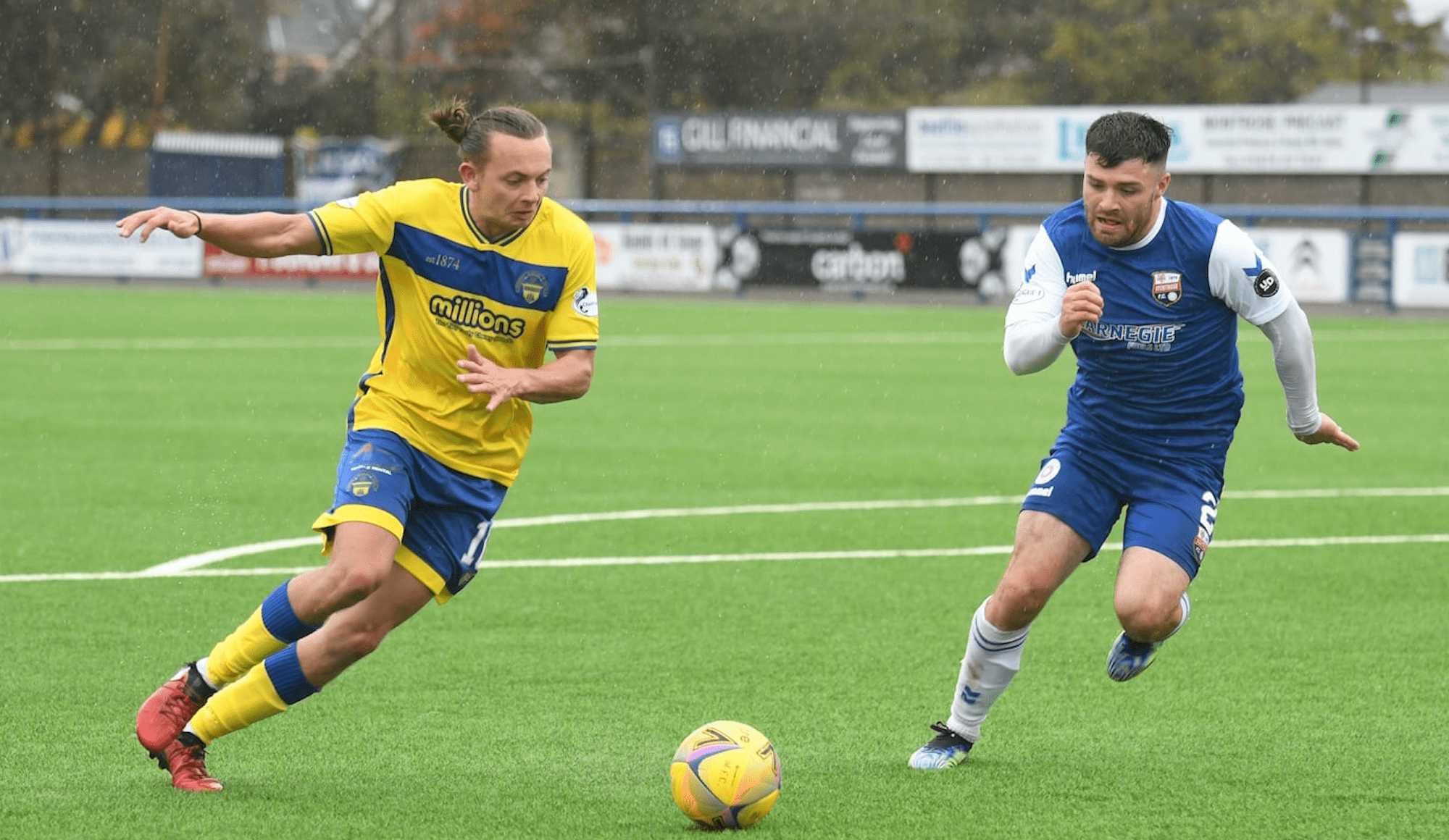 Morton and Montrose do it again at Cappielow tonight in the second leg of the Championship play-off semi-final to decide who will play either Airdrie or Cove Rangers next week.

The ‘Ton play host this evening knowing what they have to do and that is win on the night after losing the first leg 2-1 at Links Park on Saturday.

Gus MacPherson’s side took the game by the scruff of the neck right from kick-off and went ahead thanks to Gary Oliver’s strike in the first five minutes.

The Gable Endies, however, responded in kind after the break and turned the tie in their favour with second-half strikes from Russell McLean and Graham Webster.

Club captain Sean McGinty still has one game to serve on his suspension so misses tonight’s second leg.

Kalvin Orsi will be sidelined for this evening after the forward sustained an injury during Saturday’s game and as a result was unable to train yesterday.


30 – The ‘Ton have scored 30 goals in all competitions so far this season.

Defender Kerr Waddell came to Cappielow on a season long loan from Dundee in 2018. The 22-year-old score 2 goals in 28 appearances before he signed for Montrose in July 2019.

Lewis Hawke quickly came through the youth ranks at Cappielow before following his father Warren’s footsteps and making his first team debut in 2012. He scored 2 goals in 8 appearances before taking his craft to Australia until he returned to Scotland in 2018 to sign for Queen’s Park. After having short spells at Queen’s and Stirling Albion, Hawke signed for Montrose in January last year.

Tonight’s game will be available to watch live on ‘TonTV for £12.

Morton in the Community Bucket Collection

In conjunction with the Montrose Community, Morton in the Community will be hosting a virtual bucket collection for both legs of the semi-final to showcase and raise funds for the emotive Football Memories programmes.

This initiative uses images, footage and memorabilia to reignite fond memories of former players, teams and matches. These sessions are proven to have a significant impact on all participants but in particular those living with dementia.

Help them continue to provide football memories by donating to their Just Giving page today.

Age is just a number for midfielder Jim McAlister