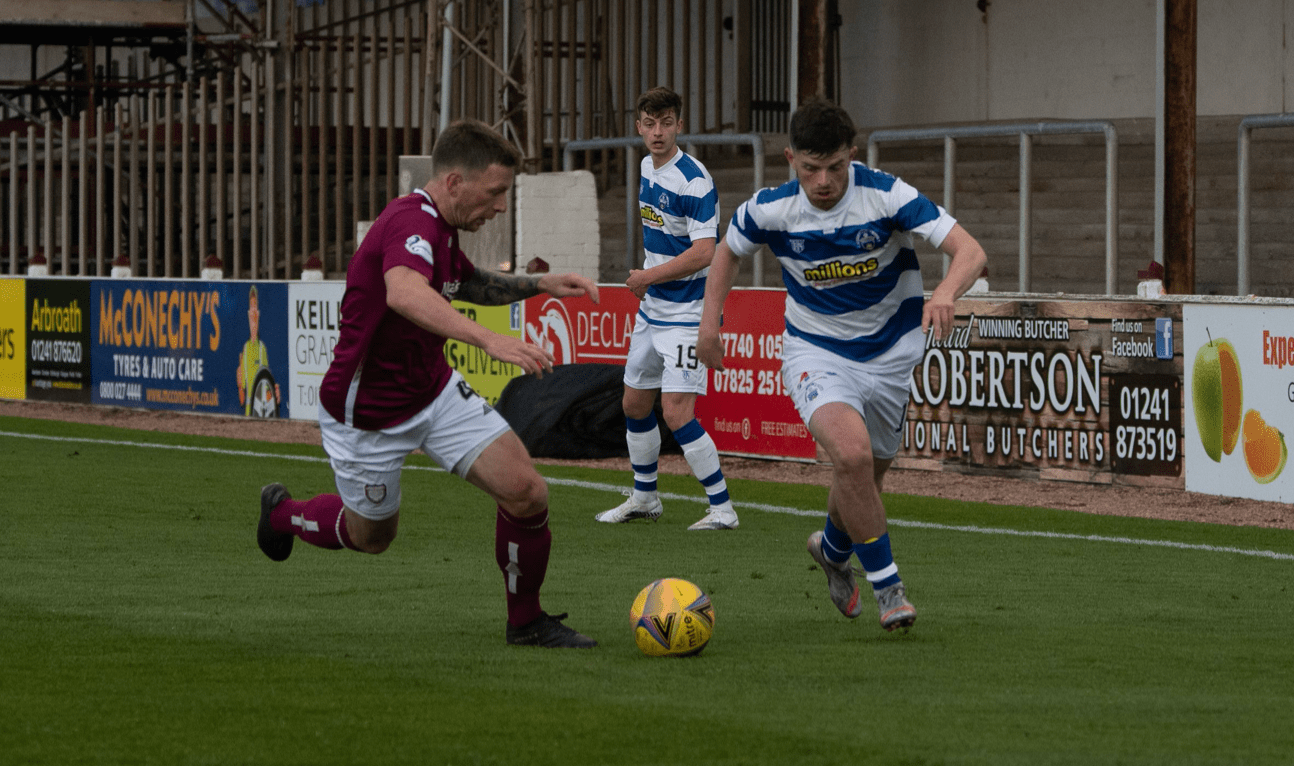 Morton travel to Montrose tomorrow afternoon for the first leg of their Championship play-off semi-final.

The ‘Ton were dragged into the play-offs last week after drawing 0-0 with Arbroath and will now have to play four more games in order to maintain their Championship position for next season.

Manager Gus MacPherson will be without captain Sean McGinty who was shown a red card in last week’s tie against the Red Lichties and he will miss out on both games against the Gable Endies.

Stewart Petrie’s men secured the play-offs in dramatic fashion on Tuesday evening, scoring in the final few moments against Partick Thistle to give them a 3-2 victory. And with Falkirk conceding two late goals to Airdrie that meant Montrose leapfrogged the Bairns at the last minute to set up tomorrow’s encounter.


29 – The ‘Ton have scored 29 goals in all competitions so far this season.

Defender Kerr Waddell came to Cappielow on a season long loan from Dundee in 2018. The 22-year-old score 2 goals in 28 appearances before he signed for Montrose in July 2019.

Lewis Hawke quickly came through the youth ranks at Cappielow before following his father Warren’s footsteps and making his first team debut in 2012. He scored 2 goals in 8 appearances before taking his craft to Australia until he returned to Scotland in 2018 to sign for Queen’s Park. After having short spells at Queen’s and Stirling Albion, Hawke signed for Montrose in January last year.


Goals from Kabba-Modou Cham, Marc Fitzpatrick, Reece Hands and Aidan Fulton sent Morton into the third round of the League Cup in August 2013.

A convincing victory, that was the perfect way to recover from back to back defeats against Falkirk and Dumbarton, set the ‘Ton up nicely for their memorable win against Celtic in the next round.

Tomorrow’s match will be available to view for £12 and you can purchase by visiting Montrose FC LIVE.

Once logged in you will be given the option to select a subscription plan. If you do not wish to purchase a subscription, simply Click ‘NO THANK YOU’ and then select the fixture you wish to view.

Morton in the Community Bucket Collection

In conjunction with the Montrose Community, Morton in the Community will be hosting a virtual bucket collection for both legs of the semi-final to showcase and raise funds for the emotive Football Memories programmes.

This initiative uses images, footage and memorabilia to reignite fond memories of former players, teams and matches. These sessions are proven to have a significant impact on all participants but in particular those living with dementia.

Help them continue to provide football memories by donating to their Just Giving page today.

Gary to undergo scan next week

by Niall McGilpGreenock Morton Football Club was deeply saddened to hear of the passing of former player Joe Mason,…