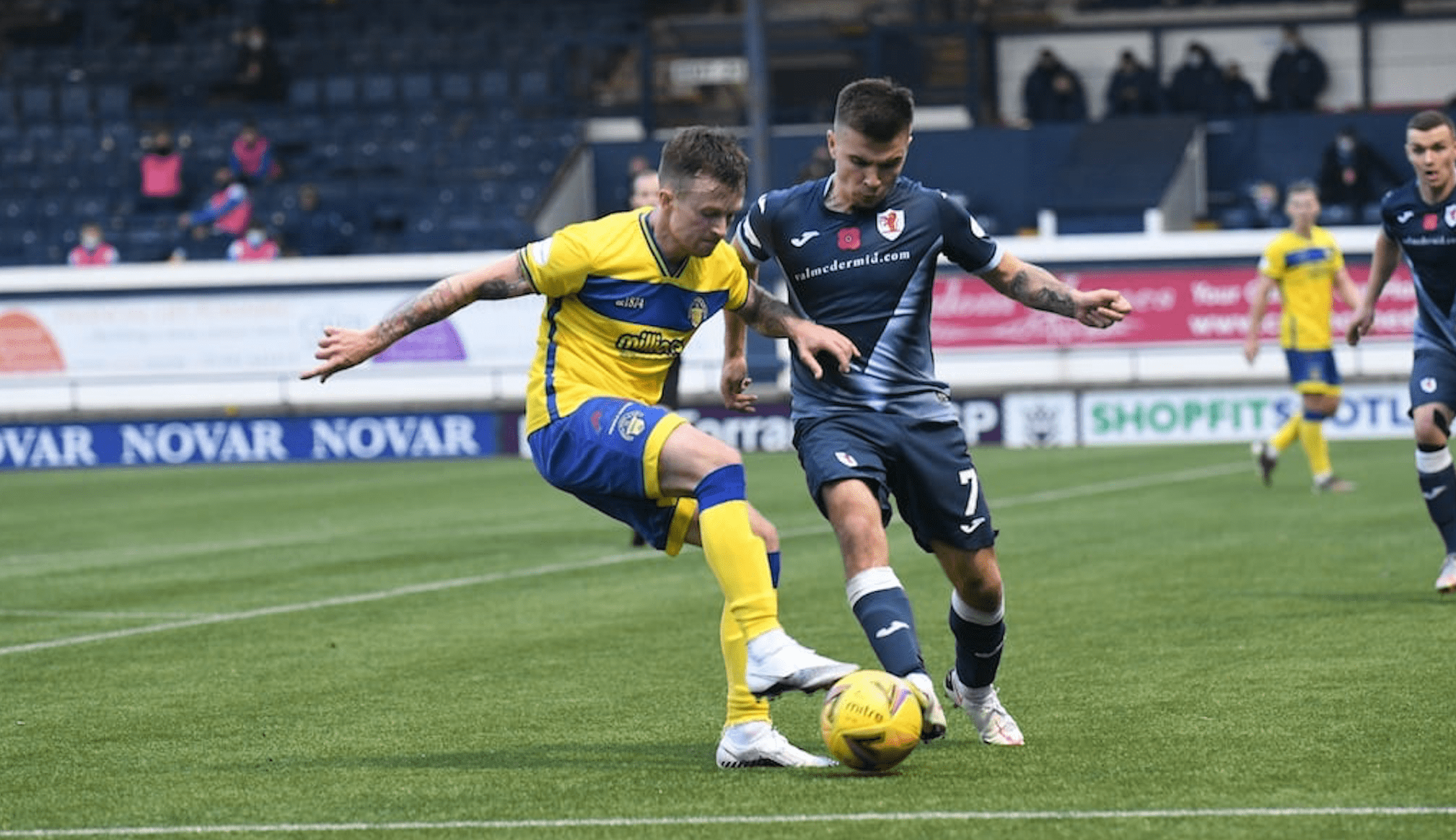 
Morton make the trip to Kirkcaldy tomorrow afternoon as they take on Raith Rovers at Stark’s Park in the Scottish Championship.

The ‘Ton have won their last two games with a victory against Queen of the South last week and a penalty shootout win against Dunfermline Athletic to progress into the third round of the Scottish Cup on Tuesday night.

Greenock gaffer Gus MacPherson will be hopeful that his side can continue their recent run of positive performances as the Sinclair Street side try and get their first win of the season against the Rovers.

John McGlynn’s men have lost only one of their last five games and have enjoyed a successful first year back in the Championship, currently in second position of the table.

Despite the ‘Ton sitting in eighth place, only five points separate the two sides meaning a win tomorrow would be crucial in ascending up the table as the league campaign draws closer to its end next month.

4 – Aidan Nesbitt is the top goalscorer for the club this term with 4 goals.

6 – A total of 6 youth academy graduates were named in Tuesday’s squad against Dunfermline. Darren Hynes, Lewis Strapp and Reece Lyon played their part from the starting XI meanwhile Alexander Easdale, Lewis McGrattan and Chris Wylie all had a place on the bench.

23 – The ‘Ton have scored 23 goals in all competitions so far this season.

50 – Kyle Jacobs is one appearance off of making a landmark 50 appearances for the club.

Defender Reghan Tumilty joined Raith Rovers in the summer following two seasons at Cappielow. The 23-year-old scored 4 goals in 55 appearances during his time at the club including a debut goal against Partick Thistle in the Betfred Cup in 2018.

Goalkeeper David McGurn has been a long-serving member of the Rovers squad and has recently merged his playing ability with his coaching skills to become the club’s goalkeeping coach. The 40-year-old started his career with the ‘Ton and made 101 appearances over 6 years before switching Greenock for Kirkcaldy in 2008. A veteran of Scottish football, McGurn has lifted the Scottish Second Division twice, with Morton in 2007 and Raith Rovers in 2009, and received a testimonial at Stark’s Park in 2019 for his services to the club.

Morton fell to a 1-0 loss against Raith Rovers at Cappielow in the Scottish Championship at the beginning of last month.

Despite encouraging signs shown early on from the Sinclair Street side, the visitors would take the lead on 12 minutes. A free-kick from the right was swung into the box by Dan Armstrong to find skipper Iain Davidson who headed the ball passed Aidan McAdams and into the net to make it 1-0.

In the end there would be no equaliser and Raith Rovers left Greenock with maximum points, leaving the hosts rueing an inability to get the ball over the line that has characterised a number of games this term.

Tomorrow’s game will be available to watch on RaithTV for £12.

If you are having difficulties getting access, please email your details to contact@raith.tv and we will get back to you as soon as we can. We are unable to monitor our social media accounts around match time, so this is the best way of getting a response.

The livestream will go on at 2.15pm with a looping video so you can check if you are getting a picture/sound. The match broadcast begins around 2.50pm.