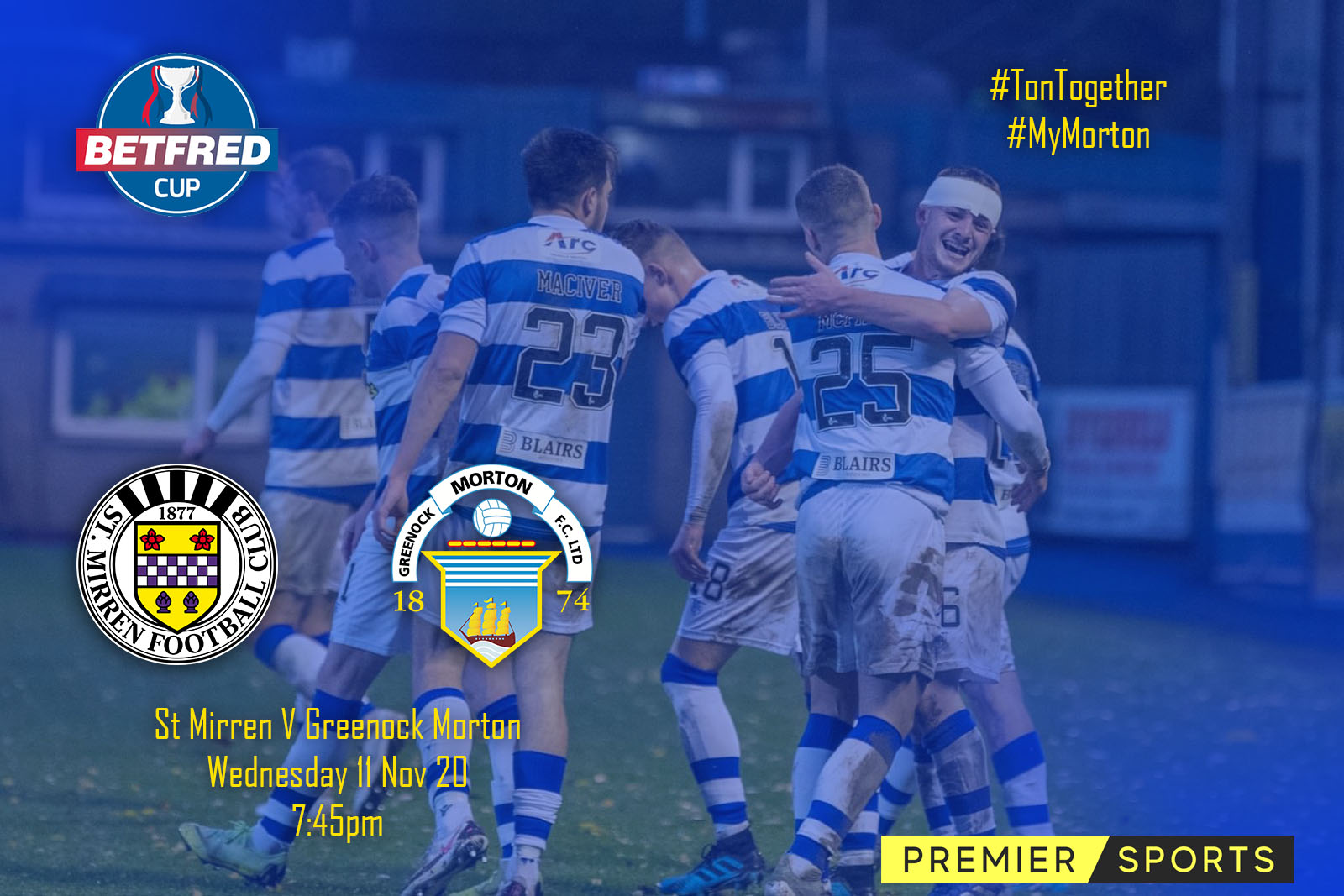 Morton make the short trip to Paisley tomorrow evening for the eagerly anticipated Renfrewshire Derby against St Mirren in the Betfred Cup.

This is the first time the two sides have met since April 2018 and the match will be broadcast live in front of the Premier Sports cameras.

The ‘Ton head into tomorrow’s mouth-watering clash on the back of a 5-0 reversal against Raith Rovers on Saturday and manager David Hopkin will be ensuring his players can bounce back with an improved performance against their arch-rivals.

For the majority of the squad, the Derby is new territory but there are enough experienced campaigners like Chris Millar and Jim McAlister around the camp to emphasise the significance of the local rivalry. Everyone associated with the club will be hoping to savour the sweet taste of success tomorrow evening.

Despite having a difficult start to the Scottish Premiership, Jim Goodwin’s St Mirren sit at the summit of group G in the Betfred Cup and they will be looking to defend their first place position.

50 – Both Lewis Strapp and Reece Lyon are 2 appearances off of making 50 appearances for the club. The duo currently sit on 48 and could move a step closer to the 50 landmark should they play against St Mirren

Kalvin Orsi signed for St Mirren in 2016 and spent only one season with the club before departing for Brechin City in 2017. During his time with the Buddies, the forward had a brief loan spell with Queen’s Park where he made 11 appearances.


Morton saw their play-off hopes officially ended by rivals St Mirren at the Paisley 2021 Stadium as they suffered their first Renfrewshire derby defeat of the campaign back in April 2018.

Lewis Morgan netted a second-half winner to set up the Saints’ Ladbrokes Championship title party after Michael Doyle had earlier cancelled out Danny Mullen’s opener with his first goal for the club.

Tomorrow’s game will be broadcast live in on Premier Sports.

How to watch on TV in the UK

– Sky customers signing up at www.premiersports.com Premier Sports HD on channel 412. New customers can subscribe from just £9.99 per month with no connection fee or £99 annually. Premier Sports customers on Sky will also receive free access to the Premier Player by registering here – https://www.premierplayer.tv/subscribe/existing-customer

Premier Sports offer paid subscription services. Payments for subscriptions to Premier Sports via Sky or the Premier Player streaming service will automatically recur monthly or annually dependent on your chosen package unless notice is given to cancel. The auto-recurring price will be at the standard rate. Cancelations must be made by phone or email and must include a minimum 5 days’ notice prior to next bill. No cancelations accepted within 48 hours of subscribing. Minimum Subscriptions period is dependant (and matches) your chosen package. Terms and Conditions apply. For full terms and conditions visit www.premiersports.com

Match Preview: Queen of the South