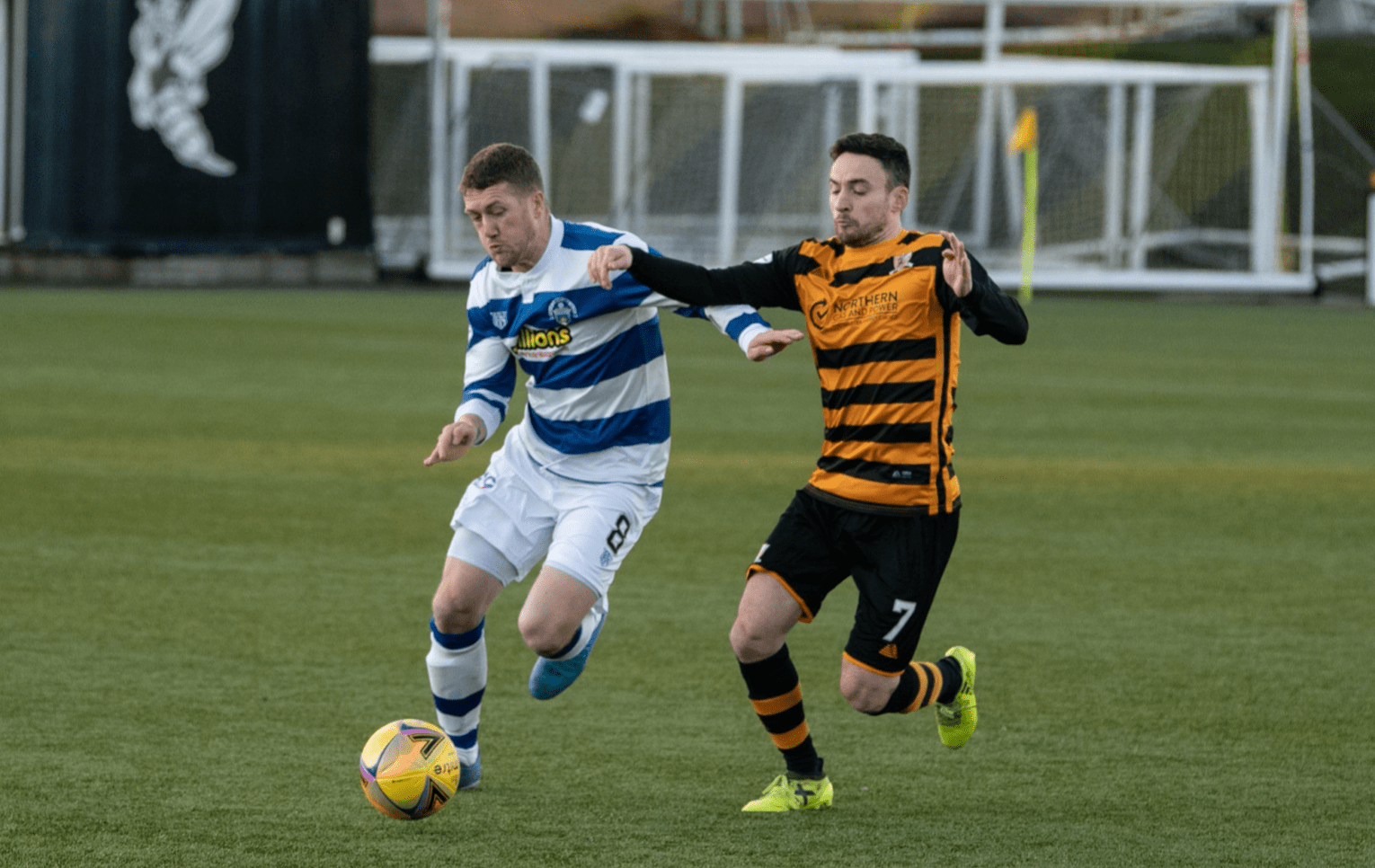 Morton carried their unbeaten run into the New Year with a 1-1 draw against Alloa Athletic in the Scottish Championship on Saturday afternoon.

Anton McElhone made two changes to the side that drew 1-1 against Ayr United on Tuesday evening with Markus Fjørtoft and Luca Colville coming in for Brian McLean and Robbie Muirhead.

The first chance of the game came on 7 minutes when club captain Jim McAlister picked up the ball inside Morton’s own half before carrying it to around 25 yards out where he pulled the trigger on an effort that Alloa goalkeeper, Parry finger-tipped over the bar.

Peter Grant’s Alloa showed they were not to be taken lightly however and they nearly went close to taking the lead on 34 minutes when Ray Grant’s long range effort struck the crossbar before being cleared for a corner kick.

The Wasps had another close call on 38 minutes when a corner kick was dropped down to Liam Buchanan’s feet who, after turning in the box, snapped a shot that went wide.

Kalvin Orsi had a great chance put the ‘Ton in front on 58 minutes when Cameron Salkeld hit a low driven cross along the box that deflected out to Orsi who’s effort towards goal was inches wide to the right post.

The Sinclair Street side were starting to apply more pressure to the hosts and the biggest chance of the game so far came on 66 minutes. A mistimed header from Alloa found Gary Oliver on the edge of the box who worked a nice pass with Orsi who slipped through Aidan Nesbitt one on one with the goalkeeper but the winger’s side footed effort was too powerful and went sailing over the cross bar.

Despite the missed opportunity, Morton continued to work towards getting the much deserved goal and they were rewarded with that on 69 minutes. A corner floated into the box by Nesbitt found Markus Fjørtoft who rose above everyone else in the box to header the ball into the back of the net for his first goal for the club.

As the ‘Ton were trying to hold on to the lead, Aidan McAdams was called into action on 78 minutes by pulling off a tremendous save to his right to deny Kevin Cawley off a well timed volley on the edge of the box.

The home side found their way to an equaliser on 83 minutes when a Liam Buchanan shot towards goal was palmed out by McAdams to former ‘Ton forward Robert Thomson who tapped into the open goal from a few yards out.

A point on the table means that Morton are now unbeaten in 4 games as they turn their attention to their Scottish Cup tie against Dunfermline on Saturday.

Ton drawn away to Celtic in Scottish Cup QF

We were tonight drawn away to holders Celtic in the quarter-finals of the William Hill Scottish Cup, with the tie…