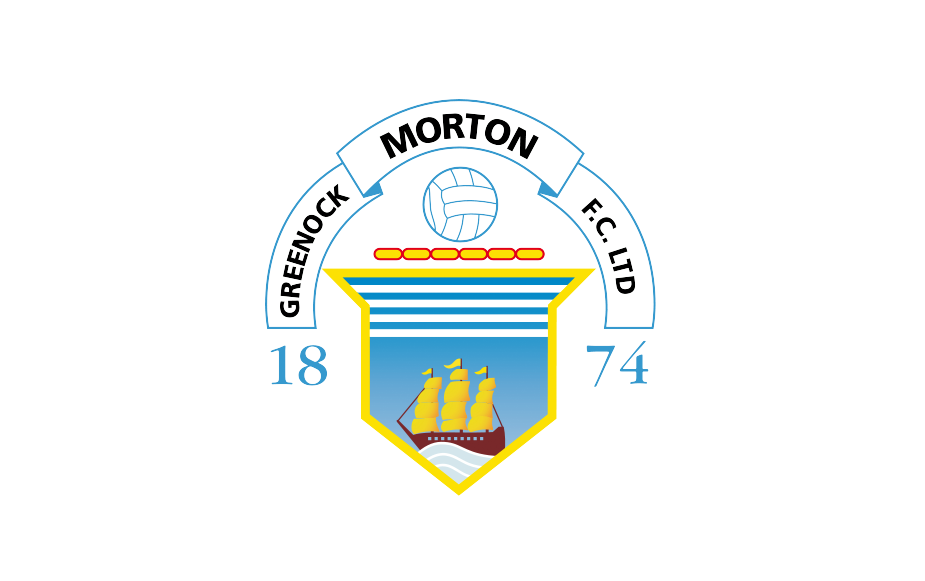 Morton played out a goal-less draw with Arbroath at Gayfield Park this afternoon to secure their first point away from home in the Scottish Championship.

David Hopkin made one change from the side that drew with Partick Thistle in last week’s Betfred Cup with captain, Jim McAlister, returning to the side after suspension in place of Craig McGuffie whilst Reece Lyon made his landmark 50th appearance for the club. Striker Josh McPake was ruled out with a leg knock.

In a blustery 40mph wind, both teams found it hard to master the conditions and it was the home side who fashioned the first opportunity in the opening minutes when O’Brien got his head onto a free-kick but his attempt cleared the bar.

Once again, Lewis Strapp’s prowess from throw-ins was used as an attacking tool when he launched a shy into the box in the 11th minute that Markus Fjortoft cleverly knocked on but the incoming Brian McLean headed just over.

There was concern for both sides as Strapp and Thomson had to receive treatment following on from a challenge between the two. The Morton left wing-back was able to continue but the veteran Red Lichtie defender had to be replaced.

Another dangerous Strapp shy was, once again, flicked on by Fjortoft into a dangerous area but Ross Maciver was penalised for an adjudged high boot as we headed towards half-time.

David Hopkin made no changes at the interval and the ‘Ton returned to the fray eager to break the deadlock which they nearly did when Maciver was fouled just outside the box, presenting a free-kick opportunity.

Luca Colville hit a superb strike from the set-piece and was extremely unlucky to see it thunder off the post beyond Arbroath goalkeeper Gaston, who recovered quickly to gather in the rebound.

Aidan McAdams was called into action just after the hour when he was forced to make his first save of the match from a Hamilton shot from the edge of the box. The resultant stop was cleared.

Into the last quarter of the game and with the ‘Ton still looking for a breakthrough and Strapp, this time direct from a corner-kick, saw his effort whack off the bar and out for a goal-kick.

David Hopkin made changes within his starting eleven with a series of substitutions but full-time arrived as a stalemate.

The ‘Ton gaffer was disappointed to see his side leave having to share the spoils but acknowledged that Gayfield was a difficult place to come to and get a result. Speaking exclusively to the Club website he said; “It was a hard-fought match with few chances in the windy conditions. Games are always tight against Arbroath. Luca Colville had a magnificent free-kick that just struck the inside of the post and there was that in-swinging corner which again beat the ‘keeper but bounced off the bar.”

The Manager was, however, happy with the defensive side of his team pointing out that, “We looked solid at the back and with just a bit of luck, we would have come away with the three points..”

Next up for Morton will be the home match against Hearts on Saturday, 5th December.