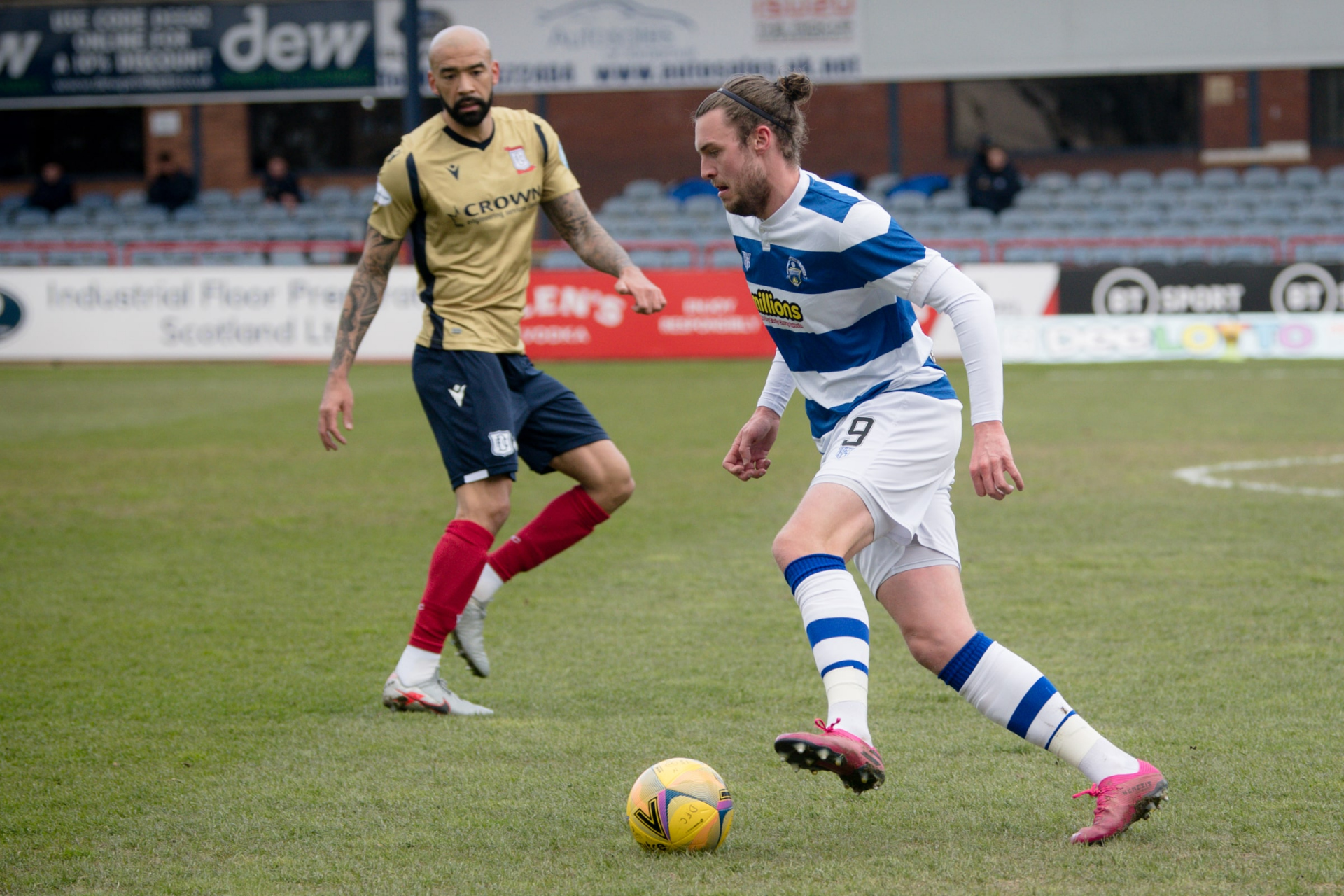 Morton lost a goal in the final few minutes of the game to deny them of a massive three points as they were held to a 1-1 draw with Dundee on Saturday in the Scottish Championship.

The ‘Ton were out to make amends following last week’s 4-1 disappointing defeat against Inverness at Cappielow. Manager Gus MacPherson made just two changes to his team with Markus Fjørtoft and Kyle Jacobs coming init the starting eleven replacing Gary Oliver and Darren Hynes.

Much like many games this season, the opening half was a very forgetful one with the first chance of the game coming on 40 minutes from former player Declan McDaid who tried his luck from distance but Aidan McAdams was quick to get down and block the shot.

However, the game plan was being executed and Morton defend well blocking any real threat the Dark Blues posed in the penalty area as they tried to find a way to breakdown the Sinclair Street side’s defensive line.

McAdams was called into action again on 57 minutes, this time denying another familiar face in Paul McMullan who progressed into the box before during a low shot forcing the ‘Ton custodian to collect the ball.

And even the threatening front-man Jason Cummings was struggling to get a clear shot away and he had multiple attempts to do so on 58 minutes after a stramash in the box allowed him to snap a few shots that were blocked in quick succession before the ball was eventually cleared.

As time went on, the Greenock gaffer elected to bring on Kazaiah Sterling and Reece Lyon with hope that his team could get up the park and score that vital goal and they got their chance on 78 minutes when the scoring was opened. Lewis Strapp received the ball on the wing before cutting in on his right foot to fire a shot at Adam Legzdins but the goalkeeper could only push the ball out to the unopposed Aidan Nesbitt bagged his fifth goal of the season by hitting it in off the post to make it 1-0.

The lead would only last 10 minutes as the ‘Ton conceded a heartbreaking goal in the final few moments of the game when defender Lee Ashcroft received a pass through the defence before tapping it passed McAdams to snatch a point at the death for the hosts.

However, the point on board could prove to be vital as Morton get set for their final three games against Hearts, Alloa and Arbroath in the hope of distancing themselves from the bottom of the Scottish Championship.