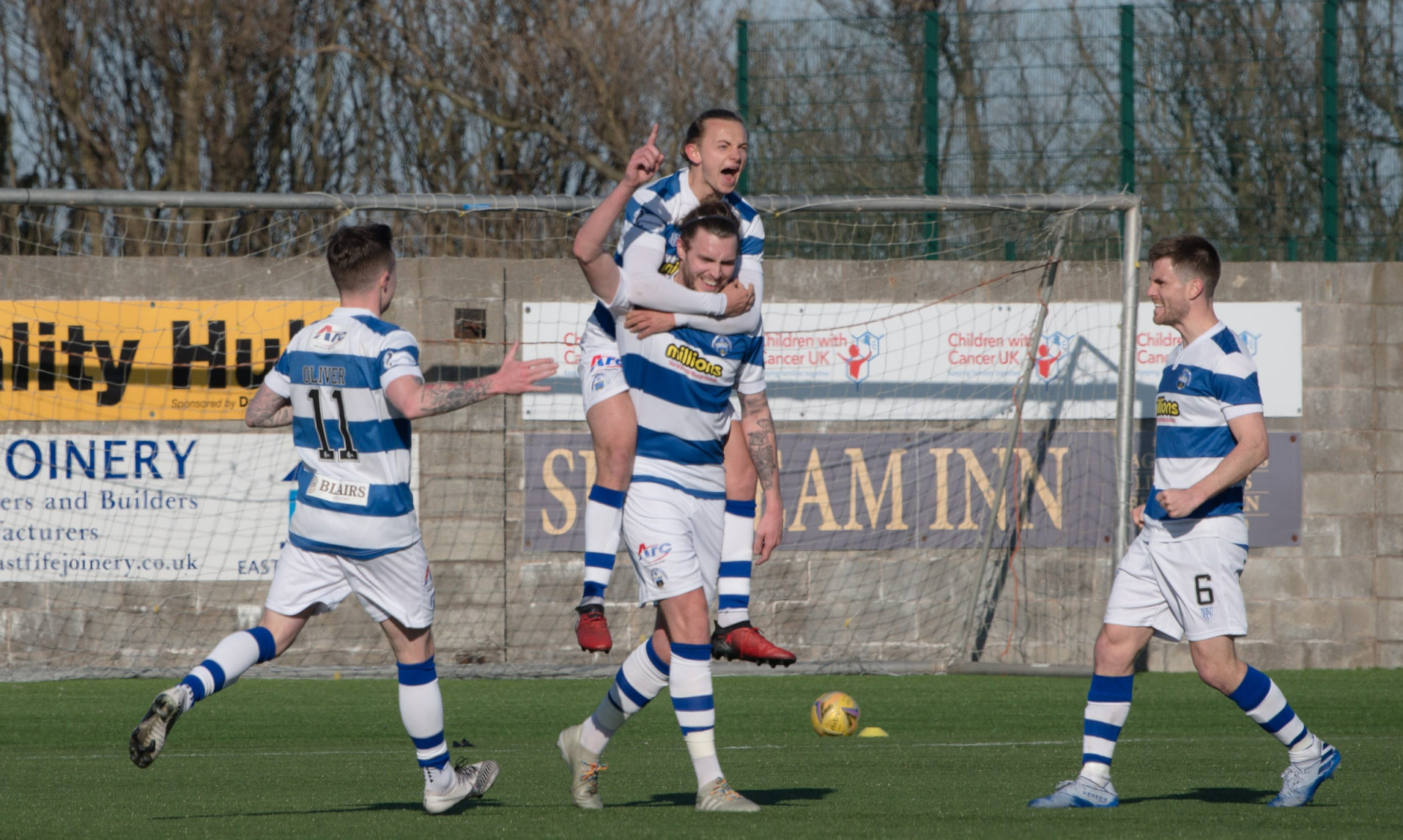 Morton secured their place in the fourth round of the Scottish Cup on Saturday with a 2-1 victory over East Fife at Bayview.

The ‘Ton looked like they were heading out of the competition until captan Sean McGinty comfortably scored a penalty in the final few moments to take it to extra time before substitute Robbie Muirhead confirmed the win for the Greenock side in extra time with a stunning finish from outside the box.

Manager Gus MacPherson made four changes from the team that narrowly lost against Raith Rovers the week before with Cameron Blues, Kyle Jacobs, Craig McGuffie and Kalvin Orsi all coming in for Stephen McGinn, Luca Colville, Aidan Nesbitt and Gary Oliver.

Despite playing two games midweek before their encounter with the Greenock side, the hosts showed no signs of fatigue and had a a great chance to open the scoring on 18 minutes when Aidan McAdams made a solid Dave to deny Kevin Smith from inside the box.

There was a real sense of frustration for amongst the ‘Ton for large parts of the game as they struggled to find a way to breakdown an extremely sturdy East Fife defence.

Cameron Blues went close to netting his third goal of the season after Craig McGuffie played it short to him from a corner kick but the midfielder’s shot towards goal whisked over the bar, proving to be the Sinclair Street side’s best chance of the first half.

The second half looked like it was going to be a carbon copy of the first until the hosts broke the deadlock on 59 minutes. A ball knocked into the box fell to the feet of Kevin Smith and with McAdams grounded, he blasted his shot into the open net from a few yards out to make it 1-0.

It was looking like a repeat of the last time both side’s met in the Scottish Cup and nothing seemed to be going Morton’s way despite them creating a number of chances as they applied some heavy pressure looking for the equaliser.

Brian McLean got on the end of an Aidan Nesbitt corner on 68 minutes but the defender’s header, although well connected, went agonisingly wide of the post and out for a goal kick.

McLean proved to be the aerial threat again from another corner on 75 minutes but this time his header was denied by goalkeeper Brett Long who made a tremendous save to keep his side ahead.

As the full-time whistle neared it looked like Morton would be existing the Scottish Cup at the hands of East Fife for the second time in three years until they were given a huge lifeline on 90 minutes. A clearance in the penalty area ricocheted off the hand of Ross Dunlop and referee Alan Muir pointed to the spot to give Morton the penalty for their last chance. Captain Sean McGinty stepped up and without hesitation sent the keeper the wrong way by slotting it into the right of the goal for the crucial equaliser.

With the game now in extra time, Gus MacPherson’s men were strongly on the front foot and they confirmed their name in the hat for the fifth round in superb fashion. The ball was played out on the right to Robbie Muirhead who carried it a few yards before curling an effort from just inside the box that dipped towards goal and into the back of the net for the decisive winning goal.

The ‘Ton now look forward to travelling to Fir Park to take on Motherwell in the next round but first comes the crucial league double header against Inverness at Cappielow tomorrow night and Dundee at Den’s Park this Saturday.

Local SNP MSP for Greenock and Inverclyde Stuart McMillan kicked off his charity Pipeathon here at Cappielow this morning.Morton…
News 02/10/2018