Denny Johnstone marked his comeback by scoring a double as Morton raised the curtain on the 2018/19 Reserve League One season with a fantastic 3-0 win away at Falkirk this afternoon.

Former loan striker Johnstone rejoined the club this summer targeting a return to action in late August due to a knee injury suffered at St Johnstone last term.

Today’s reserve league opener saw him pull on a Ton shirt for the first time in his second spell, and he offered a reminder of how valuable an asset he will be to manager Ray McKinnon.

Johnstone opened the scoring after nine minutes, charging clear and slipping a cool finish across Brett Young and into the bottom-right corner after Ben Eardley picked out his run with a brilliant clipped pass over the top.

He went close again five minutes later, sweeping a Thomson lay-off across the face of goal and narrowly wide of the right post following a flick off goalkeeper Young’s fingertips.

However, the teenage shot-stopper was left helpless on 26 minutes when Johnstone steered a header inside the left post without having to get off the ground after Thomson dropped a dangerous inswinging cross into the box.

The former Celtic, Birmingham City and Colchester United frontman came within a fraction of an inch of a hat-trick inside half an hour.

Winger Tiffoney got in round the back and rolled towards the handily placed Ton No.9, who scooped a first-time shot over Young only to see the effort narrowly clear the crossbar and brush the roof of the net.

Then, in the final minute of the half, Young ensured Johnstone would not leave with the matchball by getting down to his right to parry a left-footed curler before also repelling Thomson’s fierce follow up from a tight angle.

In a pre-planned move, he was replaced by Purdue at the break. Debuting defender Daniel Martins, on the other hand, was forced to make way for fellow centre-half Gavin Watt after suffering a head knock.

Where the senior professionals had led the way in the first period, the development squad followed by starring in the second half.

Defender Watt was a tower of strength at the back, Eardley, fresh from his first senior start at Dumbarton, was dogged and determined at left-back, and subs Shaun Rodgers and Purdue had roles to play in sewing up the win.

Fleet-footed forward Rodgers was felled by defender Cieran Dunne as he danced into the box off the right flank, and Purdue assumed responsibility from the spot, tucking a cool penalty into the bottom-left corner.

It all made for an ideal start to the reserve season, with Hibernian at home next on the schedule for Sutton and his victorious Ton side. 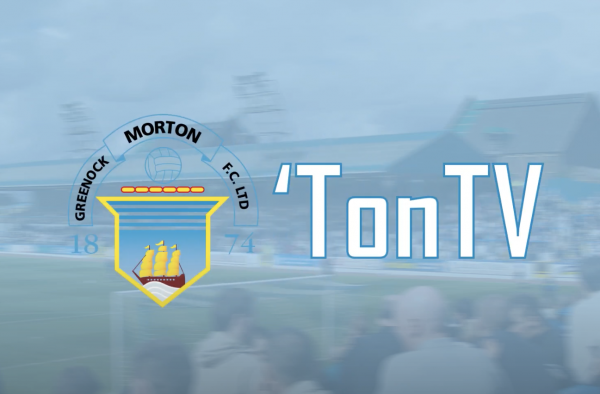 Tuesday night’s Betfred Cup game against Queen of the South will be streamed live across our media platform. On…