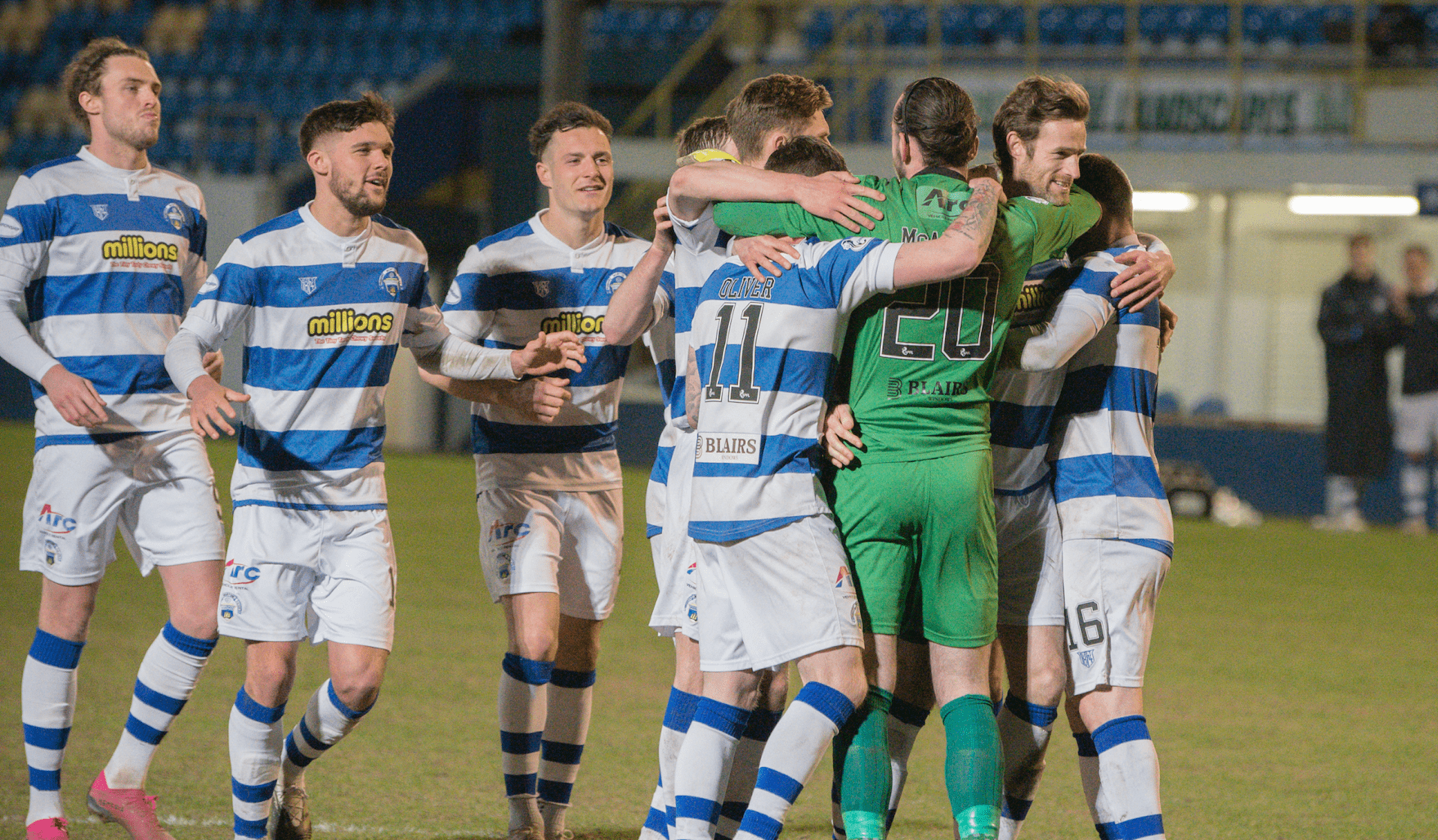 
Morton confirmed their place in the third round of the Scottish Cup last night with a 6-5 win on penalties against Dunfermline Athletic at Cappielow.

Gus MacPherson made five changes to the side that won 2-1 against Queen of the South on Saturday with Kazaiah Sterling, Craig McGuffie, Reece Lyon, Kyle Jacobs and Michael Ledger all coming in for John McGinn, Gary Oliver, Kalvin Orsi, Luca Colville and Markus Fjørtoft.

The Pars got the bragging rights the last time the two sides met in the league a few weeks ago and they nearly got off to a great start within the opening few minutes when a cross into the box found Declan McManus but the former ‘Ton striker’s header went wide of the post.

Reece Lyon’s presence was known on his return to the the starting eleven and he tried his luck from distance on 4 minutes but his effort fizzed wide.

Kazaiah Sterling continued to look for his first goal in a Morton jersey and he went close to getting that on 25 minutes when he met the ball on the bounce from around 25 yards out to volley a ferocious effort that went wide of the goal.

Spurs loanee Sterling had another great chance to open the scoring a few minutes later on 28 minutes when he forced Owain Fon Williams into making his first save of the game. The 22-year-old cut into the box and sliced an effort across the goal which Fon Williams pushed clear from the danger area.

Much like Saturday’s game against Queen of the South, the Sinclair Street side were adopting a more attacking style of play and Lewis Strapp had a massive chance right before half time when Aidan Nesbitt hit a low driven cross along the box but the left back couldn’t divert towards goal from a tight angle.

The game was proving to be a carbon copy of the league match played between the two in January with either side being unable to break the deadlock as extra time looked more and more likely as time went on.

A stramash inside the box fell to Reece Lyon on 70 minutes who hit a shot that was deflected out for a corner kick. The resulting corner was whipped over to the back post and headed down by Sean McGinty to Brian McLean who struck the post from a few yards out.

From there it was to extra time and the woodwork was hit for a second time when Kevin O’Hara’s header hit the post on 93 minutes.

Substitute Robbie Muirhead tried to catch Fon Williams out with a low driven shot from distance on 118 minutes but the keeper was able to save comfortably down to his right.

120 minutes of action was not enough for both sides and it was onto penalties to decide who would progress into the next round. Pars captain Euan Murray went first and Aidan McAdams got off to a great start by making the block.

Craig Wighton, Brian McLean, Iain Wilson, Gary Oliver, Lewis McCann and Cameron Blues scored with the shootout at sudden death before McAdams saved from Lewis Mayo to leave Lewis Strapp with the chance to win it.

The youth academy graduate stepped up and nonchalantly sent Fon Williams the wrong way to confirm his team a place in the next round.

Duffy: We can take belief from Rangers game