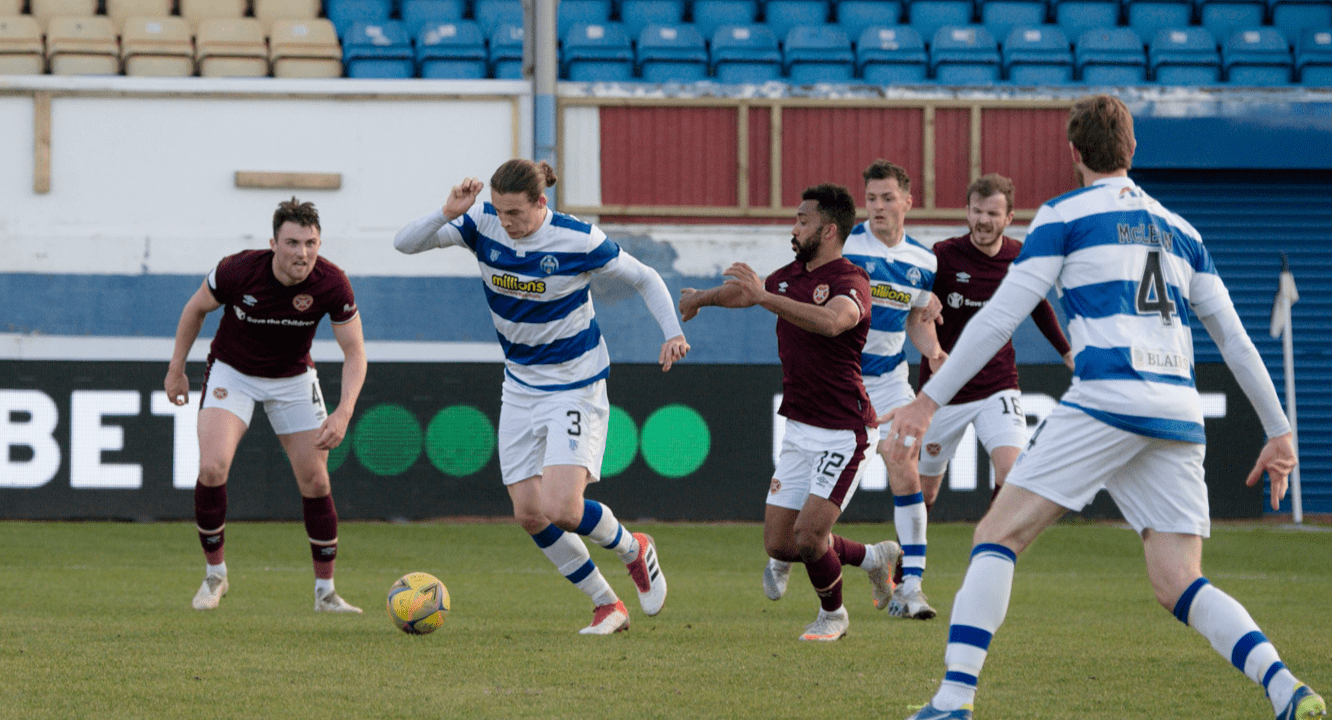 
Morton gained a valuable point on Tuesday night as they held league champions Hearts to a 0-0 draw at Cappielow in the Scottish Championship.

In anticipation for the match, Manager Gus MacPherson made just two changes to the side that were knocked out of the Scottish Cup last Friday night with Lewis Strapp and Kalvin Orsi coming in for Craig McGuffie and Robbie Muirhead.

Kalvin Orsi almost immediately showed his worth coming back into the starting eleven with only 45 seconds on the clock, the forward received the ball just inside the box and smashed it off the post with a first time shot that almost caught Craig Gordon out.

It was clear that the ‘Ton had taken Friday’s performance against Motherwell into the clash against the newly crowned league winners and Brian McLean had another fantastic chance for the team on 28 minutes. The defender received a cut back in the box to divert a shot straight towards Gordon who caught it without any hesitation.

As half-time came, the Sinclair Street side were the most optimistic of the two after an opening display that showed encouraging signs in front of goal. Meanwhile up the other end of the park Aidan McAdams was witnessing a very solid defensive display from his back four that gave him very few problems from the Jambo’s front line.

McAdams was called into action for the first time on 49 minutes, stopping a shot from Armand Gnanduillet after the forward managed to snap a shot towards goal that the ‘Ton keeper pushed out for a corner.

Although the Greenock men would have been satisfied with a point, the game was there to be won and Aidan Nesbitt floated a ball into the box for Kyle Jacobs who headed the ball over the bar as they looked to try get a goal to secure a massive three points.

With the full-time whistle nearing, Gus MacPherson elected to give youth academy graduate Alexander Easdale his league debut with a few minutes to go and the 21-year-old brought plenty of pace to the game as the ‘Ton maintained high pressure on the champions to hold on to a vital point.

Depsite holding on, you could see signs of disappointment from the hosts as they felt it was a game they could have won considering the very minimal chances created by the visitors however as MacPherson stated post-match he could not ask for anymore from his players and was delighted with the overall performance.

Next up for Morton is their final home game of the season as they host Alloa Athletic at Cappielow in a crucial Scottish Championship match.

GORDON RITCHIE APPOINTED TO GREENOCK MORTON BOARD OF DIRECTORS