Morton’s promotion play-off hopes were left hanging by the thinnest of threads after suffering a hugely disappointing 1-0 defeat against Queen of the South at Cappielow today.

Doonhamers striker Lyndon Dykes scored the only goal of the game to leave a listless Ton requiring a remarkable run of results to have any chance of making the top four.

Rivals Dunfermline Athletic and Dundee United, who have a game in hand, won their respective fixtures, leaving the Sinclair Street side trailing both clubs by five points with just six to play for.

Tuesday night’s last-gasp victory over Dumbarton kept them in the running and set them up for the visit of Gary Naysmith’s side.

Greenock gaffer Jim Duffy made five changes to the team that bested the Sons, with two of those enforced upon him by injuries to Derek Gaston and Michael Tidser.

Goalkeeper Gaston injured his hand against Dumbarton and had to be replaced by Conor Brennan, and the Northern Irishman continued between the sticks, making his first home start since joining in January.

Tidser also made way in the same game with a neck injury, and he, Robert Thomson, Gary Fraser, and Frank Ross made way for Andy Murdoch, Bob McHugh, Mark Russell – deployed as a centre-mid – and Scott Tiffoney.

Hitman McHugh uncharacteristically missed a gilt-edged chance in midweek, and his confidence seemed to have taken a slight dent as he passed up a couple of early opportunties at the weekend.

With 15 minutes gone, he expertly controlled a high ball over the top, span and whipped a low shot at goal – one that would have finished in the net but for a slight flick off the legs of goalkeeper Alan Martin.

That the aforementioned attempt did not finish in the net was down to a fine save, but McHugh will feel he should have got his name on the scoresheet on 23 minutes.

Tiffoney fired over an inswinging cross that the forward did well to get under control at the near post before scooping his hooked half-volley on the turn over the crossbar from around six yards.

At the opposite end, stand-in stopper Brennan was forced to earn his corn, beginning just before the half-hour mark with a smart save down low to his left to turn Stephen Dobbie’s powerful low drive around the right post.

He produced an important block minutes later. This time he dived to his right to palm Dykes’ header away from goal after Dobbie had picked out his strike-partner with a precise cross from the left.

The goalkeeper was proactive in the box and did well to charge off his line and punch a dangerous free-kick clear after Gary Harkins was incorrectly penalised, and booked, for a challenge on Josh Todd.

McHugh was presented with the last word of the half when Harkins picked out his near-post run with a whipped cross. He tried to guide the ball on past Martin but got under the effort and it looped beyond the upright.

Notwithstanding McHugh’s hat-trick of attempts on goal, Ton had been lethargic and lacking in a spark that would’ve been expected following Tuesday’s dramatic win and were fortunate to be on level terms at half-time.

They continued to rely on lady-luck into the second half, most heavily on 51 minutes when the frame of the goal denied Dobbie the opening goal.

The division’s top marksman drove into the Ton box down the inside-left, pulled the trigger with his left foot but didn’t quite catch it right.

The ball still bounced in an awkward manner that saw it evade Brennan’s sprawling dive before kindly rebounding off the inside of the right post and out to safety.

Morton almost made the most of the break when Harkins lined up a fine free-kick 22 yards out to the left of centre after he was bundled over by Kyle Jacobs.

His curled effort over the defensive wall looked to be creeping inside the left upright until Martin sprung across his goal-line to beat down into the ground.

McHugh reacted quickest and met the rebound with a looping header that landed on the roof of the net, and his agony was exacerbated on 56 minutes.

After doing well to close down Martin and force him to shell a clearance against him, the Ton No.11 rounded the keeper but was forced a little too wide on the left.

Instead of selfishly going for goal from an extremely tight angle, he attempted to pick out John Baird with a pull-back only to see it intercepted and stabbed clear by the recovering Jacobs.

Ton had been sorely missing a spark of ingenuity, and Harkins almost provided it with an incredible 60th-minute dribble that saw him waltz through the Palmerston outfit’s midfield.

Just the final pass was lacking as his attempt to stab the ball through a defender’s legs for McHugh outside him on the right was overcooked and ran out for goal-kick.

After enjoying a huge slice of fortune earlier in the half, Ton’s luck ran out on 69 minutes when Dykes side-footed a Thomas cross against the inside of the left post only to see the ball rebound straight to him for a tap-in.

The hosts still had 21 minutes to save their season but strangely struggled to muster a response that matched the desperation of the situation.

Their only real chance of note in the closing exchanges was a 93rd-minute bullet header from star man Harkins that looked in until Martin acrobatically clawed the ball over the bar.

Although it is still mathematically possible for the Ton to crack the top four, this loss left them requiring snookers and victories in their two remaining matches to have any chance. 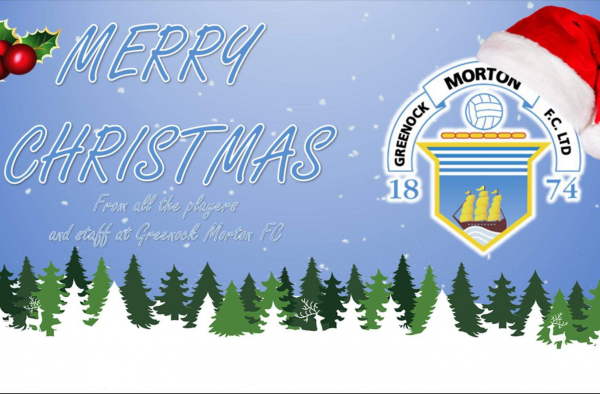 We would like to thank everyone who has supported Greenock Morton Football Club throughout the past year.2020 has, in…