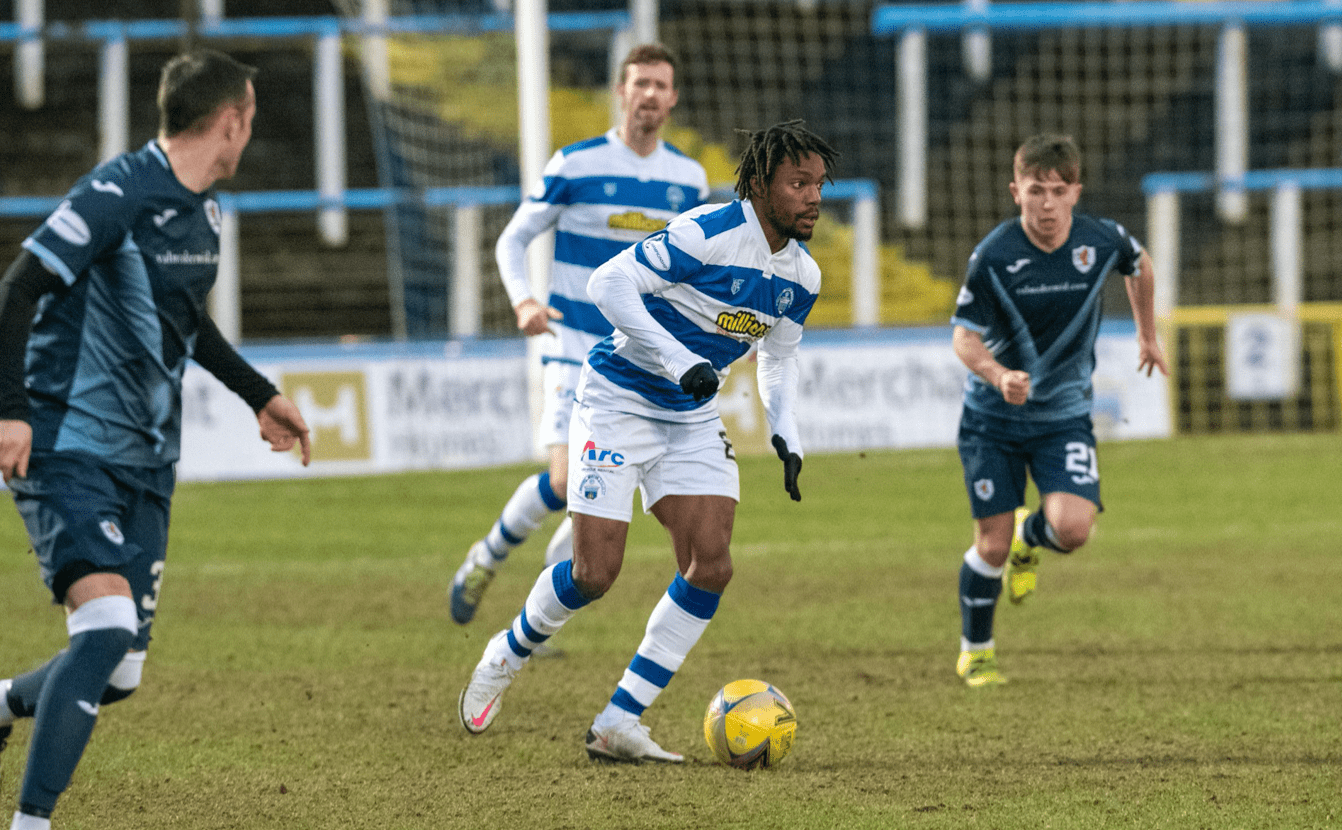 
Morton recorded their second home defeat in a row on Saturday as they fell to a 1-0 loss against Raith Rovers at Cappielow in the Scottish Championship.

New loan signing Kazaiah Sterling sat on the bench as interim manager Anton McElhone made just one change to the side that lost to Arbroath the week before with Luca Colville coming in for Robbie Muirhead.

As the Greenock gaffer said pre-match his players needed to take their opportunities and newly appointed club captain Sean McGinty almost provided the perfect start for the ‘Ton on 6 minutes when he collected the ball out wide before beating his man and running into the box to pull the trigger on a shot that went over the cross bar.

Despite encouraging signs shown early on from the Sinclair Street side, the visitors would take the lead on 12 minutes. A free-kick from the right was swung into the box by Dan Armstrong to find skipper Iain Davidson who headed the ball passed Aidan McAdams and into the net to make it 1-0.

It proved to be another frustrating afternoon for the ‘Ton with very little chances being created but there were shouts for a handball in the box after a Cameron Blues shot was blocked on 35 minutes however referee Chris Graham waived away any appeals.

The second half would be much of the same with the home side remaining flat for the large majority, if truth be told, and John McGlynn’s Rovers had a great chance to double their lead on 59 minutes after Jamie Gullan snapped a shot towards goal which McAdams reacted to by making a quick save.

McElhone attempted to turn the game in his side’s favour by switching up his system, replacing Craig McGuffie with debutant Kazaiah Sterling as he encouraged a more attacking approach heading into the last 20 minutes.

Aidan McAdams was called into action again on 68 minutes this time denying Kai Kennedy of a goal by blocking his effort in the middle of the goalmouth before reclaiming the loose ball and being awarded a free-kick.

The Greenock side continued to struggle in their attempts to create any meaningful opportunities, however, and too often resorted to dropping long balls into the box.

In the end there would be no equaliser and Raith Rovers left Greenock with maximum points, leaving the hosts rueing an inability to get the ball over the line that has characterised a number of games this term.

The ‘Ton now go seven games without a win and turn their attentions to making the long journey to the Highlands on Saturday to take on Inverness Caledonian Thistle.