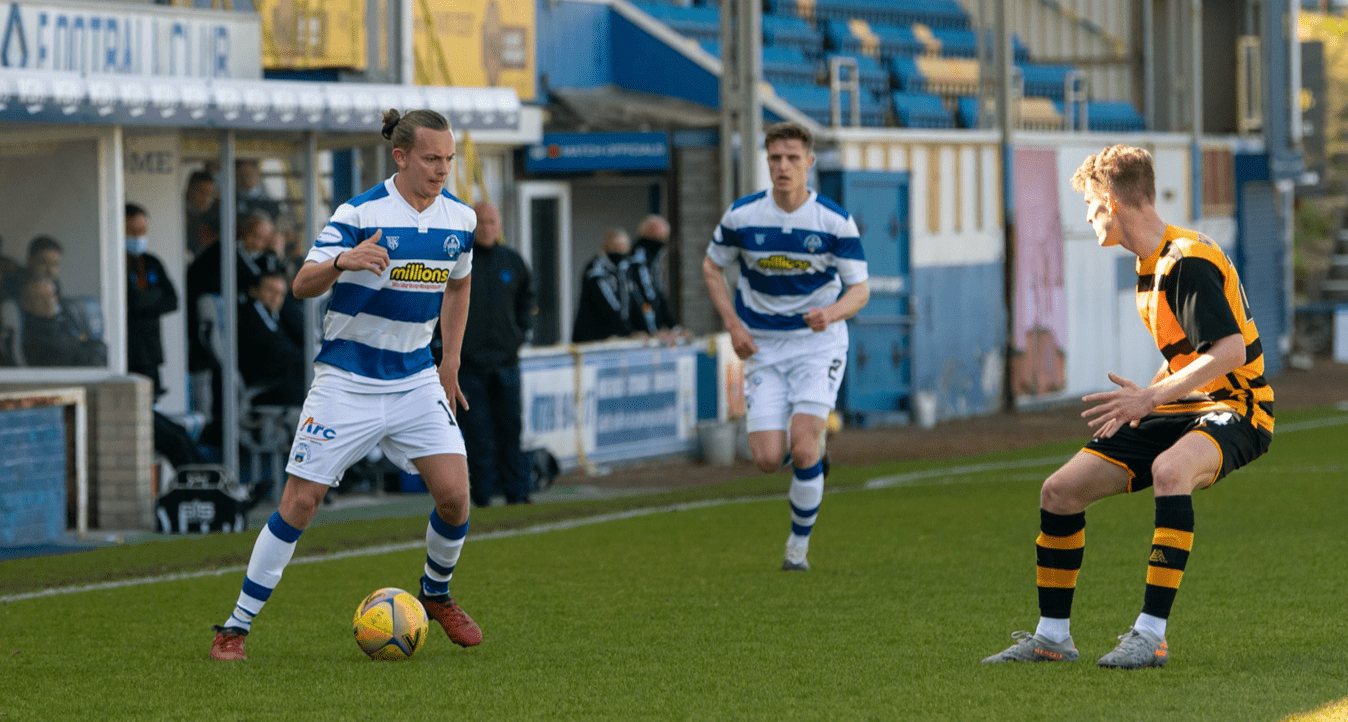 It was a missed opportunity for Morton on Saturday as they were held to a 1-1 draw with Alloa Athletic at Cappielow in the Scottish Championship.

On the penultimate league game of the season, manager Gus MacPherson made just one change to the side that drew with Scottish Championship winners Hearts midweek with Robbie Muirhead coming into the starting eleven for Reece Lyon who dropped to the bench.

With the stakes never higher, the ‘Ton almost got off to a fantastic start in the first minute when Aidan Nesbitt slotted Kalvin Orsi through on goal but the forward couldn’t get his footing in place and fell over the ball.

The home side enjoyed large spells of possession throughout the first half as they looked to break down an already relegated Alloa side who had nothing to play for and Nesbitt got the first real sniff at goal on 18 minutes, forcing Neil Parry to make a save after the winger got on the receiving end of a Lewis Strapp cross from the left.

An encouraging opening 45 minutes as the Sinclair Street side looked for that opening goal to work towards getting a massive three points.

However, like many occasions this season, the script was flipped and the visitors went ahead on 49 minutes when Innes Cameron rose above everyone in the box to head home a well delivered corner, making it 1-0.

Gus MacPherson urged his team not to lose confidence and get back into the game and they did exactly that on 55 minutes when an Aidan Nesbitt corner dropped down in the box to the feet of Markus Fjørtoft who volleyed his shot straight into the back of the net for the much needed equaliser.

The ‘Ton boss made a double changed on 67 minutes, bringing Gary Oliver and Craig McGuffie on for Robbie Muirhead and Lewis Strapp as they looked to attack further and get the winning goal.

McGuffie went close on 80 minutes, receiving the ball on the right wing before cutting inside and unleashing an effort that whisked just over the cross bar.

Despite pressing forward desperately trying to get a late goal, the Wasps defended well and cut off any sign of a Morton attack as the referee blew for full-time confirming one point on board.

Next up for the Greenock side is the final league game of the season as they travel to Arbroath on Friday night for a crucial encounter that could very well determine their fate in the second tier for next season.

Gary: I was planning celebration as I stepped up