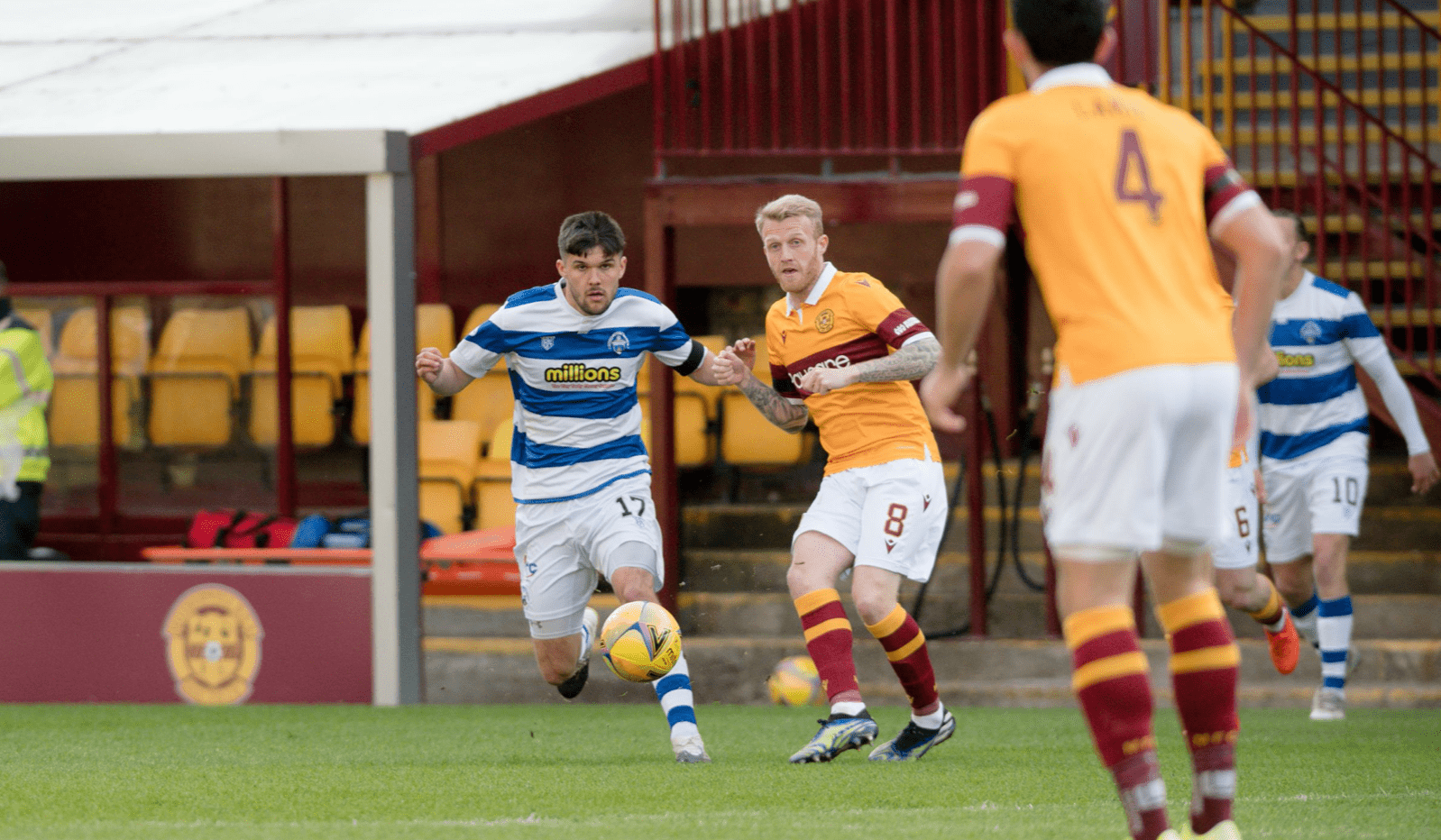 It was a valiant effort from Morton on Friday night as they lost a penalty shootout to Premiership side Motherwell in the Scottish Cup fourth round.

Scotland internationalist Stephen O’Donnell’s goal in the final few moments of extra time looked like the goal that was going to send his side into the next round. That was until the ‘Ton provided an instant response when Markus Fjørtoft headed in the equaliser from an inch perfect corner delivered by academy graduate Lewis McGrattan.

Manager Gus MacPherson made only two changes to the team that drew 1-1 against Dundee the week before with Craig McGuffie and Reece Lyon coming in for Lewis Strapp and Luca Colville.

It was a fairly comfortable opening half for the Greenock men as they controlled the game and were sharp in capitalising every time the hosts gave the ball away.

And they had a massive chance to go ahead on 24 minutes when Reece Lyon done superbly by knocking the ball passed Ricki Lamie to create a one on one with Liam Kelly but the midfielder couldn’t get the ball around the ‘Well keeper allowing him to make the important block.

The visitors were clearly fired up, determined to provide an upset and they enjoyed large spells on the ball as Graham Alexander’s men sat in and defended waves of Morton attacks.

Aidan Nesbitt in particular was creating plenty of room for himself on the left wing as he danced around right-back O’Donnell who seemed helpless in dealing with the winger’s first touch, speed and skill during the first half.

Both sides would go in goalless at the break with Gus MacPherson’s side unlucky not be leading after a very positive display.

As the second half commenced, the hosts started to get into the game a bit more as the ‘Ton began to defend for the first real  time in the game and Chris Long tried had an effort on 47 minutes but his shot was well saved by Aidan McAdams.

Devante Cole had two chances to put his side ahead, one on 53 minutes and the other on 67 minutes, but they proved to be no real threat for McAdams and both went over the cross bar.

Nesbitt delivered another fantastic ball into the box that was met by Michael Ledger on 80 minutes but his connection towards goal was collected by Kelly.

With both sides being unable to find a way through to find a winner in 90 minutes, extra time would be played.

Chris Long had a massive chance from a few yards out on 98 minutes after a quick counter attack by the Steelmen provided the front man with the opportunity to put his side ahead but thankfully his shot ricocheted off the post.

It was looking like we were heading to a penalty shootout until a heartbreaking moment in the last few moments saw Stephen O’Donnell take a chance from outside the box and blast his shot passed McAdams to make it 1-0.

Whilst it seemed like the sucker punch on a very impressive performance, the ‘Ton still showed fight and desire to get level and in dramatic fashion they provided an immediate response. A corner on the right whipped into the box by Lewis McGrattan found Markus Fjørtoft who rose above everyone else to head passed Kelly in the last few seconds to take the tie to penalties.

O’Hara, Orsi, Cole, Jacobs and Long all scored their spot kicks but Kelly denied captain Sean McGinty before Hastie and McLean scored to make it 4-3.

Stephen O’Donnell stepped up to score and take his side through to the fifth round, ending Morton’s 2020/21 Scottish Cup campaign.