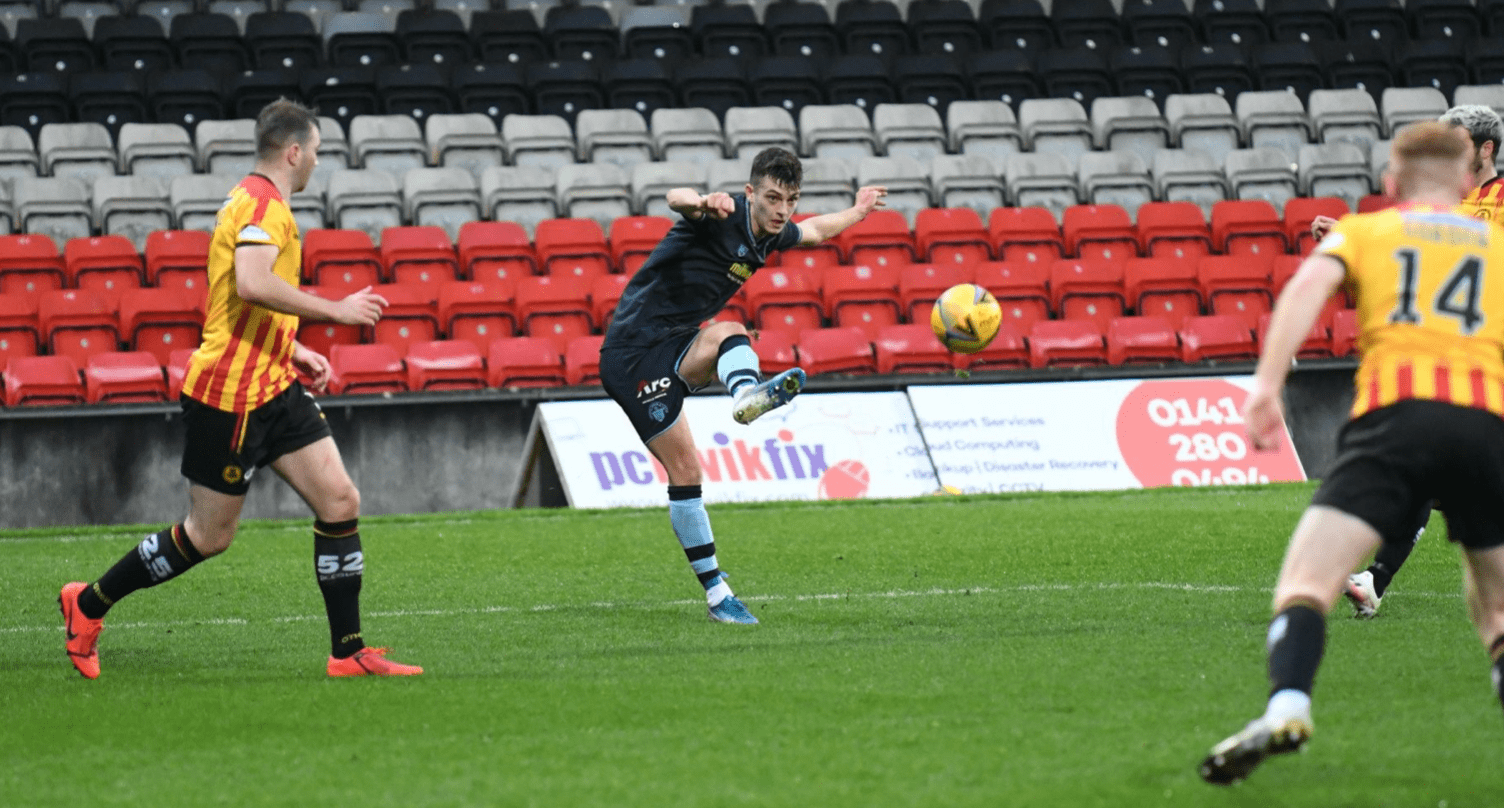 
Morton had to endure the heartache of a second penalty shootout defeat in four days on Saturday afternoon after their Betfred Cup match with Partick Thistle finished 0-0 after ninety minutes.

Manager David Hopkin had always made clear that he would use the round of group fixtures as an objective to get game time for his squad and so he announced five changes to the side that had drawn with St Mirren in the Renfrewshire Derby on Wednesday night.

The ‘Ton opened proceedings by taking the game to their hosts with a flurry of attacks and set-pieces that produced three headed opportunities in the first eight minutes. Both Marcus Fjortoft and Kyle Jacobs saw their efforts clear the bar whilst Ross Maciver flashed a header wide from a Lewis Strapp throw-in that was flicked onto him.

Gradually Thistle came back into the encounter and a thunderous Breen strike from outside the box just after the quarter-hour mark shot past the post but it was the Greenock side who were controlling the match.

Morton continued to press and some great work from Luca Colville concluded with a deliciously inviting chip across the box that was inches away from the head of Maciver.

Strapp, on his 50th appearance for the club, was also using his range and accuracy with powerful throw-ins and in injury-time in the first-half such a set-piece was once again knocked on by Fjortoft but Thistle ‘keeper Wright smothered the ball as Brian McLean slid in to connect.

The Firhill side started the second period in strong fashion with a number of attacks but it was Morton who had the ball in the net when Maciver latched onto a Fjortoft flick but the striker was adjudged to be offside.

The same player was denied again 10 minutes later when he headed home from a McGinty knock-on but the referee blew the whistle for what he deemed an infringement in the build-up.

The ‘Ton upped the pressure as Jacobs sliced a shot wide before Wright spilled a Lyon drive but recovered to collect the ball.

The goalkeeper was again forced to react when a meaty Strapp strike from distance was touched over the bar on the 75th minute.

The Manager had made a number of substitutions as the closing stages ebbed and flowed but when referee Kirkland blew for time it was back to the penalty shootout again.

Jacobs and McGinty despatched their kicks but James Wallace and Rabin Omar were unlucky to see their efforts saved and the Jags ran out 4-2 winners.

And so, the ‘Ton ended their Beftred Cup campaign for the current season unbeaten after ninety minutes against Queen of the South, St Mirren and Partick Thistle and with a home victory over Queen’s Park.

Speaking exclusively to the Club website, David Hopkin said that he was proud of that achievement and concluded that, “I think the supporters can see we are going in a good direction and everyone from myself, Anton (McElhone), Dave (Timmins) and the players are working hard for each other. We concentrate on our league form now starting with Arbroath next weekend.”