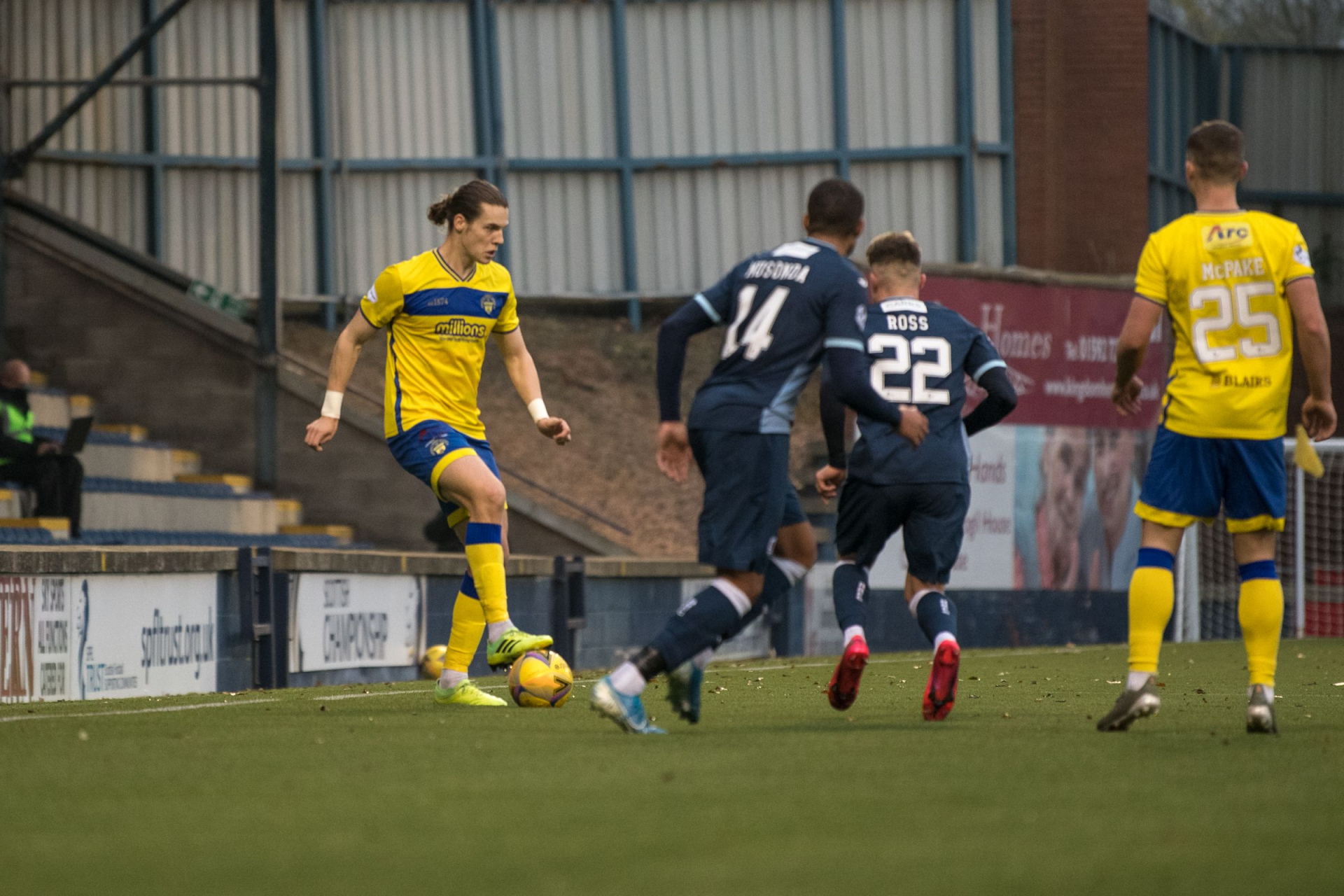 Morton went down to defeat in Kirckaldy on Saturday as they lost 5-0 to Raith Rovers at Stark’s Park in the Scottish Championship.

David Hopkin’s side were reduced to ten men in the first half after club captain Jim McAlister was shown a controversial straight red card from referee Willie Collum and the hosts capitalised on the extra man advantage.

The ‘Ton had recorded a morale-boosting win against Ayr United seven days earlier, and the Greenock gaffer made just two changes to his team with Gary Oliver and Kyle Jacobs coming in for Aidan Nesbitt and Cameron Salkeld.

John McGlynn’s Rovers were undefeated so far in the league and their good form showed straight away as Ross Matthews had the first real chance of the game from a free-kick on 7 minutes. The 24-year-old managed to curl his effort around the wall but thankfully the ball went into the side netting.

Another chance for Raith Rovers to go in front came on 11 minutes as Frankie Musonda tried his luck from around 25 yards out but goalkeeper Aidan McAdams was quick to react and push the ball out from the danger area.

A penalty was awarded to Raith Rovers on 19 minutes as Lewis Strapp was adjudged to have brought down Danny Armstrong inside the box. Armstrong stepped up to hit the resulting spot-kick and slotted the ball passed McAdams for the first goal of the game.

Raith doubled their lead on 24 minutes when a cross into the box by Ethan Ross on the left was met by the head of Frankie Musonda, giving the ‘Ton a mountain to climb.

The visitors continued to work hard, though, looking for openings and created a couple of half-chances that would have brought them back into the game.

The turning point of the match, however, arrived on 37 minutes as a collision in the middle of the park saw referee Willie Collum show captain Jim McAlister a red card and the ‘Ton were reduced to 10 men.

The Sinclair Street side would go in at the half-time interval, two goals and a man down but would be looking to regroup for a renewed effort in the second half.

Raith Rovers and Armstrong added a third just three minutes after the restart, tapping in a low driven ball across the box by Ethan Ross to secure his second goal of the game.

The hosts continued to use the extra man advantage and punished the ‘Ton on 54 minutes. Regan Hendry played a direct pass to Ross Matthews inside the box who, from a few yards out, pulled the trigger on a shot that went passed McAdams to make it 4-0.

Rabin Omar did offer some hope on 68 minutes when he tried his luck from outside the box but the resulting shot, although looked to be going in on first glance, went wide of the right post.

Eight minutes from stoppage time, Fernandy Mendy added a fifth, sweeping home from a few yards out after a knockdown by Lars Lokotsch.

It was a difficult afternoon for the Greenock side and manager David Hopkin had no doubt that the red card had made a significant difference to the contest. Speaking to the website, he said, ”We’ve had a look at it and thought the decision was a bit harsh. Overall, we’re disappointed as we conceded a soft penalty and from set plays. However, the boys are giving me their all out on the park and we move on to the midweek match in Paisley.”

As the manager pointed out, the ‘Ton now turn their attention to Wednesday’s Renfrewshire Derby against St Mirren in the Betfred Cup.

Match highlights from Saturday's 1-1 draw with Dundee United at Cappielow on matchday 16 of the Ladbrokes Championship season,…