Morton Under-20s were held to a 2-2 a draw in their opening game of the 2016/17 Development League West campaign after opponents Stranraer scored a last minute equaliser to snatch a share of the spoils at Stair Park tonight.

Andy Millen’s team went 2-0 ahead thanks to a Jamie McDonagh double but the Blues, coached by former Ton midfielder Allan Jenkins, pulled one back through Evan Maley before sub Adam Lawrie netted with a stunning volley to earn his side a point.

Striker Thomas Orr recently returned from a short loan stint at Livingston. He looked eager to impress back in Ton colours and had the ball in the back of the net after 31 minutes but his tap-in was ruled out for offside.

The Cappielow club didn’t have long to wait to break the deadlock, though, McDonagh riding a desperate challenge from the last man before bursting clear and slotting a cool finish around goalkeeper Craig Burns on 34 minutes.

Northern Irishman McDonagh doubled his and his side’s tally within sixty seconds when he stunned a Mark Russell cross with his first touch and then rifled a left-footed half volley inside the upright.

However, forward Maley hit back for the hosts almost instantly by stretching to stab past Jamie McGowan and into the Ton net after a cross from the left took a wicked deflection and span away from the shot-stopper.

The goal rounded off a crazy three-minute spell and threw Stranraer a lifeline their first-half performance did not merit but would prove crucial when sub Lawrie left McGowan with no chance of stopping his stunning, dipping strike in the final minute. 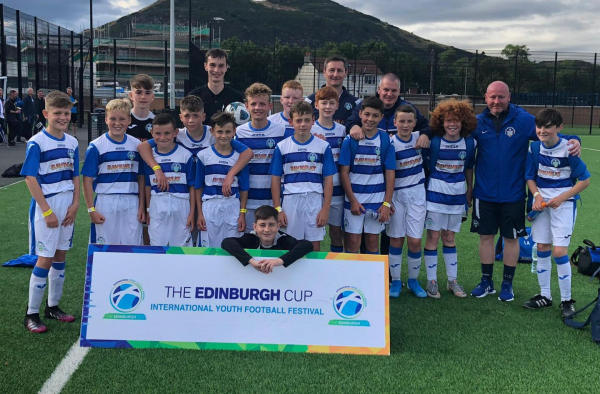