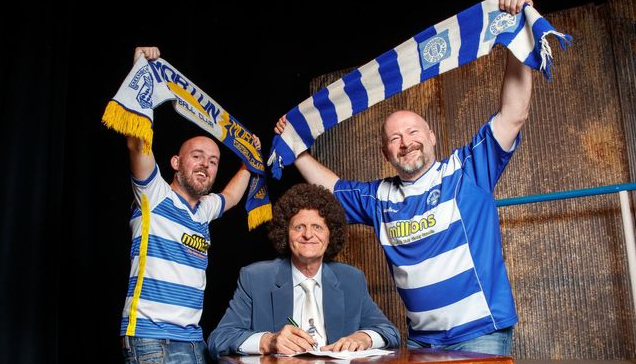 MON EH ‘TON! returns to the Beacon by popular demand to commemorate the 100th anniversary of the mighty ‘Ton winning the Scottish Cup. The show tells the history of Greenock Morton Football Club in a funny and poignant way.

The show is a comical and dramatic telling of the history of Greenock Morton Football Club.  Written, produced, and directed by Davie Carswell, “MON EH ‘TON” was originally staged in 2017 at the Beacon Theatre alongside a Morton exhibition and received excellent reviews.

The play charted the club’s history in an informative yet humorous way and even included a cameo from club legend Andy Ritchie! 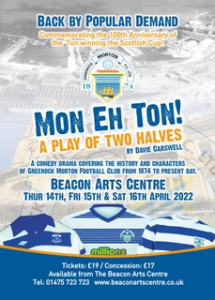 Launched this morning, exactly 99 years to the day since Morton won the Scottish Cup in 1922, the show will return on Thursday 14th, Friday 15th & Saturday 16th April 2022 to commemorate the 100-year anniversary of the ‘Ton winning the Scottish Cup.

Tickets are now on sale and can be bought at the below link: