New Director Joins the Board at Morton

Brian was born in Greenock and is a long time supporter of Morton. His early memories of the Club go back to the 80’s when he returned to the town with his family. He particularly remembers the last season The ‘Ton had their place in the top tier of Scottish football. He only missed one home or away game that season, ironically the match that Morton defeated Rangers 3-2 at Cappielow in front of a crowd of 12,000. The goals for Morton were scored by Collins, Turner and Brian’s all-time favourite striker, ‘Super’ Rowan Alexander. What a game to miss!

He is the Managing Director and owner of respected Glasgow-based fine art auctioneers, McTear’s. The company was established in 1842 and Brian took ownership in 2005. His proudest moment came in 2012 when the business was named Britain’s Best Auction House, an award voted for by the British public in recognition of an outstanding level of customer service. McTear’s remains the only company to have ever won that award.

Brian is Chair of the Ardgowan Hospice Annual Ball that last year raised a record profit, and he also sits on committees for the local Senit Foundation and Marie Curie Hospice Glasgow.

Over the years McTear’s has provided significant support to both the Club and to The Community Trust. Brian is perhaps best known to many Morton fans for his place ‘taking the gavel’ at sports dinners and other charity events.

Brian is extremely proud of his place on the Morton Board of Directors. He will be actively involved in a number of areas including event organisation, matchday hospitality support and the establishment of the Greenock Morton Business Club. 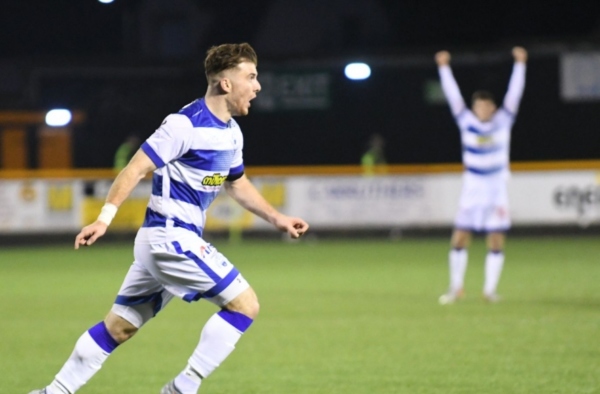 Thomson under no illusions about Falkirk test