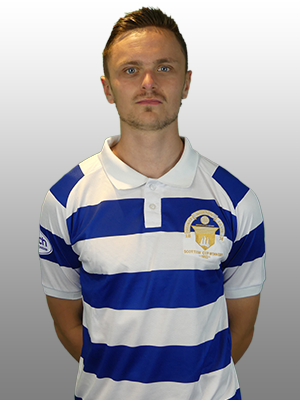 A frontman with excellent movement and an eye for goal, Alexander Easdale made his development squad debut as a substitute in a 3-0 win over Albion Rovers at Celtic’s Lennoxtown training complex in April 2017.

The teenager followed up with another late run-out against champions Queen of the South last Wednesday, in which time he showed flashes of potential as he looked to cause problems in and around the Doonhamers box.

Local lad Zander began his fledgling career with Port Glasgow Juniors before being picked up by Premiership outfit Aberdeen, with whom he spent two years before electing to move on and pursue his football closer to home.

Ton head of youth Derek Anderson moved quickly to recruit the striker for his 14s squad, and he steadily progressed through the ranks before signing a two-year, full-time development contract in June 2017.