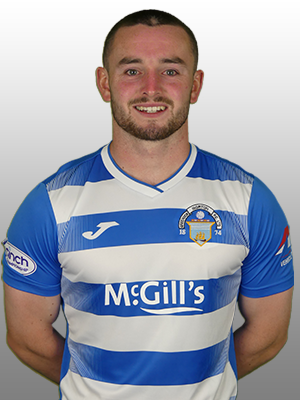 A Dunoon boy, Lewis has been with our youth academy since its inception 2012 and earned his professional contract in December 2015, signing an 18-month deal shortly after his 16th birthday.

His senior debut followed at the beginning of the 2016/17 season when he was handed his first start in a Betfred Cup Group H tie away at Albion Rovers on Saturday 16 July.

An old fashioned left-back who is strong in the tackle, composed on the ball, capable going forward and with a tremendous attitude to the game and training, Lewis has all the tools to go far in football.

On 18 August 2017, he completed a temporary switch that saw him join League Two outfit Elgin City on a development loan until 4 January 2018.

He made a further six Ton appearances either side of a loan spell at Borough Briggs in season 2017/18 to take him up to a total of seven starts and four substitute outings for the club.