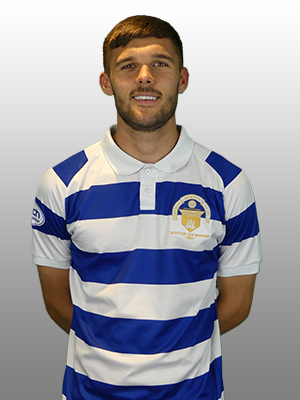 A cultured central midfielder who is tidy in possession, Reece had a spell at St Mirren before joining our youth academy in January 2013.

After a successful second season at Under-17 level, he signed two-year professional contract in June 2017 and went on to establish himself as a regular starter in the 2017/18 Development League West title-winning team.

Local lad Reece was handed his first-team debut aged 18, coming of the bench in an Irn-Bru Cup tie at Dumbarton on 14 August 2018.

The Greenock-born youth academy graduate made his first senior start away at Queen of the South on 30 October 2018 and marked the occasion by scoring a spectacular first goal for the club to secure a 2-1 victory.