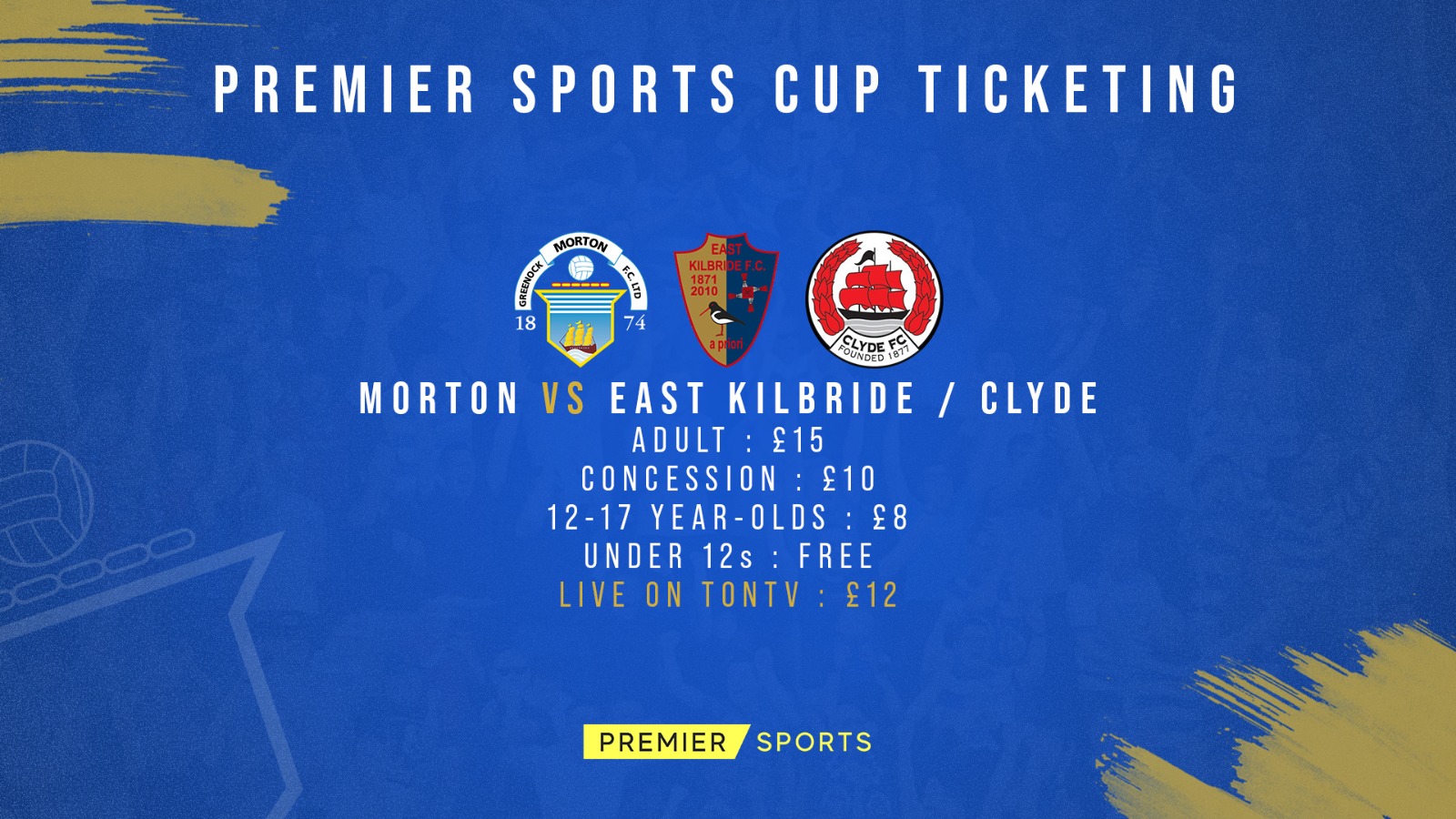 The club can now confirm that ticket prices for the upcoming Premier Sports Cup matches have now been agreed.

Entry to both our home matches against East Kilbride on Tuesday 13th July and Clyde on Saturday 24th July will be priced as follows:

We are currently awaiting confirmation from the authorities around how many supporters we will be able to welcome to Cappielow for these upcoming games.  We hope to have confirmation of this soon and tickets will go on sale later this week – we will provide full details of this in due course.

We are also pleased to confirm that we will be offering all last season’s season ticket holders the opportunity to pick up a ticket to the East Kilbride game free of charge.

It was important to the club that we recognised the support of season ticket holders who purchased last season but were unable to attend any of our regular league games in person.  We realise this is only a small token of our appreciation but hope many of you will be able to attend.

Once we have confirmation of the numbers allowed into Cappielow, we will provide a further update on procedures in place for the game, and how supporters can secure their ticket.

For the away games in the group stage, it is our expectation that it will be home fans only at both Stranraer and Kilmarnock but this will be confirmed in due course.