Fifty years ago yesterday, on 30 September 1968, we lost 4-3 to Chelsea in an Inter-Cities Fairs Cup (now the UEFA Europa League) first round, second leg tie at Cappielow in our only European tie to date.

The Morton goals were scored by Borge Thorup, Joe Mason, and Tony Taylor, putting us 3-1 ahead before the Londoners mounted their comeback.

It meant a 9-3 aggregate loss following a 5-0 reverse at Stamford Bridge 12 days earlier, and we asked club historian Niall McGilp to pen a feature revisiting the time the Ton took our place amongst the continent’s elite.

Joe Mason’s goal in the final game of the 1967/68 season secured a 1-0 win for Morton against Hearts. At the time, that was it – a token victory in an apparently meaningless midweek, end-of-season encounter.

The victory meant that we had clinched sixth place in the old Division One. It wasn’t until late June that it emerged that this final position had secured a place in the newly enlarged Inter-Cities Fairs Cup.

It was a European debut for Morton, joining Hibernian, Aberdeen and Rangers in the tournament, and the draw, made on 20 June, paired us with Chelsea.

The prize for the winners of the tie was an encounter against either Hannover of West Germany or Denmark’s BK 1909 Odense, which was, incidentally, goalkeeper Erik Sorensen’s first club.

It was a bittersweet moment, however; for on the same day as the draw was held, it was announced that Ton and Scotland icon Jimmy Cowan had passed away in a Greenock hospital at the tragically young age of 41.

Ton’s early form in season 1968/69 was awful. Drawn in a League Cup section with Rangers, Celtic and Partick Thistle, we lost all six games, scoring just two goals and losing 19, finishing with a 5-0 thrashing by Rangers.

The first leg, at Stamford Bridge, was just 18 days away. The team was similar to the previous season, with one notable addition: Joe Harper, re-signed from Huddersfield Town for £15,000.

Chelsea, by contrast, were the £1million team. They, too, had finished sixth in their league, and featured two Scottish internationals in Greenock’s own Charlie Cooke, and Eddie McCreadie, signed from East Stirlingshire!

John Hollins and Bobby Tambling were full England internationals, and a host of other players had been capped at Under-23 level, and would, in many cases, go on to become full internationals.

In the run-up to the first leg in London, Chelsea were sitting third in Division One, with five wins, three draws and a solitary defeat.

They had beaten Manchester United by four goals to nil at Old Trafford, and had scored 20 goals while losing just eight at the other end.

Morton, by contrast, had won once in eight matches, against Falkirk, and had scored four goals while conceding 20. The stage was set.

‘MORTON MASSACRED AT STAMFORD BRIDGE’ – The headline said it all.

Morton, “seldom less than gallant in their natty mustard coloured shirts and stockings”, held out until the 44th minute, thanks to a fighting rear-guard action, and some “truly remarkable goalkeeping” by Bobby Russell.

The Greenock side played well in the early stages, and the result could have been very different if efforts by Harper, Mason and Tony Taylor hadn’t been blocked or saved.

Chelsea scored twice in the last minute of the half, Osgood heading home a Cooke cross from the right, and Birchenall doing the same from John Boyle’s cross from the left almost immediately thereafter.

Cooke scored a third in 49 minutes following a masterly dribble, and Chelsea coasted through the remainder of the match.

Scotsman Boyle netted a fourth from a 67th-minute head flick, and John Hollins made it 5-0 six minutes from time to complete the rout with a long-range shot.

The sporting Chelsea crowd of 28,736 rose to Morton at the end, and the press remarked that the while the visitors may not have been “hanged”, they had been “drawn and quartered”.

‘IT WAS ALMOST A MIRACLE, MORTON’

Morton’s form had shown improvement in the build to the return leg, with a 5-1 home win against Arbroath in front of 4,000 fans closely followed by a 1-0 away victory over Raith Rovers.

Chelsea, on the other hand, had stumbled somewhat, drawing 1-1 at home to West Ham and 0-0 to Derby County in the League Cup before slipping up 2-1 away at Burnley.

What a change of tone for a second leg that would see over 11,000 fans cram into Cappielow, and for which Morton rang the changes, both in terms of personnel and positions.

Ex-Arsenal trainee Andy Crawford replaced Russell in goal. Gerry Sweeney moved to left-back in place of John Loughlan, who had played his last game for the club and moved to Crystal Palace.

There were more surprising positional changes, particularly involving Dane Borge Thorup, who, despite wearing the No.2 shirt, played throughout as a targetman, leading the line to great effect.

Morton would concede in the third minute, Tommy Baldwin netting following a goalkeeping error, and the home fans must have feared the worst.

There followed 30 minutes of outstanding attacking football from the Ton, in which Thorup equalised with a splendid header within two minutes. Mason had Morton ahead in the night by adding a second on 10 minutes.

By the 27th minute, it was 3-1, courtesy of left winger Taylor. Two decent penalty claims were also turned down by the Dutch referee.

The crowd watched in anguish as McCreadie scooped a shot off the line, and Taylor crashed an effort off the underside of the bar.

Chelsea eventually weathered the storm, and a half-hit Burchenall shot beat Crawford from fully 25 yards to make it 3-2 and Houseman equalised before the interval.

The Evening Times commented that two tragic goalkeeping errors had robbed Morton of a 5-1 lead and congratulated us on our non-stop attacking football and “rummle-em-up tactics.”

The players ran out of steam in the second half as the game descended into a series of niggly fouls and Chelsea’s record scorer, Tambling, notched a fourth six minutes from the end to deny Ton an honourable draw.

The record books may simply state that Morton lost the tie 9-3 on aggregate – but that bare statistic doesn’t tell the whole story. When the dust had settled, Chelsea boss Dave Sexton said: “That was too close for comfort.”

While Chelsea were surprisingly eliminated from the competition in the following round, someone who featured for Morton on the night would not only go on to lift the trophy but would also score in the final.

In a fascinating twist, Danish right-half Preben Arentoft would play his final game for the Ton in February of that season before moving to Newcastle United for a transfer fee of £18,000.

The Tyneside club made it all the way to the final, and Arentoft netted in the second leg against Hungarians Ujpest Dosza in a 3-2 win. I wonder if anyone realised he was ‘cup-tied’? 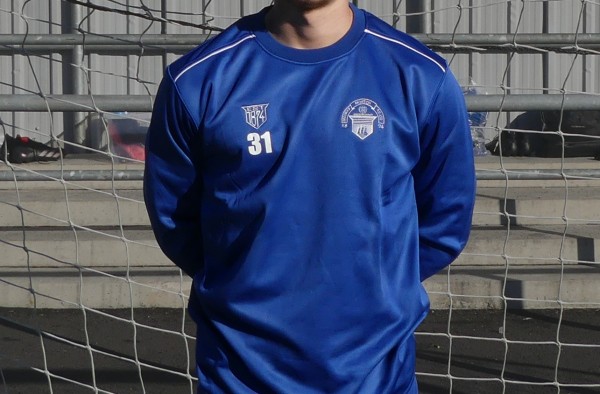 Josh McPake has signed for Morton on-loan from Rangers FC.The young winger, who was the Rangers Academy Player of…